I picked up a couple of great comic books lately. 'Trois Ombres' (Three Shadows) by Cyril Pedrosa is the story of a small family living an idyllic pastoral life torn apart by the arrival one day of three shadowy figures on horseback. Charming character design & exquisite brush drawing make this book a pleasure to read-all 268 pages! 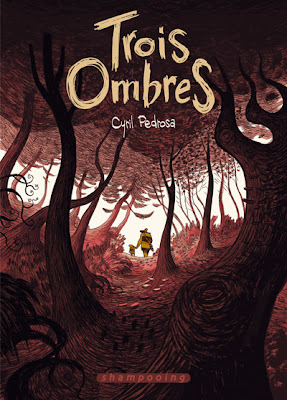 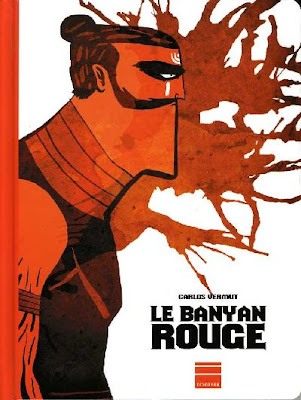 Carlos Vermut's 'LE BANYAN ROUGE' is superb-originally published in Spain, it plays like an Indian version of 'Samurai Jack'. I was really taken with the loose, inky character designs & gorgeous colouring. 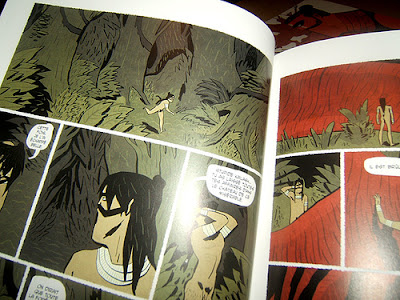 MOEBIUS REDUX - A Life in Pictures

The new documentary on Moebius that recently screened at the Toronto Film Festival is up on YouTube.

A selection of interviews with some quiet, unassuming professional comic book nerds; Giraud calls Ridley Scott 'an enlightened amateur', Phillippe Druillet says American superheroes have no genitals, Dan O Bannon proclaims Moebius was possibly 'the biggest genius of us all' & Jodorowsky would like to 'shit on the U.S.!
Posted by Matt Jones at 8:35 am

They showed The Moebius documentary on BBC 4 a couple of weeks ago..I star to sound like a scratched disk but I have to inform you that I have a recording of it.(I say this in case you wanted to see it)

I bought "Trois Ombres" too.
It is a "Chef d'Oeuvre".
I think I am also going to bought "LE BANYAN ROUGE" now :y)

Now THAT is how to make a documentary. Best thing I've seen in a long time. Thanks for sharing Matt.

Now get back to those yogurt pots!

Thnx Oscar but I've seen it!
Damien-they're expensive books but well worth it.
M@-I liked the Moebius film a lot but could've been LONGER- thought The DitkoDoc. was better. Yogurt pots?

In the beginning of 2008 you could buy in France this comic by David Rubín http://detripas.blogspot.com/2007/10/dove-nessuno-po-arrivare.html (Donde Nadie Puede Llegar) I don't know the title in French but the editor is Rackham.

I really recommend it!!

This documentary puts Ditko firmly in the shade.

We all wish certain things were LONGER matt-we have to make do with what we've got!

I will be getting those comics,thanks for the recomendations Matt.Will check out that documentry too,have you seen any of Jadowrowskys films? You should check them out.

M@-I'm not wishing for something of EPIC proportions just a little bit longer would be nice!

Christian-I've always wanted to see El Topo-hoping to pick up the new DVD when I return to UK @ Xmas.