I finally saw UP-it still hasn't been released in the UK but I caught it last weekend while in France. It's one of Pixar's best-had me crying with sadness & joy. The (beautifully) stylized design of Carl & Russell must have proved awkward to pose but the animators worked wonders wringing emotion from their stumpy limbs! As others have noted the flights of fancy give the film a Miyazaki quality. To enjoy the picture you do have to buy into the conceits of the floating house, canine thought vocalizers, giant birds & dogs piloting aircraft!

On a side note did anyone notice the similarity between Muntz and the Kirk Douglas inspired character from the BIG STORY? I' m not implying any plagiarism but it was great to see the Douglas physiognomy applied to a CG design too.

As usual with Pixar movies the French dub is excellent. Charles Aznavour voices Carl in the version Francais.
I can't wait to see the film again in English & in 3-D! 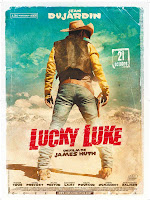 At the cinema I learnt there's a live action Lucky Luke movie coming soon starring Jean Dujardin. Watch the trailer here. It's only been a couple of years since the last animated version.
Posted by Matt Jones at 7:08 pm 12 comments:

Final session of life drawing until the new term begins in September.

Warm up sketches of the other artists, students and colleagues. 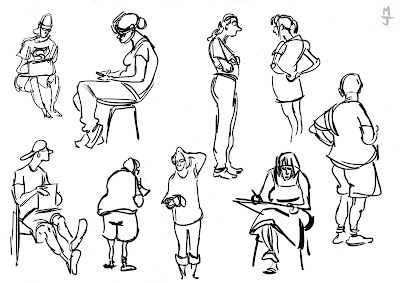 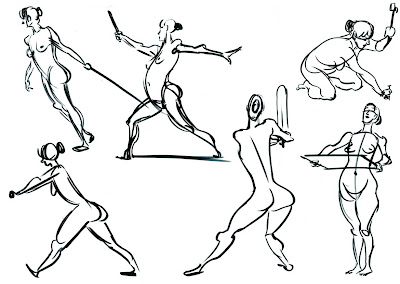 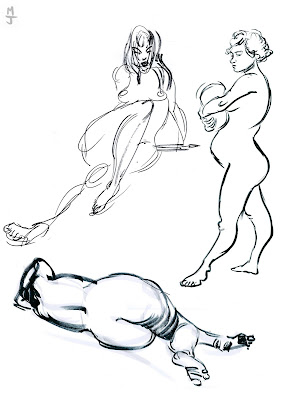 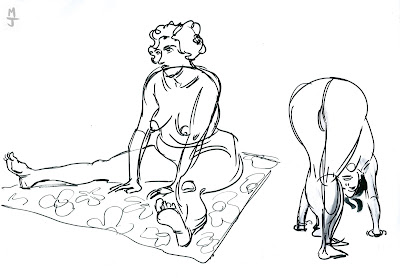 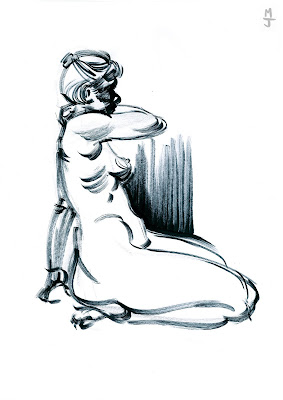 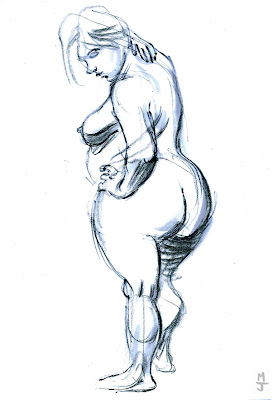 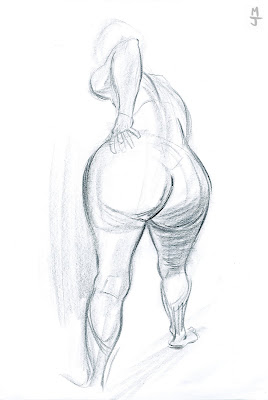 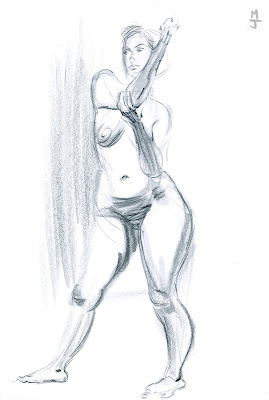