Last week Gerby, Crookie & Boris came to visit. I showed them around Nice & tried to give them a taste of the best parts of the Riviera in the short time we had. 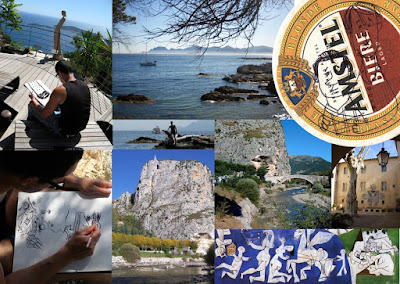 The Gorges du Verdon is France's biggest & most beautiful gorge. We drove 2 hours out of Nice to Castellane & rafted down the river. It was fairly tame with only a handful of pulse-quickening rapids. Things were livened up when the guide pushed Boris into the water, I jumped in voluntarily & a lizard jumped out of the water into Gerby's life vest! 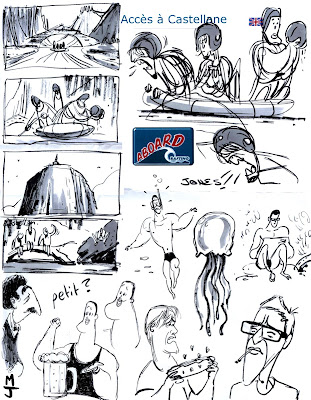 Our guide suggested we tip the raft for fun so we all jumped to the same side & in we plunged. When I tried to re-surface I was somehow trapped underwater beneath the raft. Panicking I managed to get out choking & spluttering. Crookie passed me my helmet which was on his foot! A near drowning in two foot of water was the highlight of an eventful day. It may have been the worst organised trip ever but we had fun despite the fiasco of the car keys, the fly sandwiches & carrying the deflated raft 200 metres uphill! 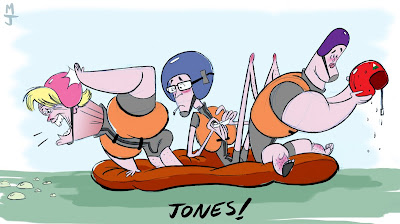 The next day we drove to Cannes & caught the open top bus along the Croisette to the port. There we took the ferry across to Isle St. Marguerite & spent a relaxing afternoon sunbathing, swimming & throwing pebbles at each other. 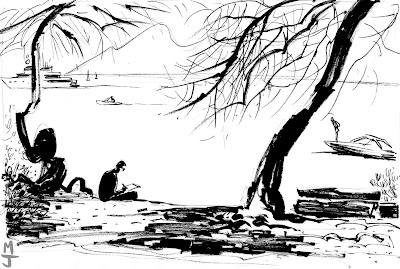 Crookie had a later return flight than the others so on the last day we visited the musée Picasso, Vallauris. Picasso had settled in the town during the late 40s to focus on ceramic works but he also found time to decorate the small chapel with his 'War & Peace' mural. While not exactly Guernica it's a joy to enter into the 'tunnel' & be inside a Picasso painting. 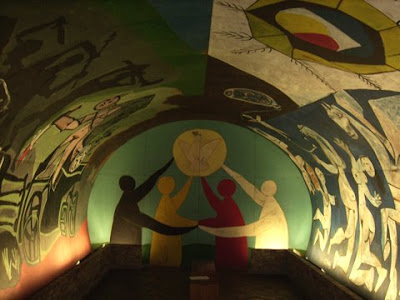 Above is the view as you enter. The peace section looks like this-

-and the war section-

A small collection of ceramic work is on show. I love this stuff-Picasso experimenting with a new medium & having so much fun at the same time.

A couple weekends back Raja & I drove down to Florence & stayed for two nights in the city-a short walk from the famous Ponte Vecchio. I didn't get much drawing done, we had just enough time to relax & take in the sights of this beautiful city. 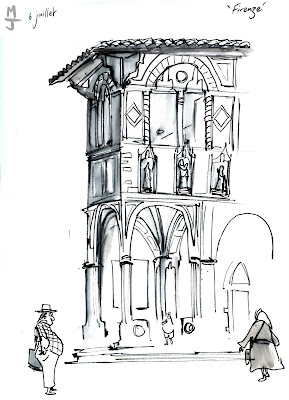 We had a look inside the Duomo but didn't go up-the queue was too long! Instead we toured the Palazzo Vecchio. 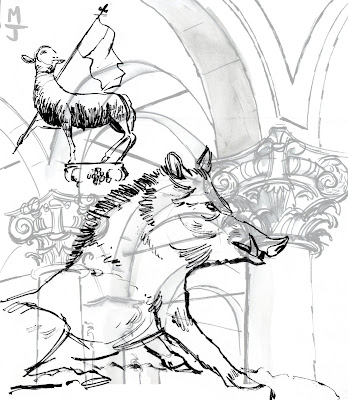 We found the famous brass boar & rubbed his nose for good luck! 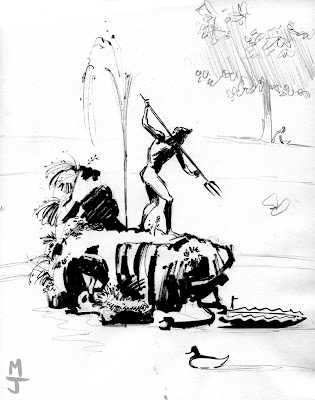 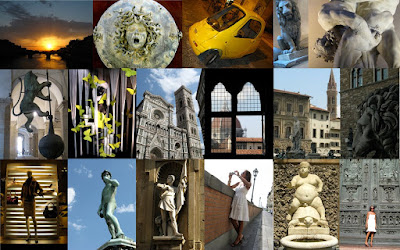 The juxtaposition of Hollywood invading a French seaside town is always amusing. The locals have seen it every year for decades & observe it all with bemusement. 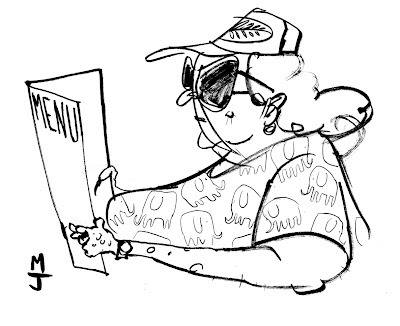 The younger locals like to come down to the Croisette to show off. Semi-transparent dresses with thong knickers just don't work for everyone! 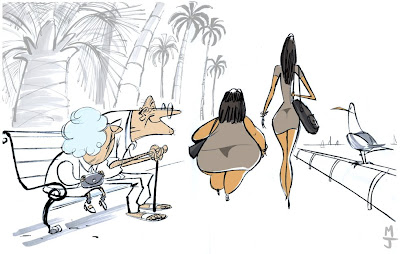 The contrast between the glamour of the film festival & the homeless begging on the streets is striking too. Rich, glamorous folk parade up & down the Croisette with destitute Eastern European families begging at their feet.
Meanwhile cinephiles get so desperate for an invitation to a premier they spend all day outside the Palais pleading for a spare ticket. 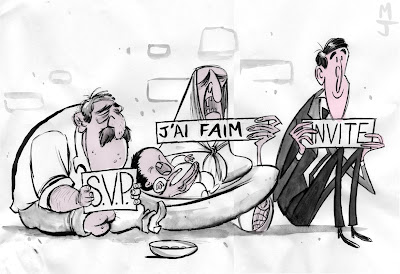 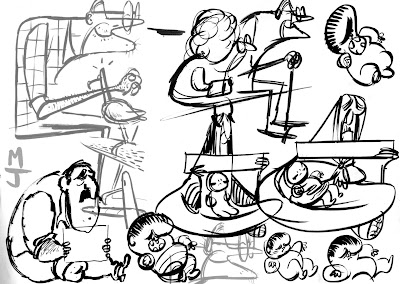 The 'Kung Fu Panda' costumes that Dreamworks had manufactured to plug the movie were funny-while not exactly 'on model' they gave the character a kind of spasmodic goofy charm! 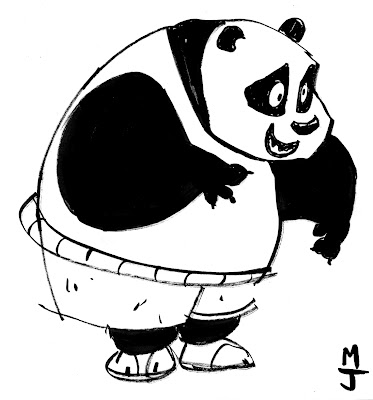