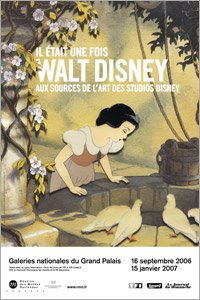 Went to the Disney expo at the Grand Palais last night & was blown away! Hundreds of pieces of original art- Mary Blair paintings, Eyvind Earle backgrounds, Heinrich Kley drawings (some in colour), sculptures, models, projections. There's a mini exhibition within the main show just on Destino. The short was projected with Dali's original sketches surrounding it. 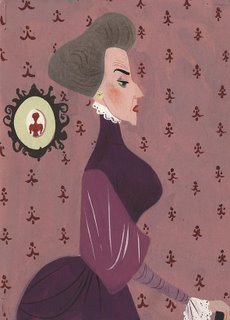 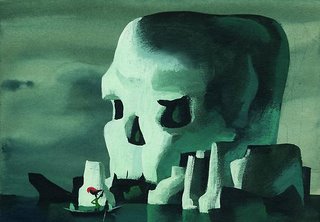 The selection of pieces on display is very well chosen & laid out, leading from the early days with original Ub Iwerks drawing through the influence of European cinema on the early films of the Golden Age up to Alice In Wonderland, Sleeping Beauty & the Jungle Book. A breathtaking, enlightening & inspiring exhibition.And the catalogue is GORGEOUS!!
Pierre Lambert's new book L'Age D'Or was also onsale in the museum shop - it's one of the most lavish books yet published on the artwork of the Disney canon.
It was released to coincide with the exhibition & similarly focuses on the films made while Walt was alive - Snow White to the Jungle Book. 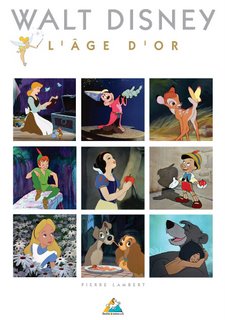 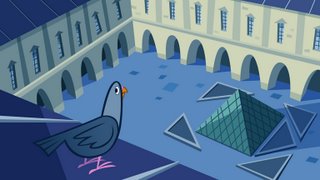 The Louvre, at night! Layout by Francis Buchet. 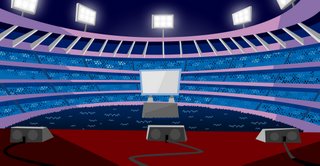 Colour Key for the opening set at a stadium rock concert. The CG boys made every little person move! Layout by Francis Buchet. 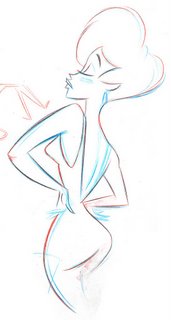 Study of a Tex Avery gal. 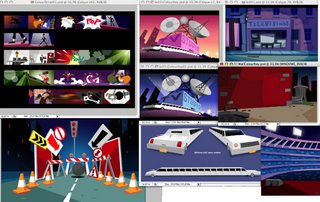 These are some colour keys I made for the show. 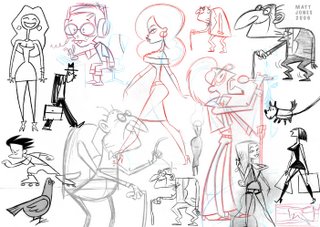 Here are some early roughs for the TV pilot I worked on as my first job in Paris.
Posted by Matt Jones at 4:44 pm 31 comments: 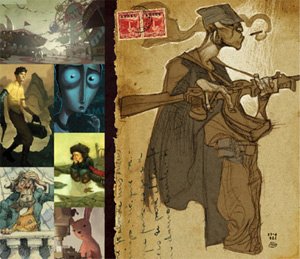 Last night I went along to the OUT OF PICTURE exhibition/book launch at the Arludik Gallery. Several of the artists who contributed to the book were over here to draw for the fans & chat about the show.
I'm working with Bob Camp who knows these guys from his time at Blue Sky so he introduced me to them - they were all very pleasant chaps & happily made drawings in my sketchbook for me.
There were a lot of animation & comic people at the show and the party afterwards. Moebius was there but I didn't get a chance to talk to him, although Bob did. It was my pleasure to meet Pierre Alary & share a few beers with him, he kindly made a unique self portrait in my sketchbook. I also got to meet a couple of the fellas who made BURNING SAFARI - the terrific short from Les Gobelins this year. These guys are SO good! 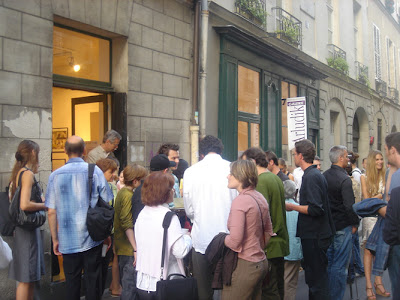