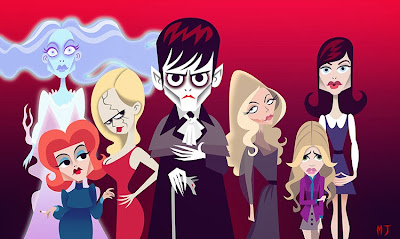 Here's a preview of an image I've working based on Tim Burton's version of 'Dark Shadows' .  I skipped the film in theatres because of its lacklustre reviews but recently picked it up on blu-ray.  It features all of Burton's usual tropes but it's beautifully photographed by Bruno Delbonnel and the production design is INSANELY good.  I became quite obsessed with it and watched it several times, sketching the characters to capture their likeness (a LOT of bee-stung pouty lips in this film).  The film is completely over the top and caricatured but hangs together better than Burton's recent output. 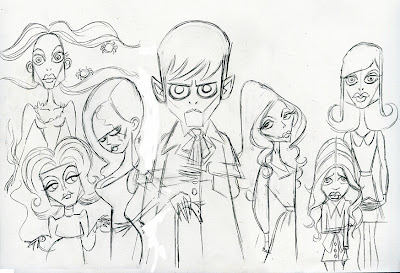 I still have to add two more figures but the triangular composition works well right now.
Posted by Matt Jones at 6:35 pm 6 comments: 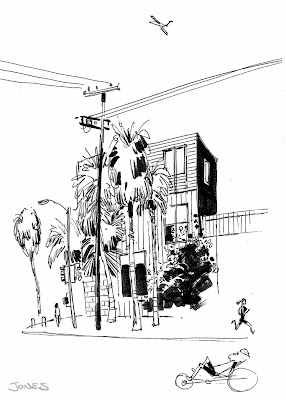 My old chum Matt Cruickshank and I made a geek pilgrimage to L.A. recently  to see master animator Richard Williams lecture at the Academy.  We stayed close to the ocean at Venice Beach and I was able to get out early and sketch before it became too crowded.

Below is the reverse angle of the street above 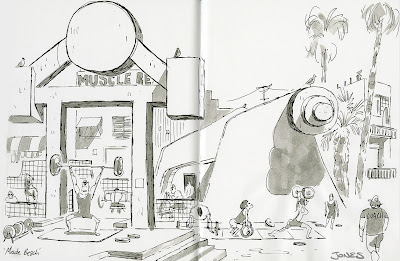 Somehow I've missed 'Muscle Beach' every time I've visited Venice- this time I was determined to draw the famous landmark. At Santa Monica Monica Pier I found the original site - below 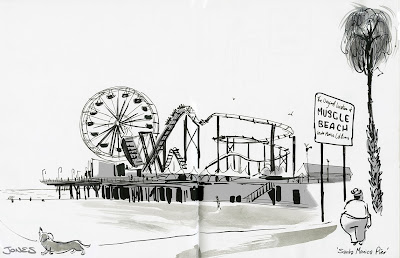 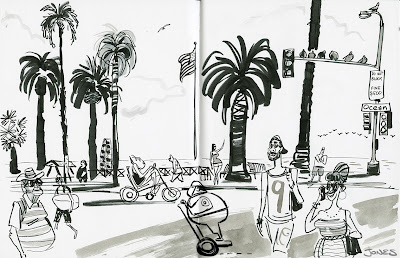 The Google office at Venice- enter through the binocs! 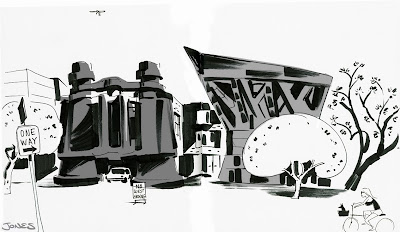 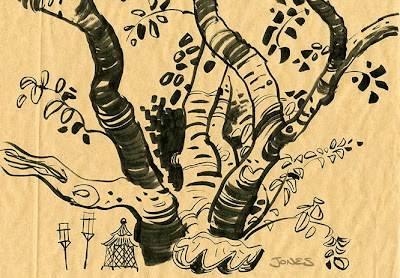