Had a blast at Annecy last weekend. It was a late decision for me to go this year as I didn't plan it & expected all the hotels to be booked up. But at the last moment I was lucky enough to find a central hotel with cancellations & bagged a room. I drove up from Nice on the Thursday & returned Sunday afternoon. 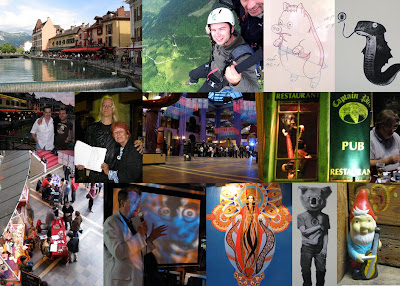 I hooked up with my old pals from Uli Meyer's studio in London. I hadn't seen Uli in a year-look how he's grown! 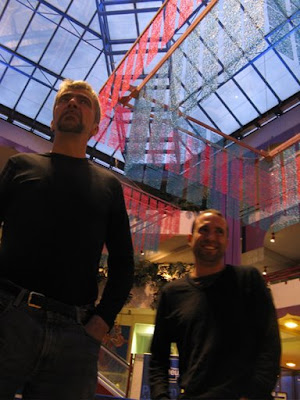 Out on the first evening I bumped into an old friend, Jakob Schuh, director of Studio Soi & teacher at FilmAkademie. We started sketching on themes of dinosaurs & French tarts!

The day after we caught a morning screening of Gabriele Zuchelli's fascinating documentary on animation pioneer Quirino Cristiani. The boys were feeling a little worse for wear. 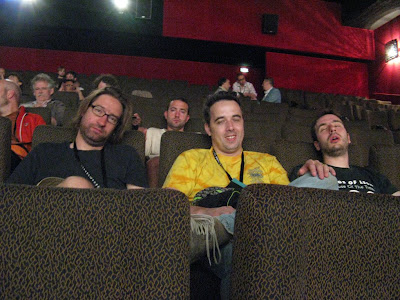 I was educated & enlightened by the film- Cristiani created what is now considered to be the earliest feature length animated film in 1917. He worked with only Emile Cohl's primitive work as a precedent to learn from, inventing new techniques to realise his first satirical masterpiece 'El Apostol'.

Cristiani made his films for a mature audience,cartoons weren't for kids in those days. Animation was perceived as part of an evenings' entertainment & no cute talking animals appeared in Cristiani's films. His background in illustration & newspaper cartooning informed his film-making, they were satirical & political with a strong emphasis on caricature. One can't help but wonder what the situation would be today in feature animation if the medium had followed Cristiani's path & not Disney's? 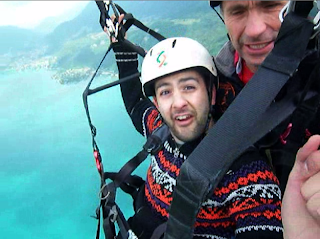 Next day we went para-gliding where we chanced upon Cartoon Brew's Amid Amidi. He was just dropping in from NYC to research his new book 'A guide to what not to eat before jumping off a French mountain'. Animation doesn't get more rock & roll than this. I'm ashamed to admit though that when my pilot began some high speed sky acrobatics the extreme g-force made me scream like a little girl! See Uli's flight here. 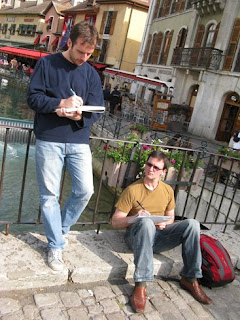 Driving up on Thursday afternoon I missed the organised Sketchcrawl around Annecy. So, on the last day, we took things easy & made our own belated crawl around the old town. Paul, Jakob, Jean-Paul, Sean & I drew around the picturesque canal & the old town.


All the sketches from the official Sketchcrawl event organised by Bannister can be viewed here. 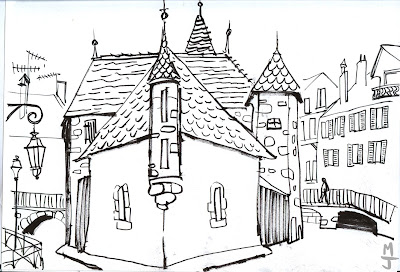 The old prison is a sketchcrawl must. 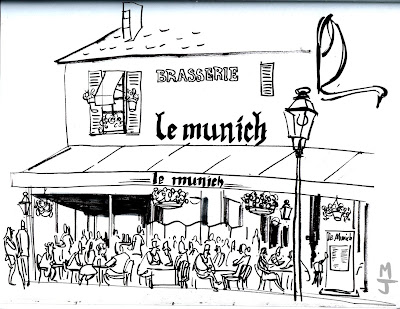 Le Munich Restaurant where we met every evening before dinner. 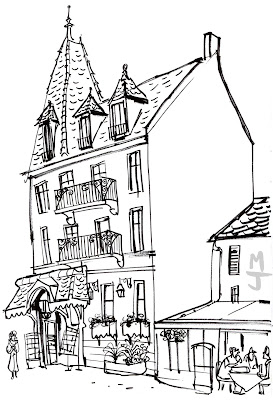 I've been working up drawings based on some of the characters I saw at the Cannes Film Festival. 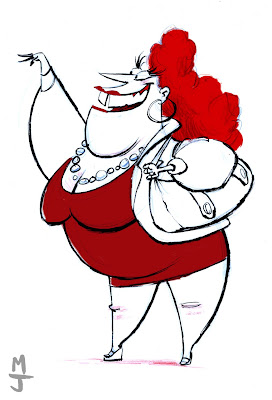 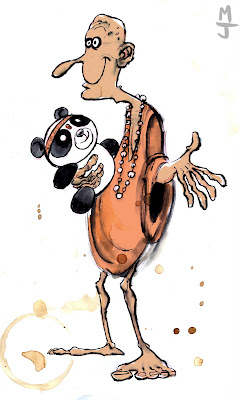 This fella was dressed like a Buddhist monk & hung around the Croisette sleeping rough at the foot of a palm tree. He was very tanned & very dirty. The first time I saw him he was carrying a stuffed panda & pontificating about Chinese politics. 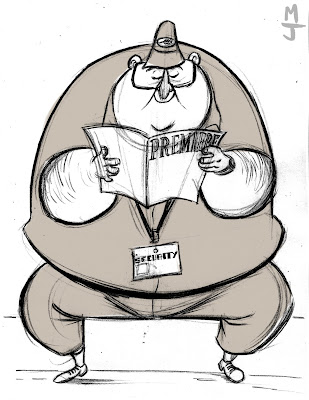 Even the staff at the festival are movie fans. I drew this usher reading French Premiere as we waited in line for the Indiana Jones screening. 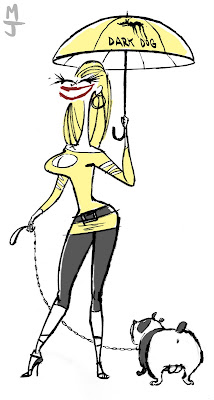 Dark Dog Energy Drink had hired a gaggle of promo-girls to totter around the Croisette in search of photo opportunities. They were soon mobbed by hordes of tourists & locals who swarmed around them to get a shot, like hyenas around a herd of gazelles! 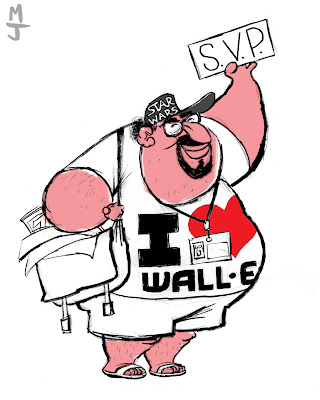 Outside the Palais many people without a festival pass would wait with signs begging for a ticket for that nights premiere. This guy, obviously a fan of genre movies was looking for an invite for Indiana Jones. 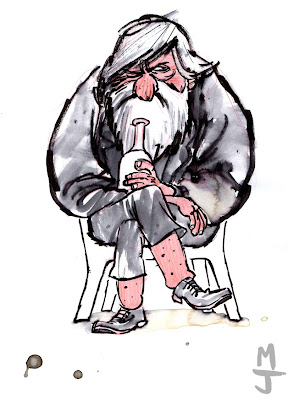 Every morning I would find a parking spot at the far end of the Croisette near to Palm Beach. This old boy would be sitting close by in the same spot every day. He looked like the ghost of Orson Welles trapped in movie limbo. Somehow he had a different jacket & a different chair each time I saw him. He would hold court as other homeless, alcoholics & junkies gathered around him on the ground. He had swollen legs & red skin from sitting in the sun all day drinking.