This years' Hawaiian trip was to Hawaiʻi, The Big Island.  The island has very contrasting regions-rainforest, dry lava beds, active volcano craters!  The two biggest towns, Kona and Hilo, are populated by magnificent ancient banyan trees-which are all related apparently. 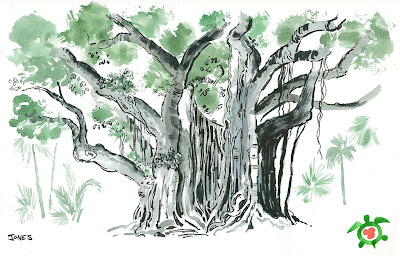 This giant banyan hangs over the north end of the beach at Kona on the west coast. 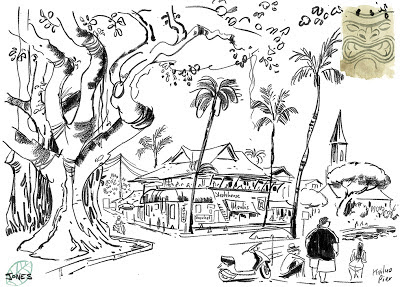 Of course huge hotels still dominate the shoreline.  The tourists stand out in their floral shirts. 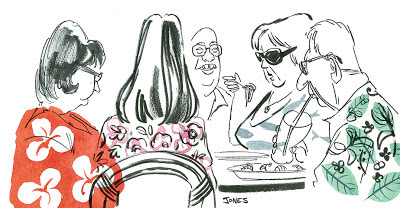 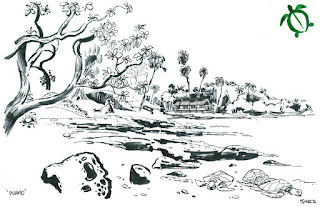 We stayed further up the coast in Puako where the secluded beaches allow sea turtles to nest and interesting driftwood and tsunami debris form natural sculpture. 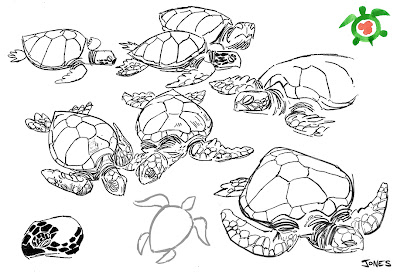 Sea turtles are really tough to draw but endlessly fascinating-every evening I'd go down to the shore-line to sketch them resting after struggling to come ashore and drag themselves up the beach. 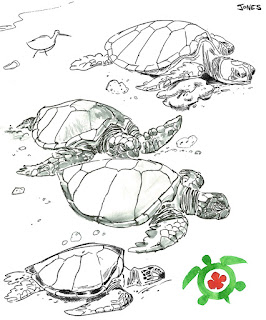 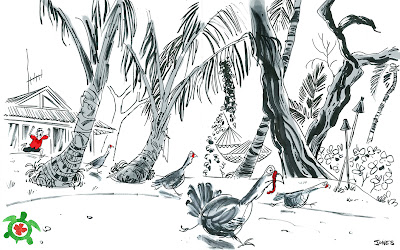 Flocks of wild turkeys ranged around the neighborhood. This guy was chasing them off the immaculate lawn of his beach front property one morning! 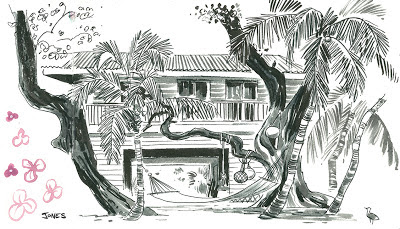 This beach house was in the shade of these twisted, sea-bleached trees and palms. Doesn't that hammock look inviting? 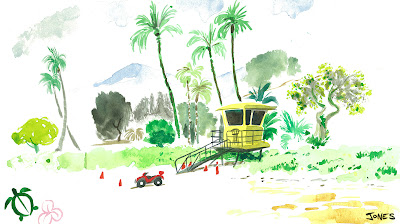 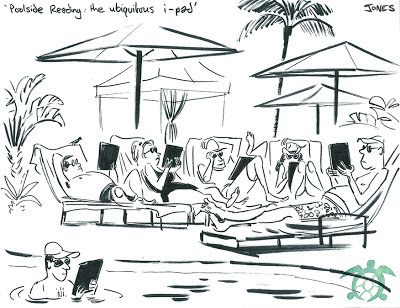 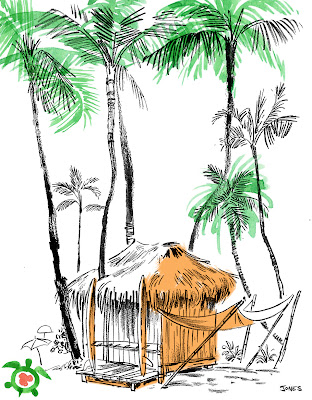