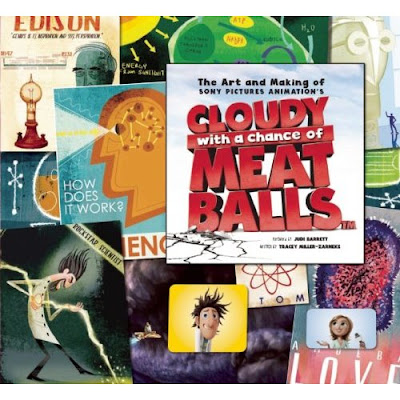 Last week we saw CLOUDY WITH A CHANCE OF MEATBALLS in 3-D!! After those ugly early screenshots & near ZERO publicity my expectations of this picture were pretty low. But it's got a lot going for it. The design is pretty eccentric for mainstream Hollywood animation but refreshingly different. In 3-D the characters have an appealing, vinyl-toy aesthetic, especially the policeman (hilariously voiced by Mr T.)

There's a lot of fine animation too-particularly memorable is the posing & facial expressions on the greedy Mayor (a perfectly cast Bruce Campbell) and the nimble little moves of the monkey.

In general it seems a lot of artistic decisions that may have been watered down at other studios survived the process. There are story points towards the end that are just plain surreal but funny as hell. Congrats to my Aardman colleague Kris Pearn who was head of story on the movie. Check out some of his boards over on his blog.
Posted by Matt Jones at 9:28 am 3 comments:

Last week I joined the story crew of the other feature being produced at Aardman - 'PIRATES!'. On my first day Pete Docter & family came in to visit & posed for a photo with us briny rogues in story. 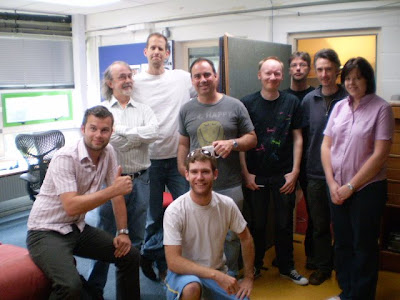 We have Captain Lord & Midshipman Rej Bourdages either side of Pete Docter. That's me with thumb in air next to able-bodied seaman Ash Boddy. On the right are Andy, Dave, Mike & Victoria.

Later that day Docter did a Q&A at the studio with Nick Park after screening UP. 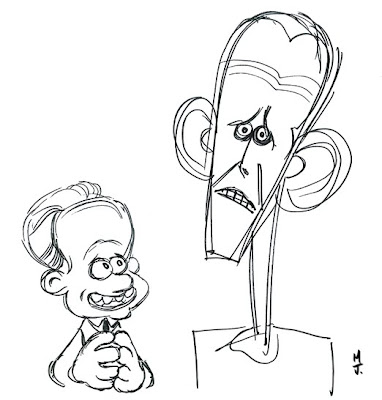 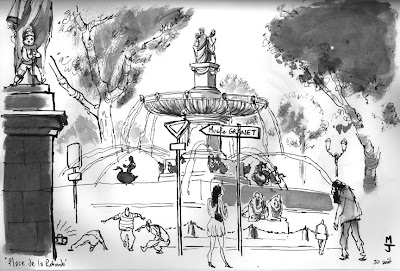 While in France recently I visited the charming city of Aix-en-Provence. It's right in the heart of Provence with good access to all the nearby places of interest-Les Baux, Rousillon, Gordes etc. Marseille, Nimes & Arles are not far either. I drew the land mark fountain from the Cours Mirabeau and a nearby manège. 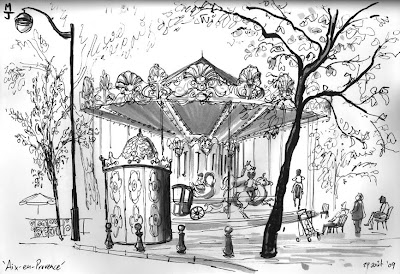 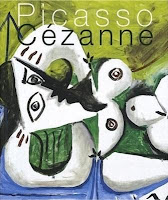 I was in town to hit the Picasso trail. I checked out the Cezanne Picasso exhibition at the Musee Granet. There were some excellent examples on show-including Picasso's own collection of Cezanne paintings. The Spanish artist often cited Cezanne as his artistic master- Cubism was hugely influenced by Cezanne's work. I got to scrutinize works that I had only seen previously seen in print-including Cezanne's academic life drawings.


Next stop was a visit to the second to last home of Picasso. Towards the end of his life he purchased the imposing Chateau de Vauvenargues, in the foothills of the Mont St Victoire-the famous mountain that dominates the Provencal skyline & which featured so often in Cezanne's work. 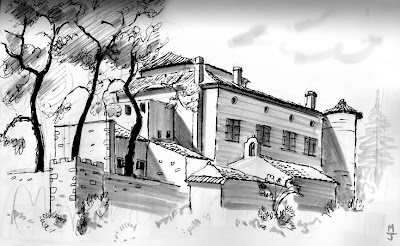 This summer, for the first time, it has been opened to the public. I woke at the crack of dawn to queue for a ticket & later that day got to join a small tour around the whole building. We saw the living quarters, the studio & the large dining room where Picasso & Jacqueline entertained guests.
They are both buried there too, beneath a grassy mound outside the front door, the monumental bronze Woman with a Vase serving as a headstone. The last house Picasso lived in was a villa close to the Notre Dame de Vie chapel in the hills above Mougins and Cannes. It took me forever to find the place. The artist must have enjoyed the privacy this location afforded him in old age. The villa is privately owned & inaccessible so I could only draw the ramshackle old chapel now in a state of disrepair. Picasso died here & after the Mougins authorities refused permission for a burial in the village his body was taken back to Vauvenargues instead. 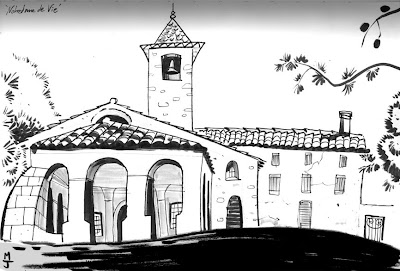 There's one address Picasso lived at on the Cote d'Azur that I'm yet to see-the villa La Galloise at Vallauris. It holds special interest for me as the name translates as the Welsh house! Next time I'll find it . . .
Posted by Matt Jones at 3:37 pm 12 comments: