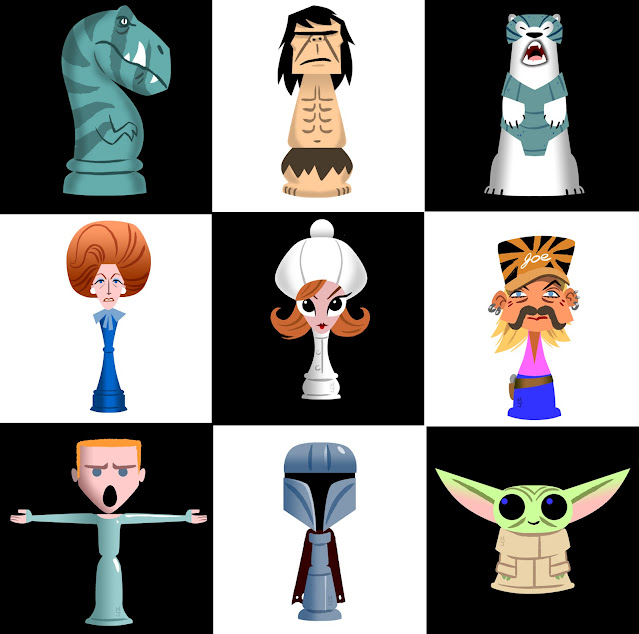 The Streaming Wars have begun...
Mando- the ultimate cowboy dad. Disney finally figured out how to do Star Wars and it was in the long-form TV format!
Mother will protect us. #HBOMAX launched this year with big-budget, bizarre sci-fi #RaisedByWolves creatively led by Ridley Scott.
Joe Exotic- another twisted parental figure! The eponymous #TigerKing from the #Netflix show that dazzled us during the first weeks of the quarantine
Stop the clock! Grandmaster Scott Frank returned to #Netflix with a series that somehow made chess captivating! Beth Harmon reigns as queen of the limited streaming shows. Checkmate in the Streaming War
The Crown returned with an expert political chess-player; Margaret Thatcher. However season 4 saw her out-maneuvered and ousted which means the amazing Gillian Anderson departs the show.
Another king.... Iorek Byrnison, King of the bears! His Dark Materials returned to HBO with an even more visually impressive second season
Primal returned with season 2 on @adultswim The Frazetta/Creationist fantasy show is stunningly rendered in traditional 2-D animation. Spear and Fang from 'Primal' round off my ‘2020 streaming TV chess war’.
Posted by Matt Jones at 9:53 pm No comments: