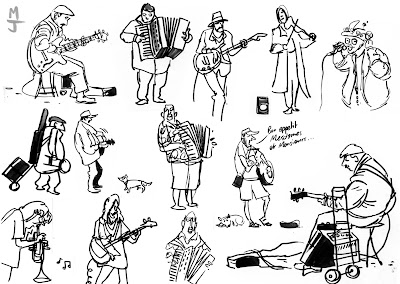 The studio is situated right above the main pedestrianised shopping street of Nice. This means that our ears are assaulted daily by buskers singing the same song every day. It's like Groundhog Day! 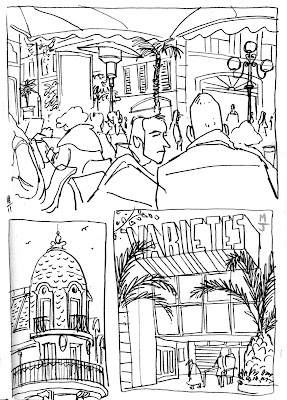 Rapid sketches made around town. 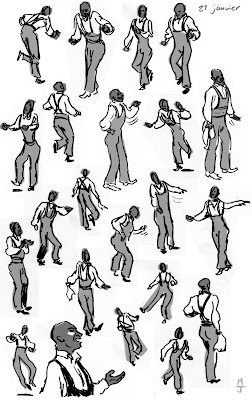 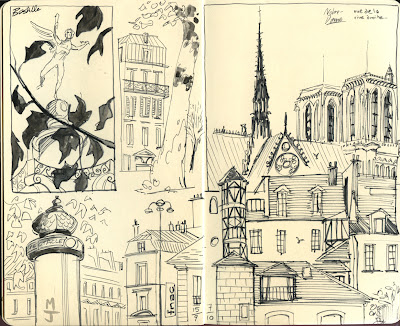 Views of Bastille & Notre Dame from a couple of recent trips to Paris.


Vanessa Paradis & Matthieu 'M' Chedid will be responsible for the music & songs in 'Un Monstre a Paris'. They recently performed in Nice as part of the tour to promote Paradis' latest album so we went along to see them in action. 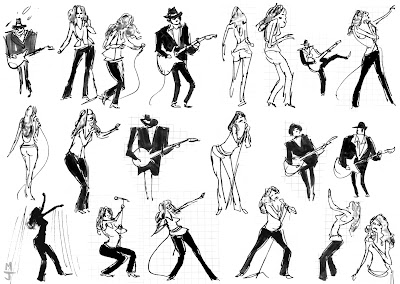 Seeing them together on stage proved helpful reference for similar scenes in the film where their characters duet together. 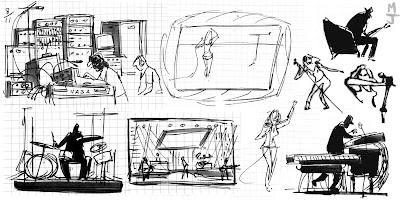 A regular night out with the Nice Ukelele Club! 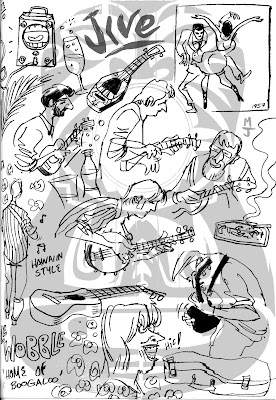 Got caught short without my sketchbook at a café recently so resorted to sketching on the back of a receipt. 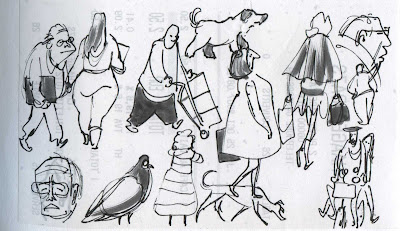 On a drive through Provence earlier in the year my camera batteries died so I made some thumbnail sketches back at home to help me remember some of the interesting views we saw along the way. 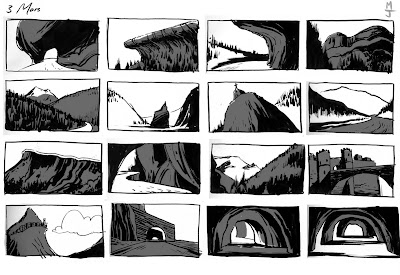 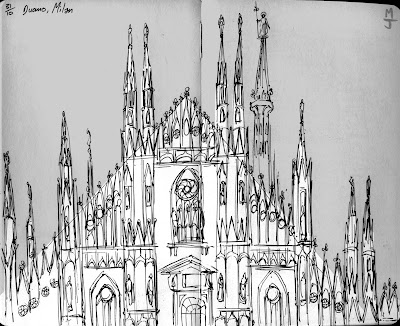 Last week my girlfriend & I took a drive across the border into Northern Italy. We visited Milan & the region around Lake Como. 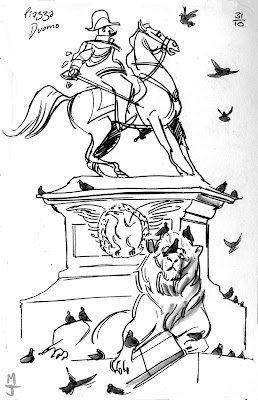 These are sketches made around the magnificent Duomo & the piazza. 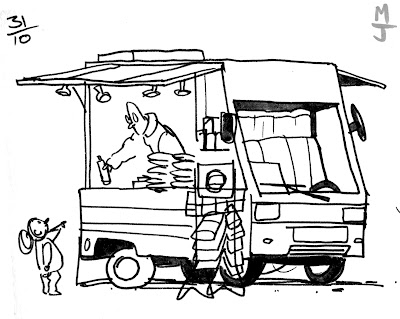 Here are a few shots I took around central Milan. I liked the vibrancy of the city mixed with old world elegance. Impressive architecture & as a capital of fashion there were many well dressed, chic looking Italians walking around.

Caught the David Lachapelle retrospective at the Palazzo Reale. 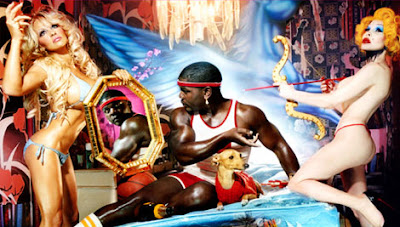 I've been a fan of Lachapelle's work since the mid-nineties when I first saw his incredible surreal pop-kitsch fashion photography. I love the garish colours & plastic textures in his shots & the bizarre compositions he sets up. 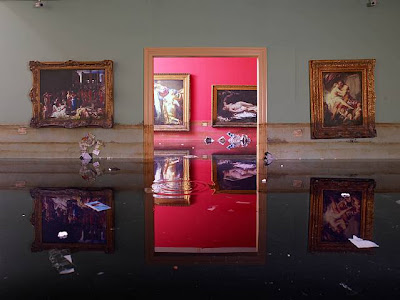 His latest work re-inteprets the Biblical deluge as a critique of the decline of values in modern consumer culture & our increasing dependance on material goods. 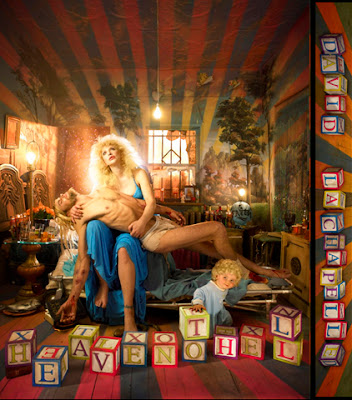 A couple years ago he designed eye-catching window displays for Selfridges deptartment store in London (above) & was of course responsible for the astonishing documentary film 'RIZE' about LA dance craze-krumping. 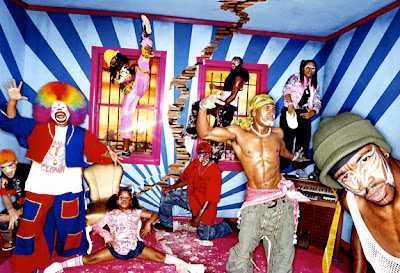 At Lake Como we visited the idyllic Villa Balbianello on the Western side of the lake opposite Bellagio. 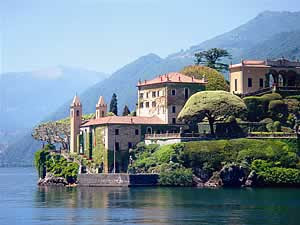 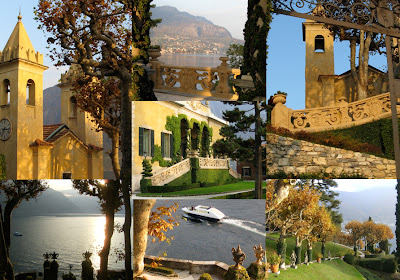 It has been used as a location in films such as Ocean's 12, Casino Royale & Star Wars: Episode 2.

This image I found online shows how ILM artists digitally extended the villa for Star Wars. 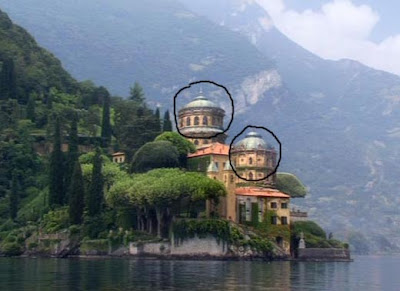