A Gesture Class model recently turned up wearing the 'bandage' outfit from the Fifth Element! She even had an orange wig and really looked the part.  She had been part of a stage version of the film and re-enacted the story in her mind as she posed.  It really helped give authenticity to her poses and the 'bracelet' nature of the outfit turned out to be perfect short-hand to define volume.  It was a really fun session.  I don't usually add colour to gesture sketches but I felt the orange hair and white outfit needed highlighting. 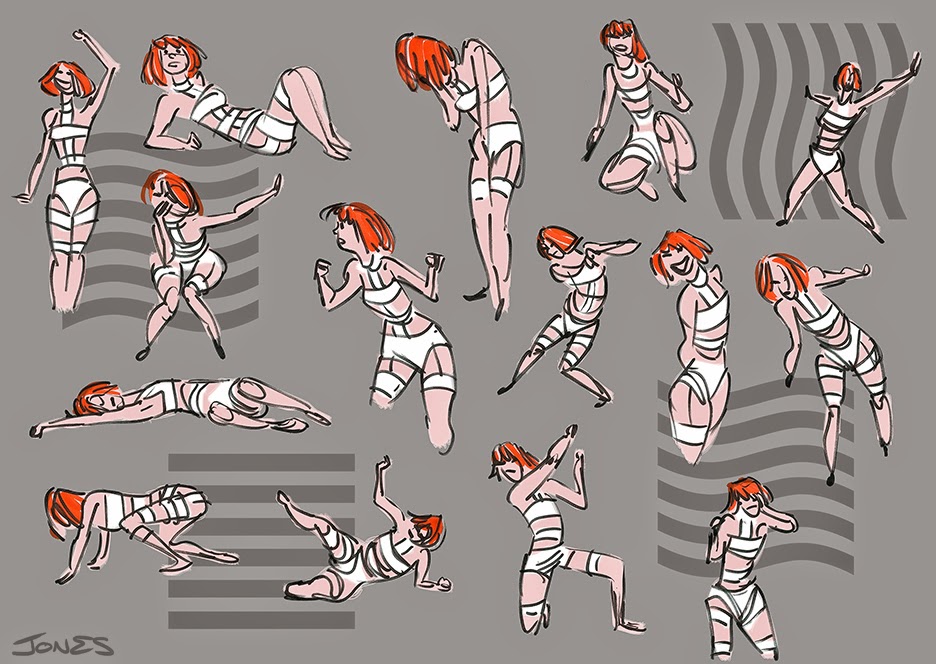 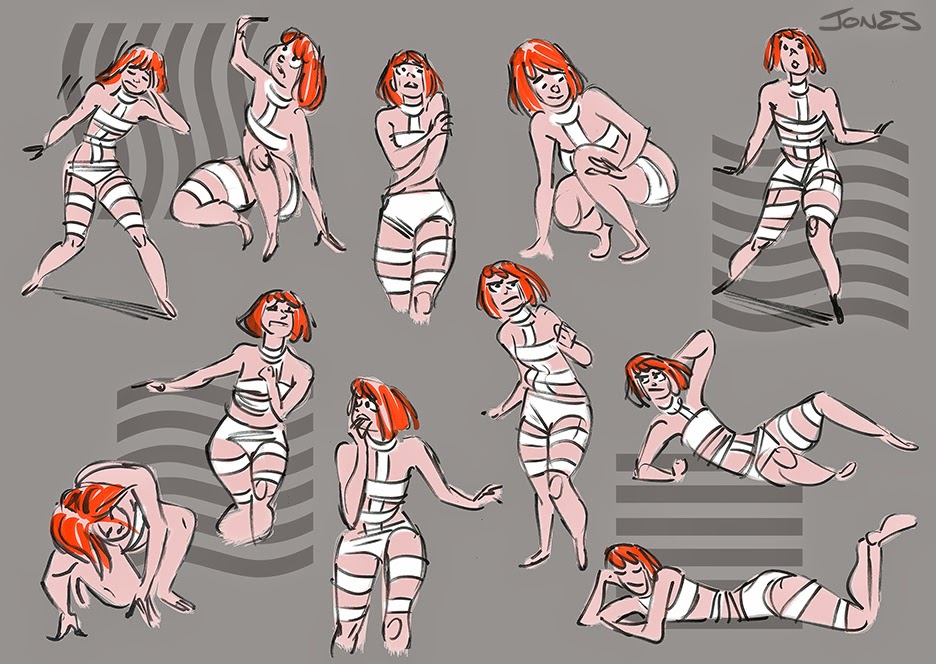 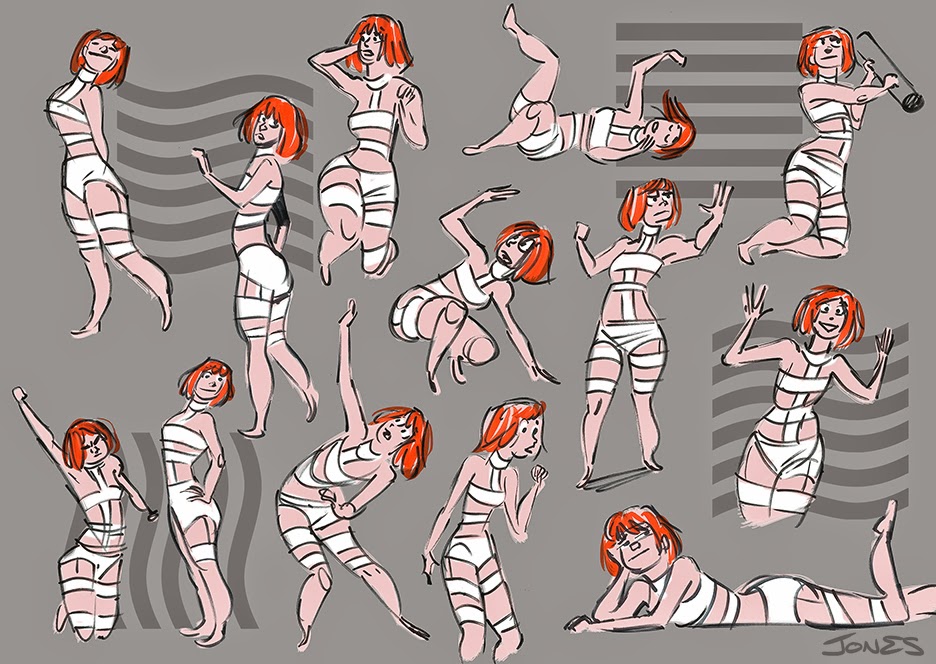 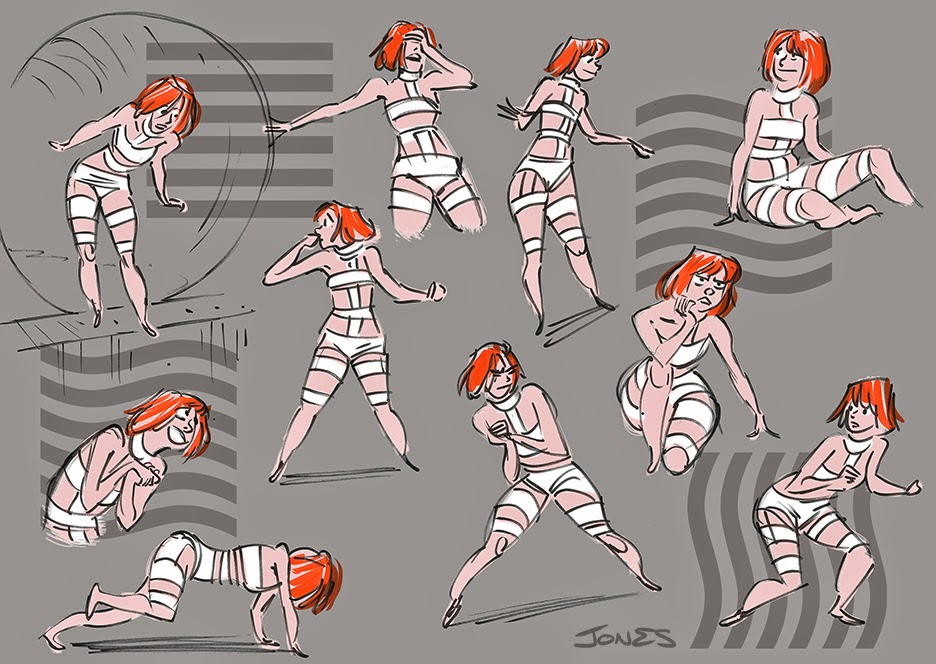 We had a model recently who was a perfect fit for some Frozone poses (plus some Mr. Incredible's too) 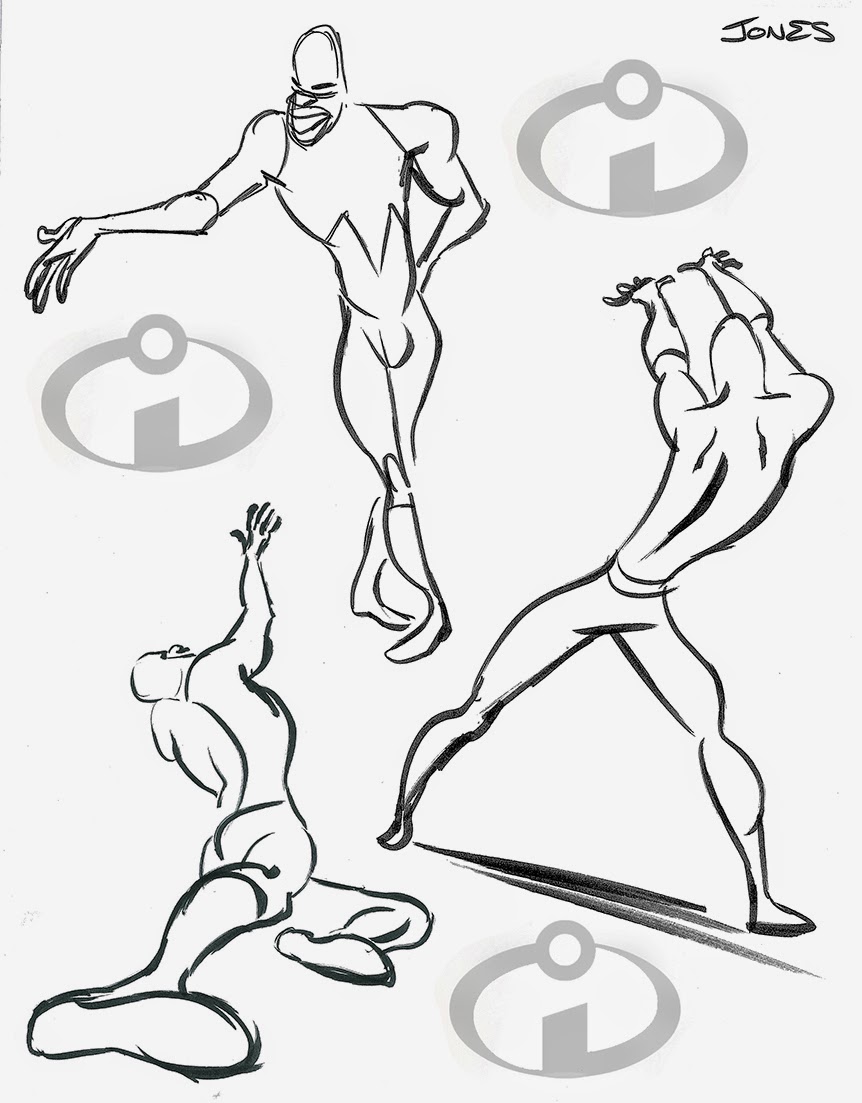 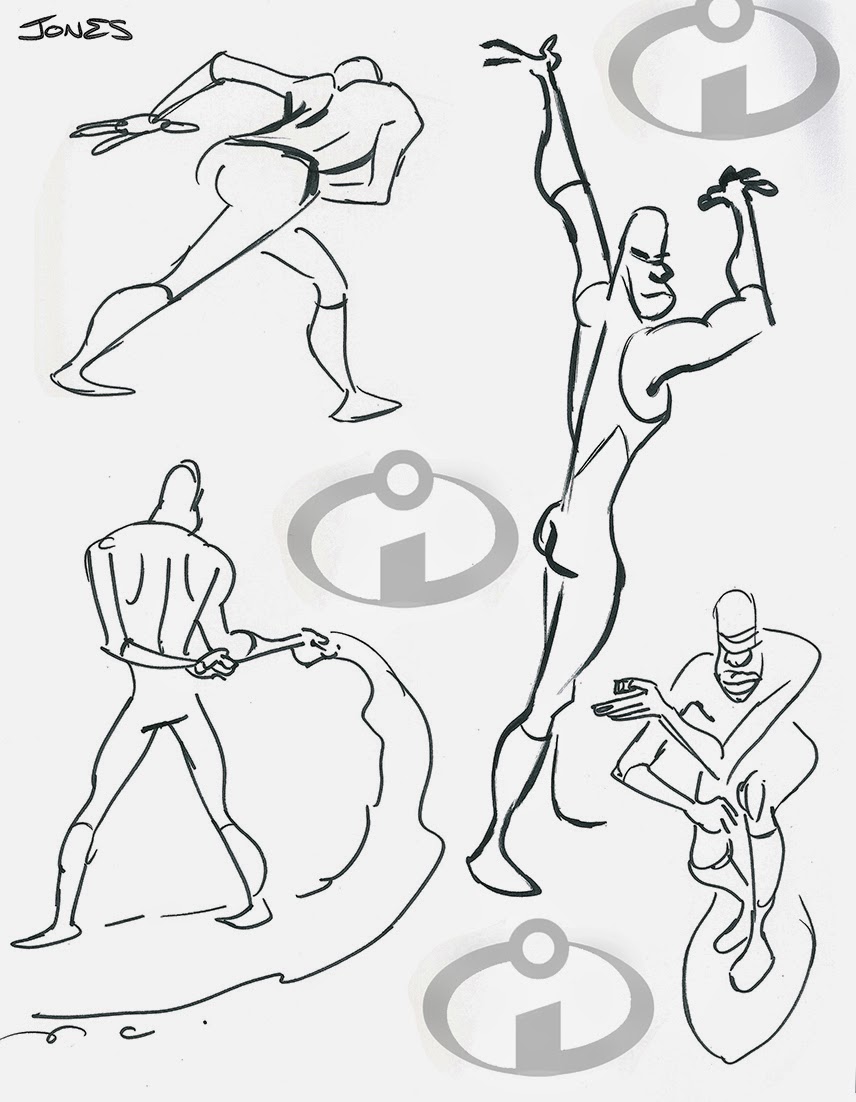 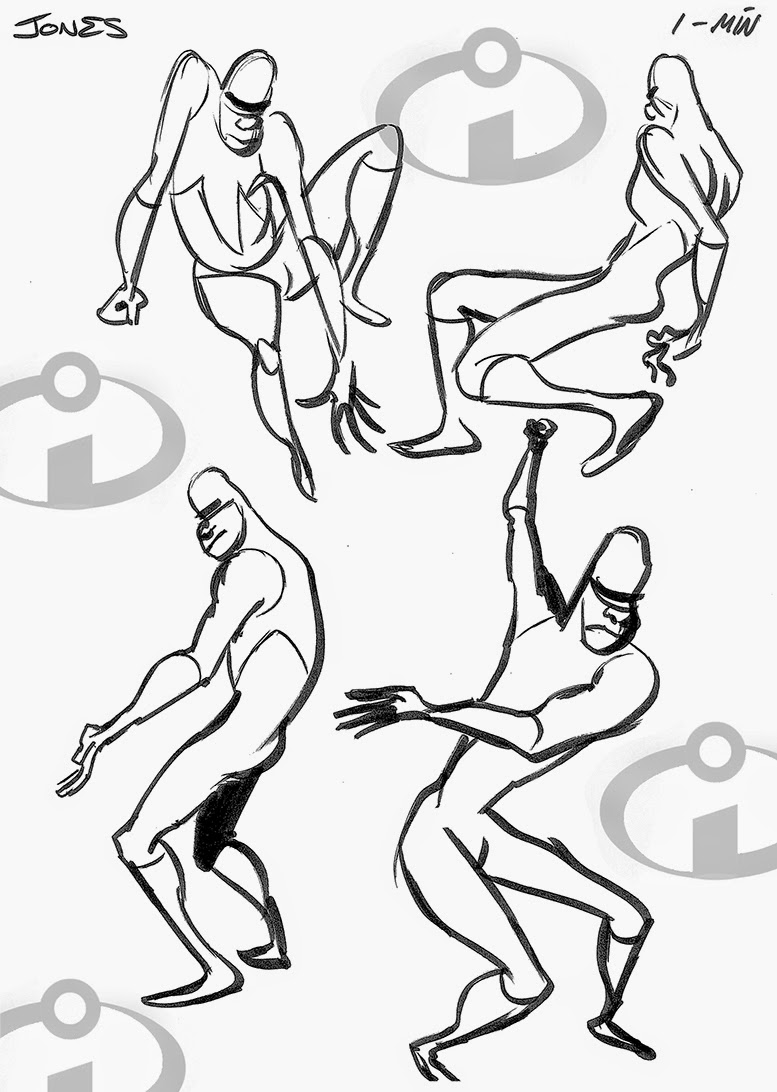 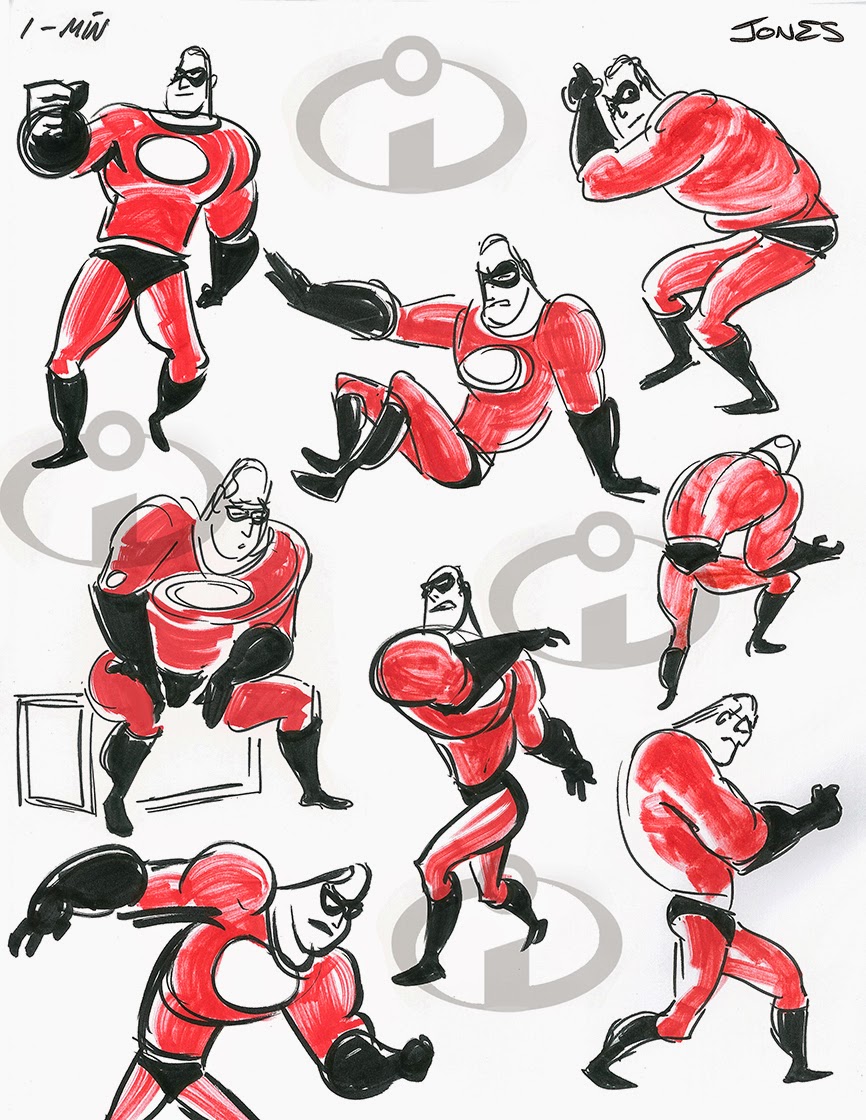 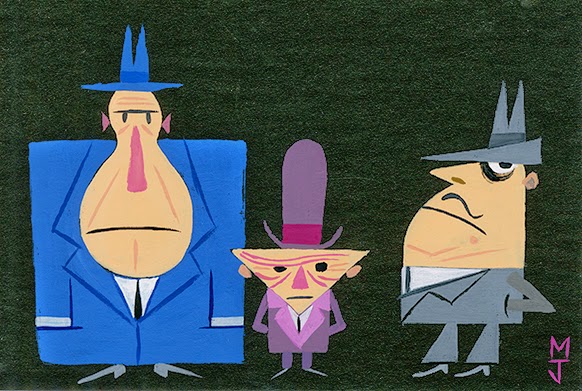 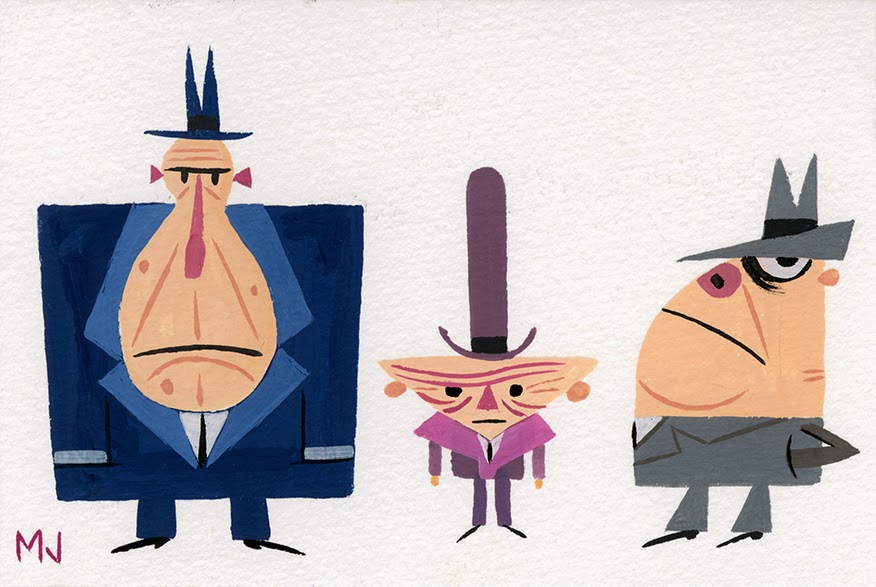 Latest from the Gesture Lab

A selection of some of the characters I've been work shopping lately in gesture class.  It's interesting which characters emerge from the subconscious on each session. Sometimes they're inspired by the body type of the model or by a film I may have watched recently. After 3 years of regular gesture class I've now built a mental library of characters that I can choose from very quickly under the brief time limits we have. These are all between 30 seconds-1 minute poses. 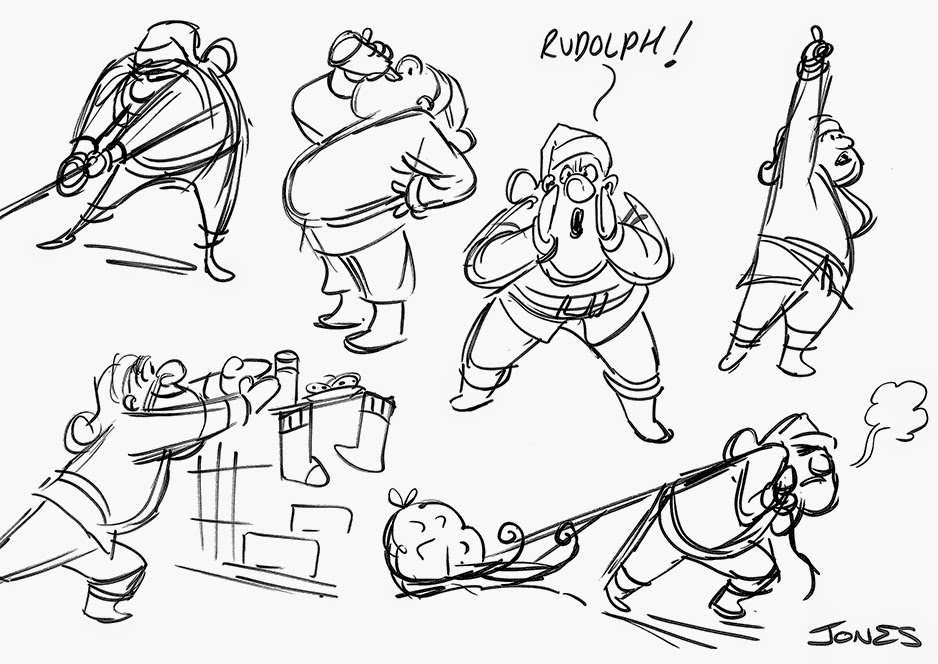 Around Christmas we had a stocky, middle-aged male model who naturally became Santa Claus 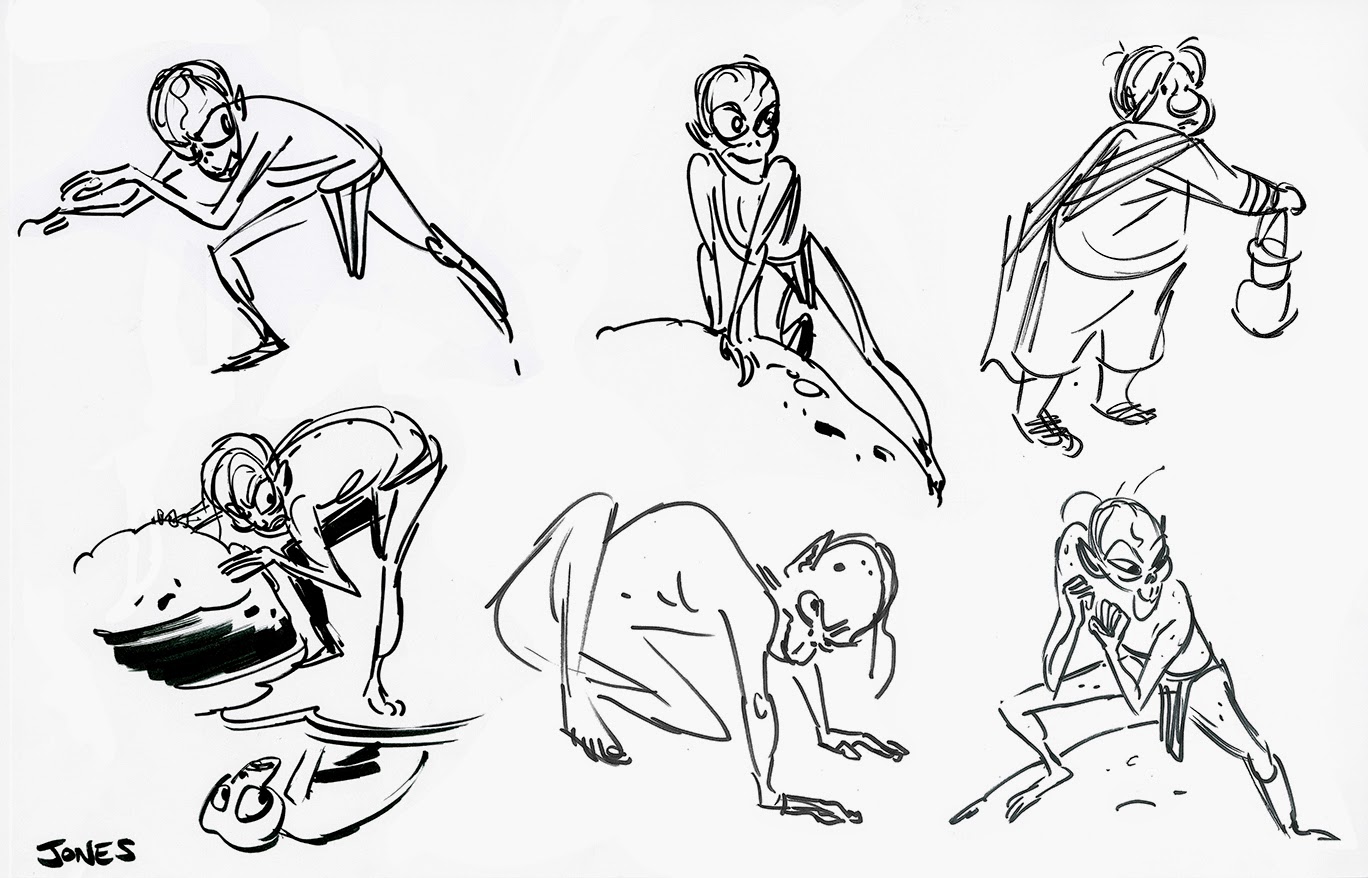 Often models, male or female, will hit poses that I can't resist turning into Gollum


When the news of a sequel to 'The Incredibles' was announced I couldn't resist drawing Mr Incredible in that day's class.  We had the Michael Giacchino score playing and a model with the perfect physique. I've never drawn the character before so I need the practice! 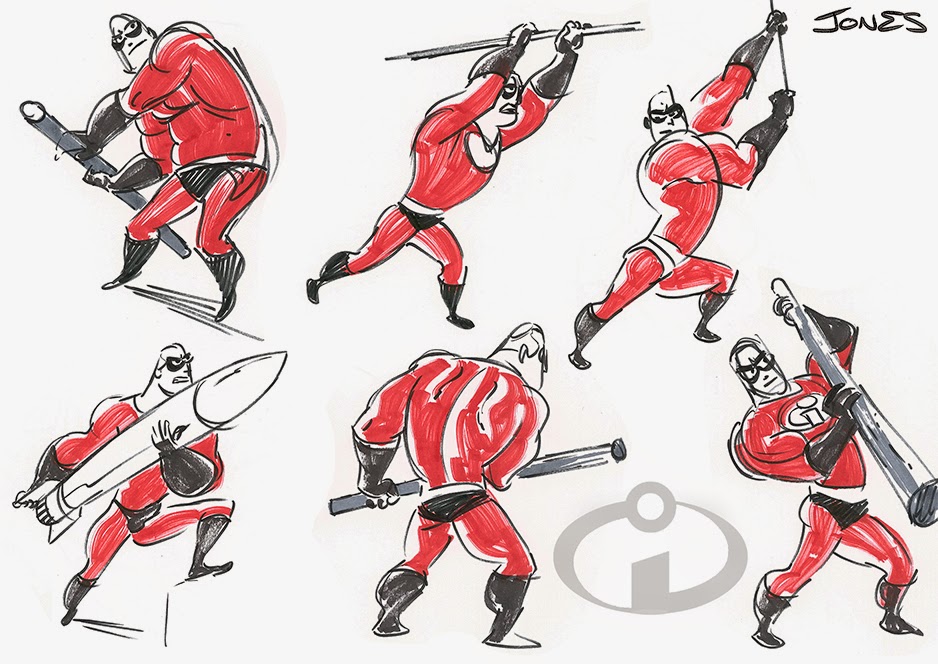 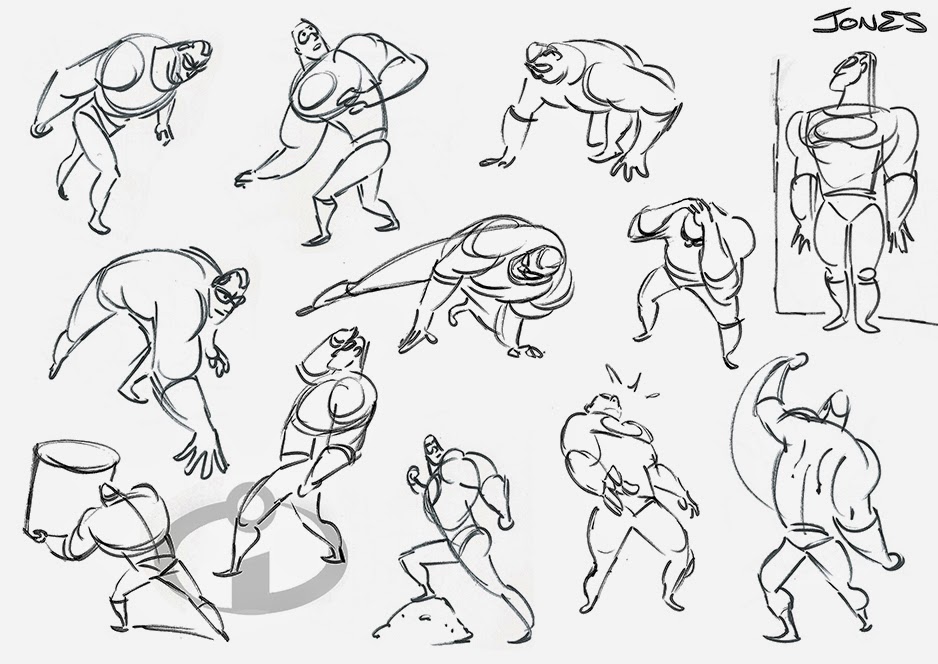 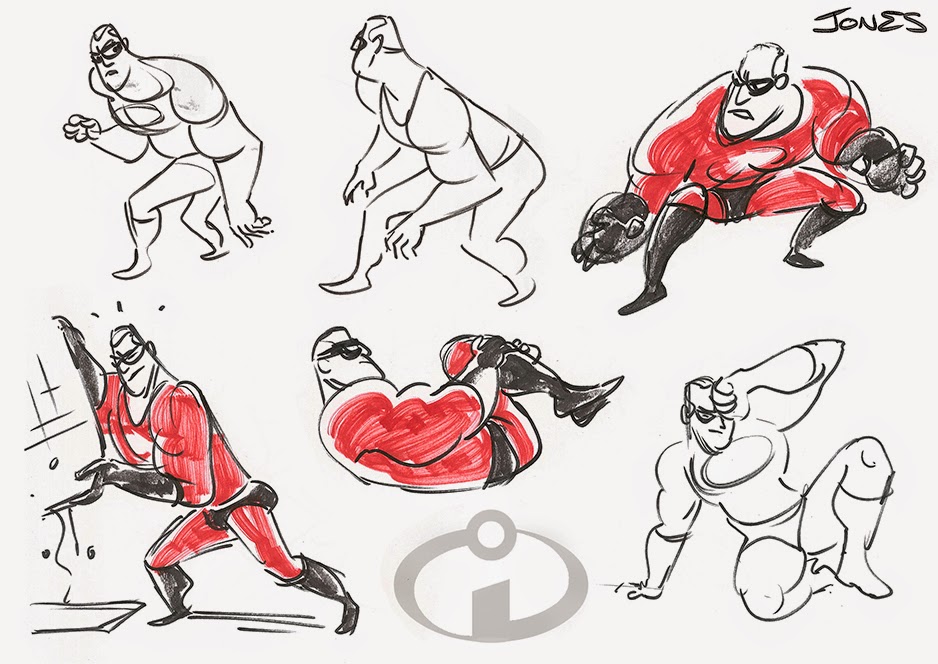 Of course Frozone had to make an appearance too! 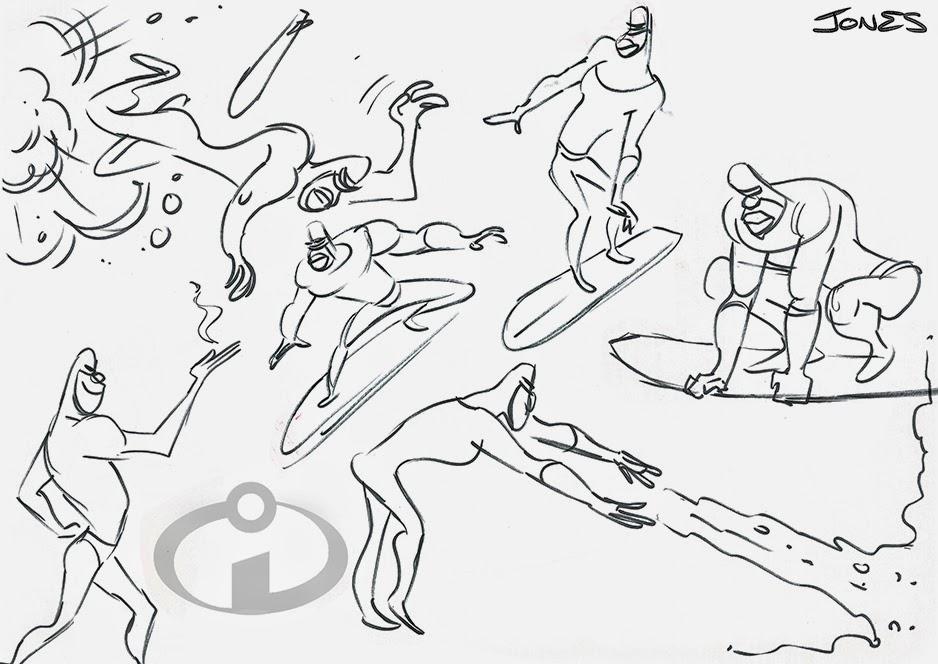 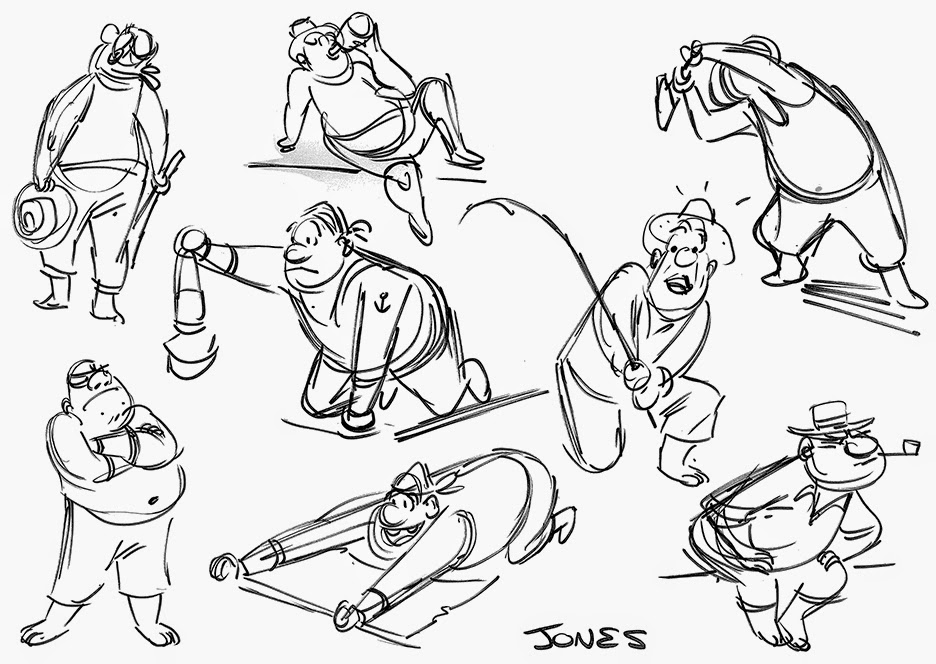