In early summer 2006 The Tale of Desperaux was in pre-production in London's Soho. I had read the book & while not so taken by the plot I was fascinated by some of the characters individual stories-particularly Gregory the gaoler. I thought him & his dungeon environment very cinematic & wanted to be involved with the project in some capacity. 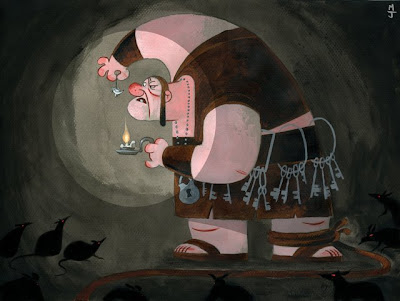 I contacted the production office & showed them this painting I had made of Gregory. Apparently there were no more positions in Story so they agreed to give me a try-out in the art dept. I thought I could contribute to character design but the style of the film was very realistic & my more flat style was inappropriate. 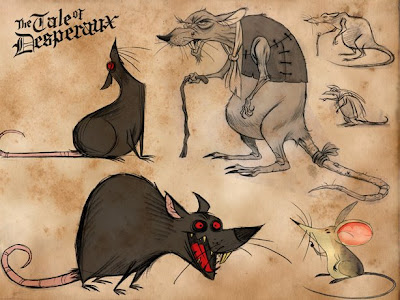 Nevertheless I did enjoy researching the Flemish masters & trying to incorporate some of their forms & style into my drawing. 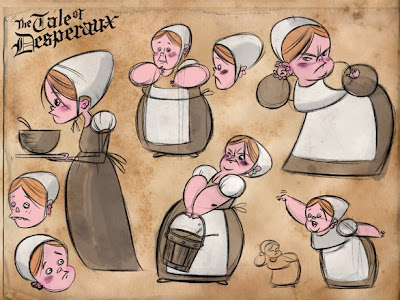 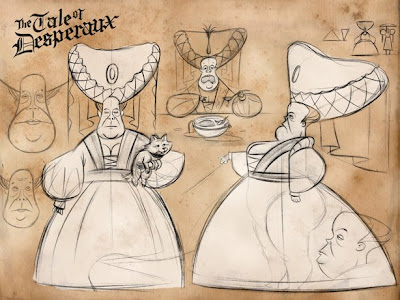 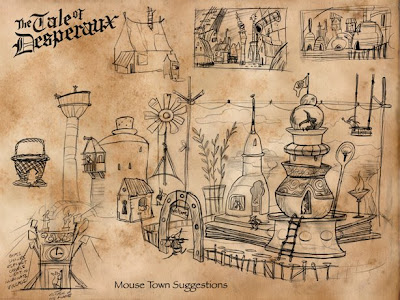 The Production Design dept. was looking for layout artists to design this Brueghel-like world. I brain-stormed a bunch of sketches suggesting what common kitchen items might the mice have appropriated to build their town. However, realistic, correct-perspective drawings were sought but I really wanted to work on the characters -they were much more fun to draw! 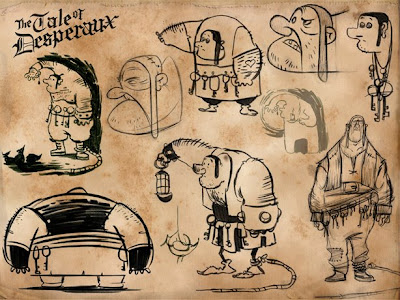 In the end Production appreciated my efforts to help but there wasn't a position suitable for me (or vice versa). I went to France instead . . .
Posted by Matt Jones at 2:35 pm 26 comments:

I'd like to kick off 2009 with the final few pages from my first Moleskine sketchbook. Over the holidays I reacquainted myself with British architecture. 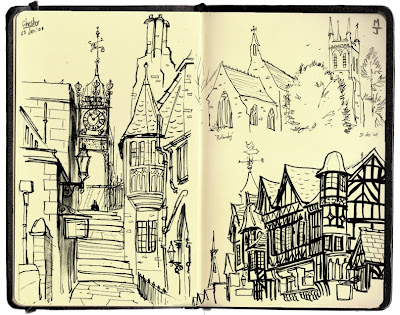 Christmas shopping amongst the Tudor style buildings of Chester is always magical. 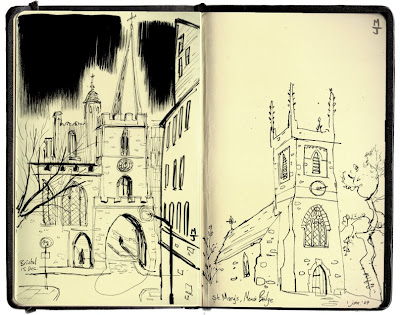 After two & a half years in France the churches of England & Wales look all the more unique to my eyes. 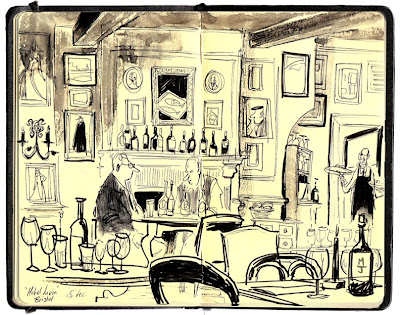