The new issue of Imagine FX magazine is an animation special. I put together an article on story-boarding. It's on news-stands now and available digitally. More info here .
Storyboards aren't often published because of copyright issues and studio policy so I put together a personal assignment I set for myself to get me thinking 'outside the box' on a feature project. 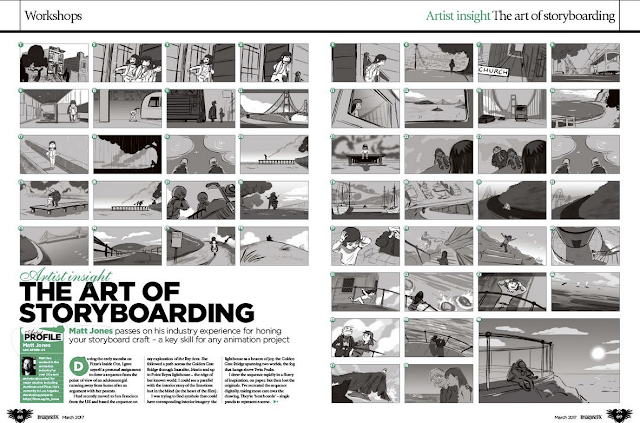 Posted by Matt Jones at 7:44 pm No comments:

Back in 2012 I was approached by a team at Facebook who were working on a new set of Emoticons to address bullying on social media. They were consulting the psychology dept. at Berkeley led by Dacher Keltner who is a protegée of Paul Ekman- both of whom advised Pete Docter during the research phase of Inside Out. It was Pete who recommended me to them after I did an exercise for him to design some emotional icons for the control panel in Inside Out.

We were to 'evolve' the traditional emoticon so I began brainstorming emoticons that might be 'more emotive' than traditional emoji. I would come to realize just how difficult it is to improve upon something so simple and entirely functional already. But with my animation background the FB/Berkeley teams were pleased with the expressive characters I was developing.

Dacher gave me breakdowns of how our expressions change across the emotional states as defined by Darwin (which Ekman had realized are universal).

I sent dozens of sketches which the psychology team ran experiments on! They chose specific drawings which they thought best communicated a particular emotion and they were found to be all recognizable.

They published a scientific paper on their findings and the research was even mentioned in an article in TIME magazine! The project got some attention in online media too, in particular an article on BuzzFeed which was picked up by many other sites including the Verge. 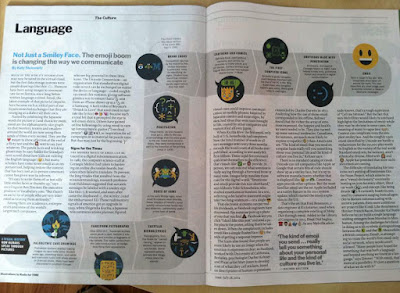 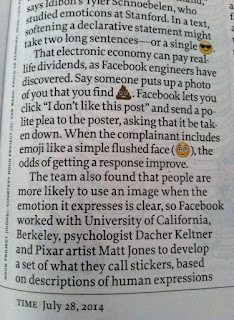 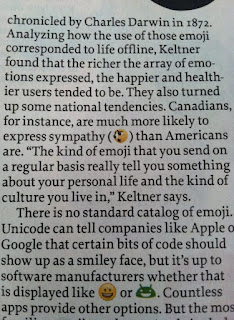 The project was ultimately combined with the Facebook Messenger app and we developed an animated version for the sticker store named 'Finch' after Darwin's finches. They were expertly animated by my friend Sam Hood, top story artist, animator and designer. See more on his site here or go download the emoji on Messenger- it has been sent 100s of millions of times worldwide apparently! 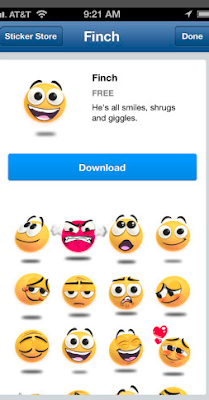 We created a set of new emoji with enhanced expressions informed by Darwin and our animation skills but essentially I don't think we improved the emoticon or discovered a sufficient new language to communicate online which was the original goal. We had hoped to progress further and add sound to the emoji but the project stalled. Although since then Facebook have added several key emoji as alternatives to their 'thumbs up'. All the other tech companies are in a race to create some form of enhanced virtual emoji being that can communicate 'for us' after learning our behaviour and thoughts!

A couple years after that Vodaphone approached me to help design the visuals for a video they were assembling also dealing with social media bullying. 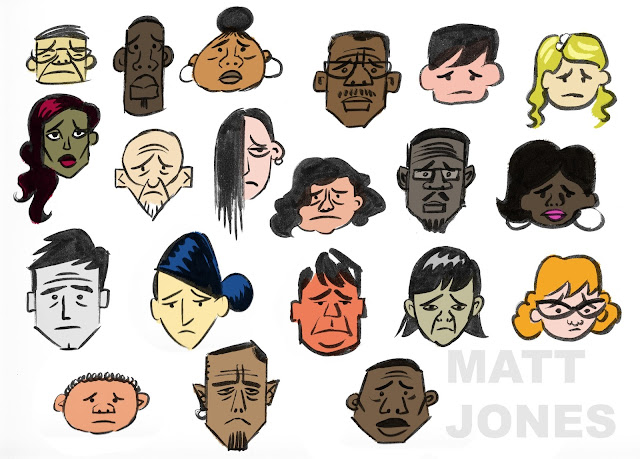 It was about how anyone can become the target of online bullying which overwhelm and lead to distress and depression. 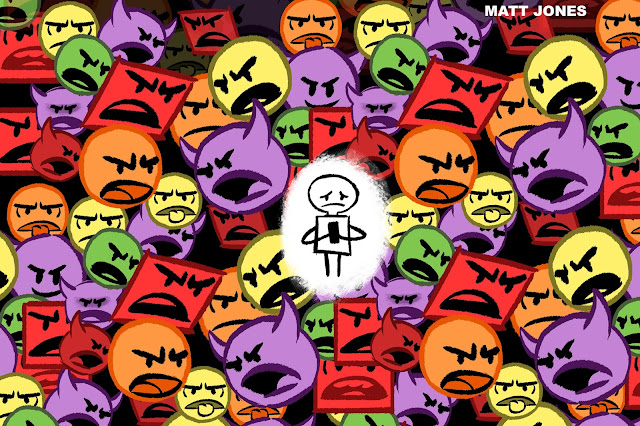 Dacher and I partnered again on a proposal for the Kahn Academy to create a film promoting awareness of compassion which Dacher has written about extensively. This was a fun opportunity to visualize anatomy, the brain and the nervous system but the project never went further. 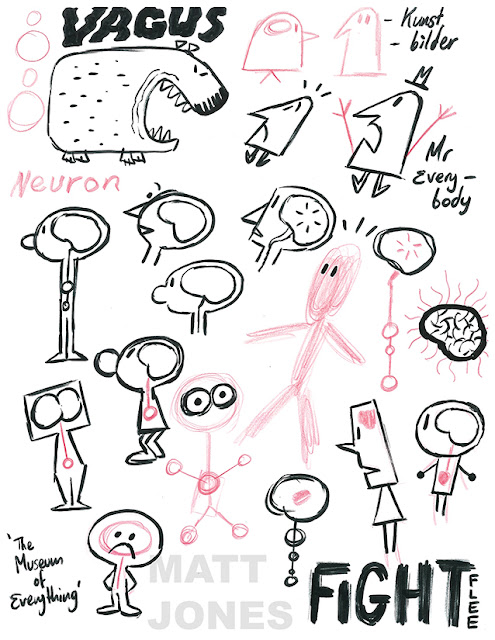 I was happy to volunteer on all these projects; it's fascinating to be involved with the tech world's race to improve communication and I think artists with animation skills are those most able to create characters that can emote and with which we can empathize- it's what we do every day ;)

Here's more on 'Finch' from an article by Radiolab 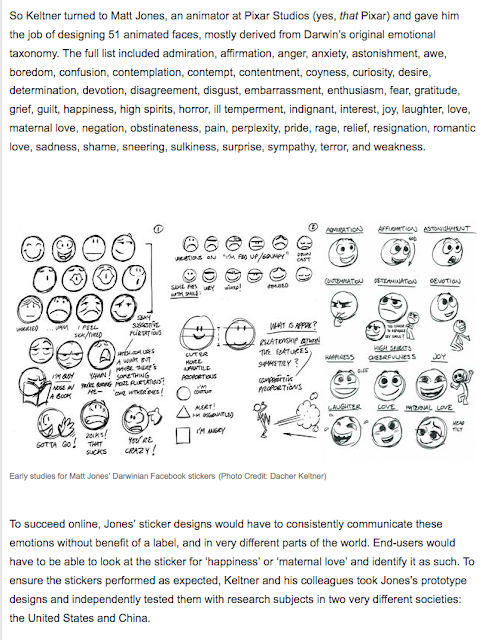 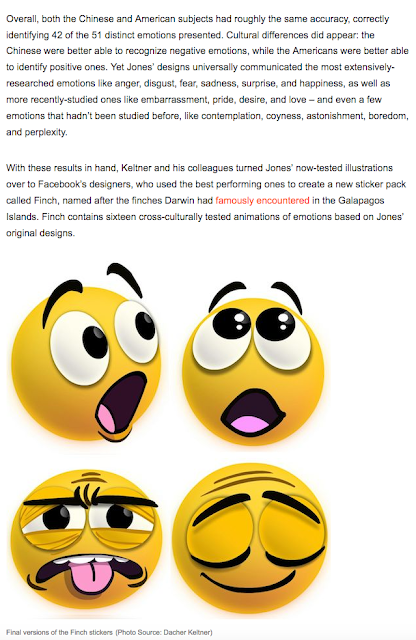 Sketches, film and paintings from a road trip to Monument Valleys and Arches National Park, Utah via Nevada and Arizona. 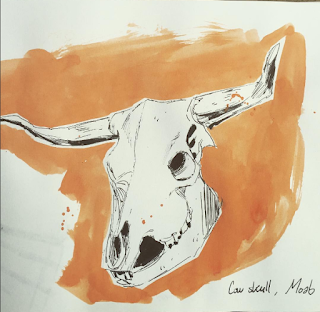 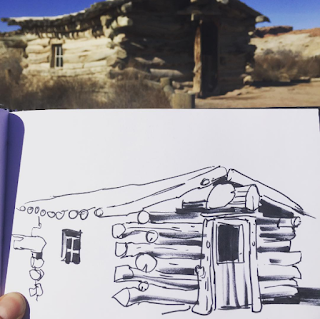 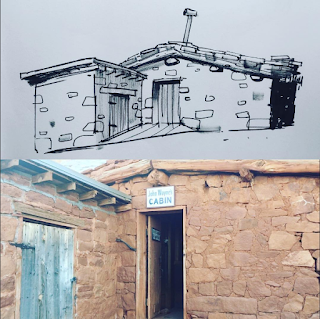 'John Wayne's Cabin' I loved this little cabin at Monument valley used in John Ford's 'She Wore a Yellow Ribbon' as the exterior of Capt. Nathan Brittles' quarters. 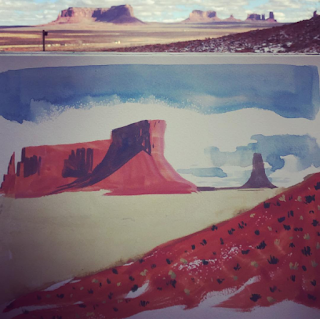 'Monument' another approach to depicting the Mesa looking for the abstract shapes. 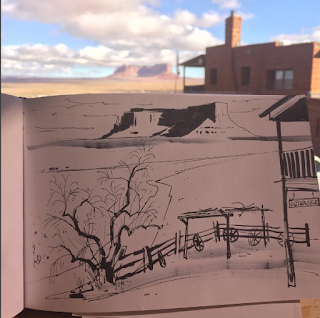 'Eagle Mesa' quick sketch overlooking the valley. That's not a matte painting behind but reality! 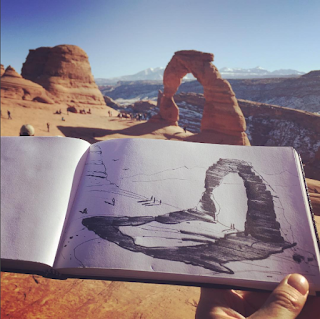 'Delicate Arch' - one of the most stunning natural forms I've ever seen. Too cold to paint but managed a quick sketch. 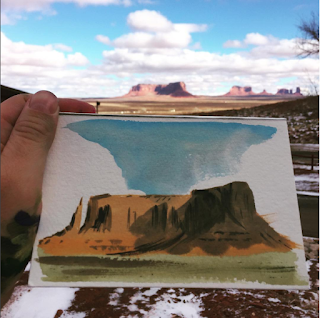 'Monument Valley' I've always wanted to see this epic wonder of the world, John Ford country. Constantly changing light & freezing weather made painting a challenge but I had to give it a go.