Here are some more pages from my Moleskine sketchbook from March/April. I was re-reading the Walt Stanchfield notes at the time so I was trying to draw EVERYTHING I saw! But small & quickly- 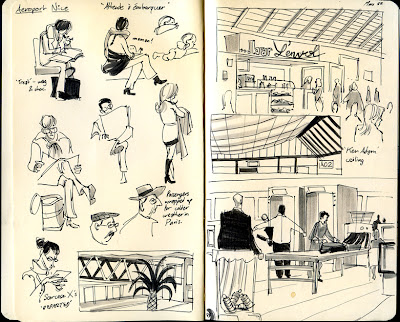 These are from a trip to Paris back in March when the weather up north was still cold. 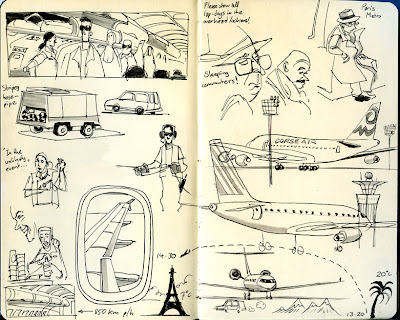 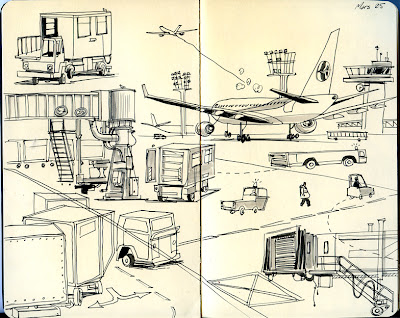 One weekend we drove across the border to the nearest Italian town-Ventimille-known for its leather market. 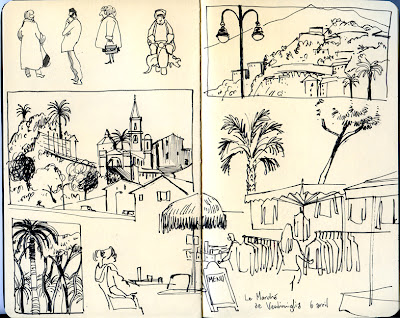 This is Cannes-trying to capture kids playing frisbee on the beach. 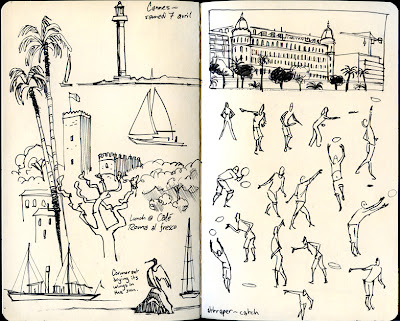 Cap d'Antibes- trying to amuse myself while sunbathing on the beach with Raja. 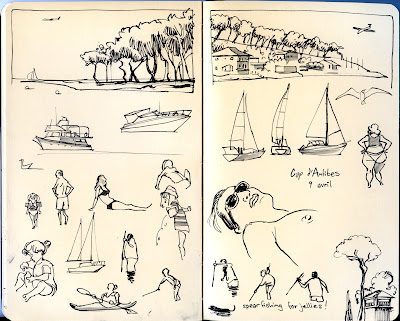 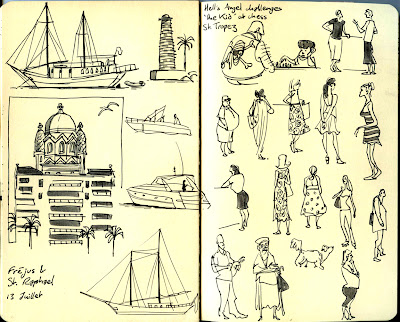 Death In The Afternoon

Last weekend, Neil & I drove out to explore the Camargues region, west of Marseilles. It was my introduction to the French 'corrida' so we hit the bull trail via the historic cities of Arles & Nimes. Our guide was Jeff Pledge-affcionado of 'taurine culture' & Ernest Hemingway lookalike.
Here's Jeff in action- 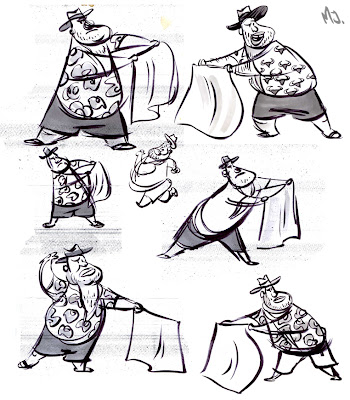 In Arles we ate lunch at the famous 'Night Café' that Van Gogh painted (opposite the 'Nord Pinus' hotel!). Arles & Nimes each have a colossal roman arena still used to stage corrida. Mighty impressive edifices. Late afternoon Jeff took us to see a 'course camarguaise' in Sommieres. The bulls are harangued by 'razateurs'- men dressed in white who nimbly try to retrieve ribbons tied around the bulls horns. That night we stayed in salty seaside 'resort'-Grau de roi & the next day headed over to Nimes via mediaval fortress town Aigues-Mortes which means 'dead water'. 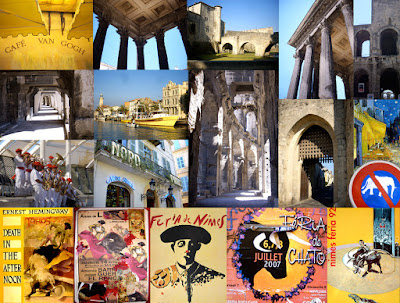 Leaving Nimes across the flat marshlands we rolled into Istres. It's another small provincial town but this weekend it was buzzing with festivities to celebrate the corrida. It was staged in a large modern stadium & we saw three toreros confront 2 bulls each. The animals were magnificent but it's not easy to justify what amounts to torture & ritual slaughter. However the whole spectacle is intriguing & visually exciting. I'm not sure how relevant it is to society today & of course there is intense opposition to bull-fights still being staged. But for the populace of the region it's still valued as an entertaining afternoon for the whole family, from very young children to grand-parents. Maybe DVDs & football matches just don't do it for them?! 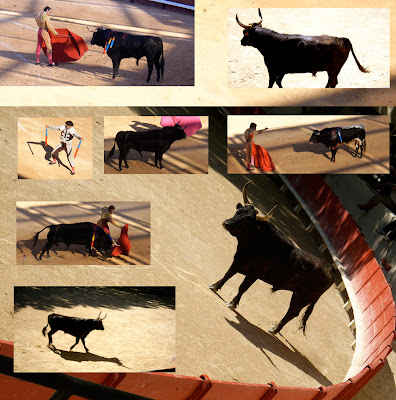 The stadium in Sommieres is perfect-just the right size with an oval ring & shaded by trees all the way around. 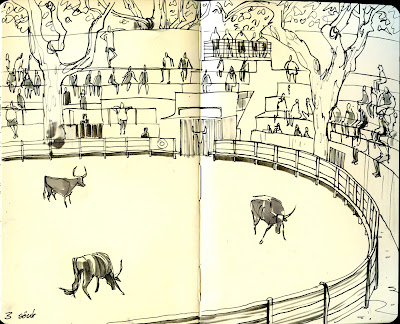 I'm off to visit bull-fighting country this weekend, here are some sights I've seen over the past month. 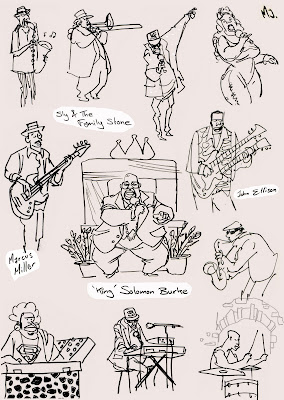 Last week we were at the Nice Jazz Festival-not so much jazz on offer but some great soul, funk & blues acts. We saw Isaac Hayes perform a great rendition of the 'Shaft theme'. Sly Stone was on his last legs but his 'Family' were superb & 'King' Solomon Burke is something else! I couldn't draw this guy fat enough-they literally wheeled him on stage behind a curtain & plonked him down on his golden throne! 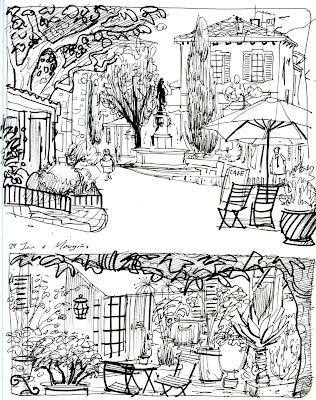 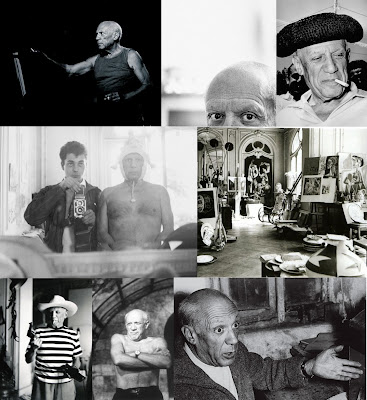 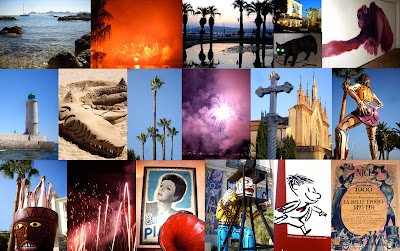