We're working on a special event at Pixar to contribute to aid relief in Japan. I'll post my effort when that happens but in the meantime here's a drawing I made for the exhibition organised by the London animation community.  It's for sale over on the Animators vs Earthquake blog 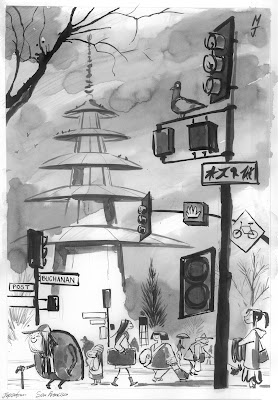 'JapanTown, San Francisco'
A3 Indian Ink & wash on paper
Based on the sketches I made at the SF Sketchcrawl in January. 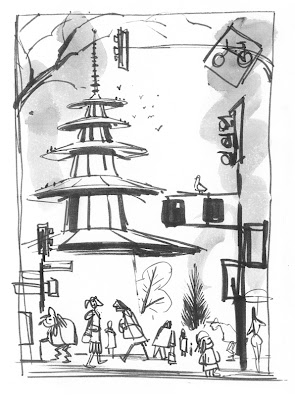 I'm starting to absorb Alex and Louis' methods into my approach. It's all about simplifying the anatomy, pushing the pose and imbuing story, attitude and character.  I struggled like hell at first to consider all these aspects with 30 sec- 1 min poses but with sustained practise it's coming-just like learning to drive! 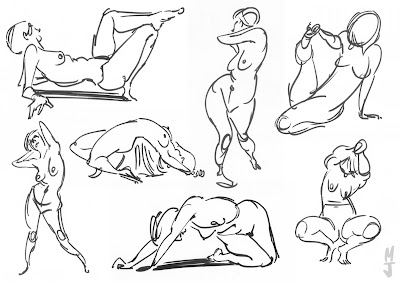 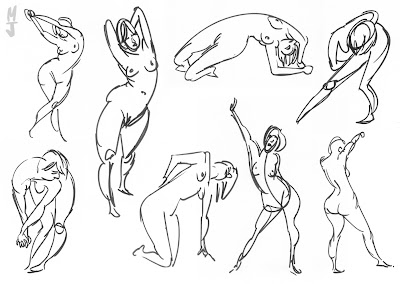 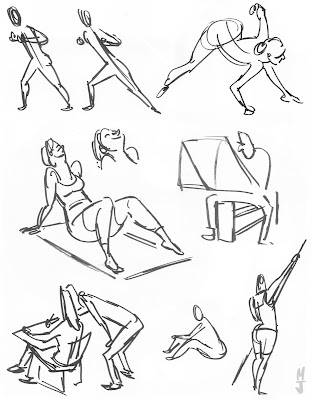 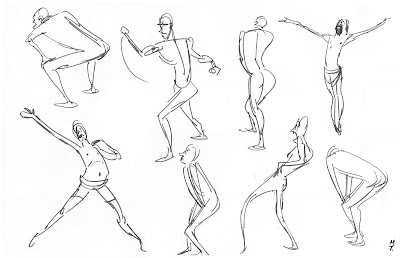 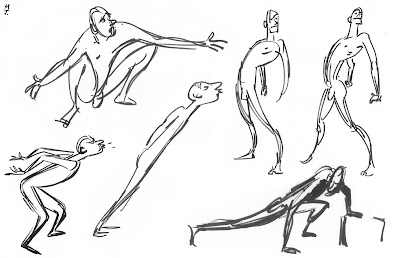 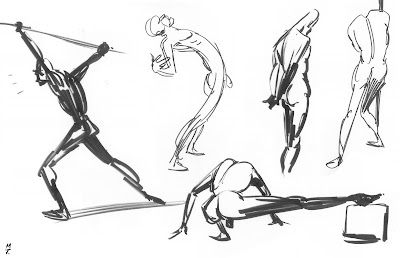 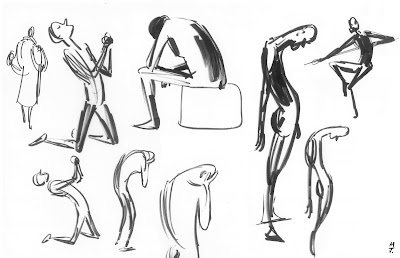 8  Working from the same model and using the pose as inspiration we look for character and story. 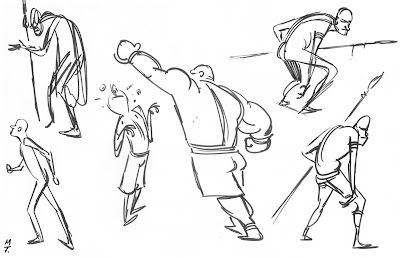 Last weekend San Francisco hosted WonderCon 2011- a smaller, more intimate version of San Diego's ComicCon.  Costumed heroes came from far and wide to join the parade of comic book characters. I had a blast sketching all the different outfits and capture the heroes posing for photos. 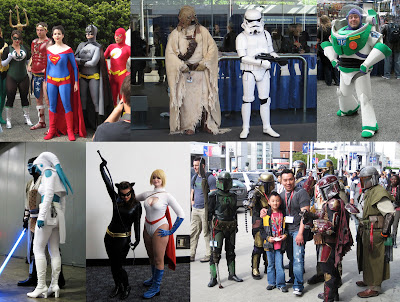 Even San Francisco itself  began to look more like the architecture of a comic book Metropolis.

I met one of my personal comicbook heroes- Bill Sienkewicz-who actually looks like his artwork! 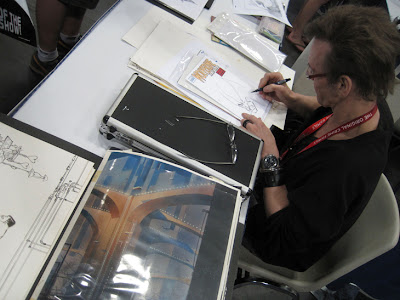 Most generous artist at the Con- Mr Alberto Ruiz - gave me his book and made a great dedicace inside. 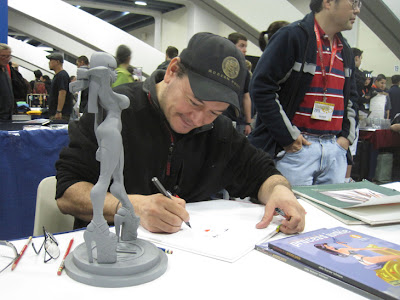 My esteemed colleague Mr Jamie Baker was holding down a booth with Rafael Navarro. 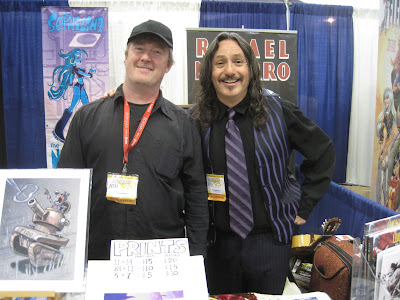 Be sure to head over to Pixar animator Terry Song's blog to see his super sketches of the event.

Great video here on YouTube of all the costumed Heroes

Last summer I had the pleasure of dipping my toes back into commercials.  Uli Meyer kept me busy for a few weeks at his London studio on a couple of spots for Cookie Crisp and Honeystars, both campaigns I had worked on for Uli before moving to France in 2006. 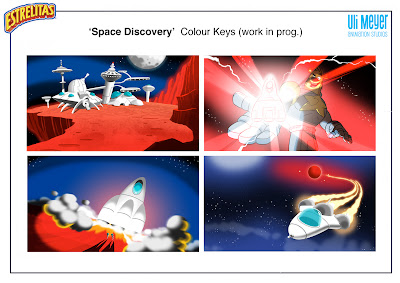 For Honeystars I made these colour keys to set the palette for the spot.  The top left image is based on a layout by Margaux Zinsner.


Stills from the final ad 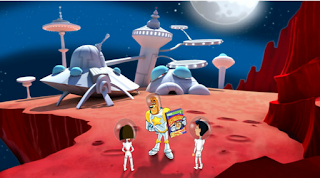 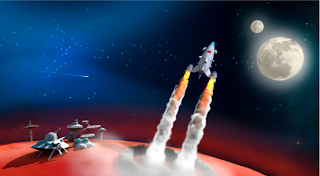 On Cookie Crisp I was assigned the design of Chip the wolf's latest contraption to pilfer cereal from innocent children.  This time it's a kind of Jet-Ski creation. 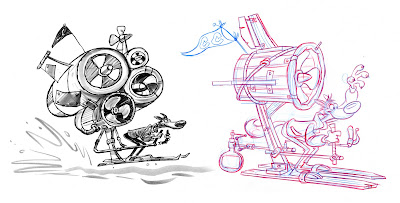 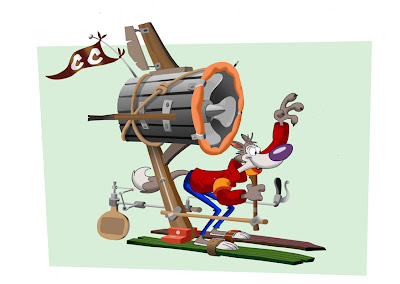 I made some rough colour keys for this ad too.

I did a quick thumbnail board to get the animatic started. 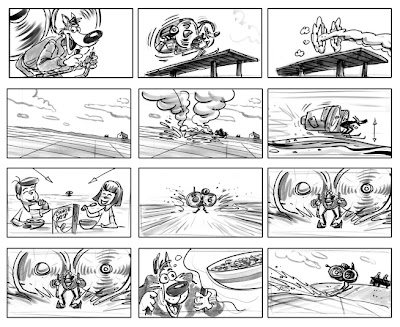 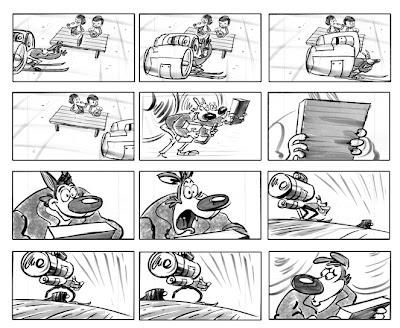 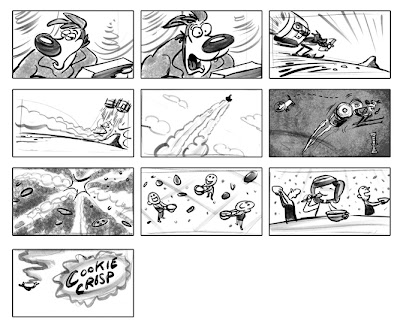 Studio artist Sean Hayden put together a fun 'making of' video showing the production process over on Uli's blog.
Posted by Matt Jones at 7:04 pm 5 comments: