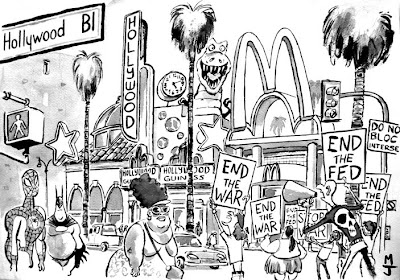 Demonstration on Hollywood Blvd-sketch made on location below. 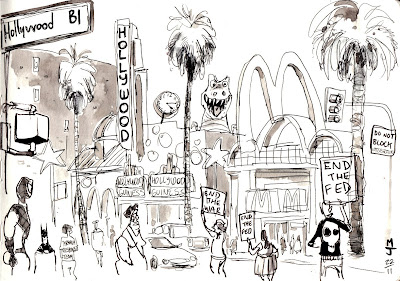 I've recently returned from an epic 3 week trip around the west coast of the States. The first week I was in LA to speak at the CTN-X animation conference about Ronald Searle. Then I went on a week long road trip to San Francisco via Portland & Las Vegas! I went with 2 colleagues from Aardman-Kris & Jess. Together we drove over 2000 miles, ingesting 65 burgers, 1600 gallons of fuel, 12 packs of Camel cigarettes, three yard long margheritas & killing one pigeon! 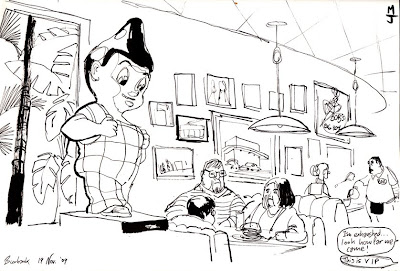 Uli, Harald & I toured the Warner Bros. lot where we saw the soundstages & a fake town. 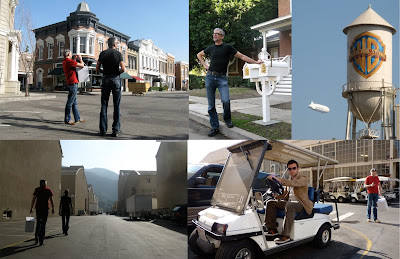 My old pal Leo Sanchez gave me a tour of his workplace-Disney Feature Animation where we ate Thanksgiving lunch, saw 'Princess & the Frog' & met Glen Keane.

The expo was a roaring success & my presentation on Ronald Searle went down well. Later that week we went to a special screening of Don Hahn's documentary on Disney animation during the 90s 'Waking Sleeping Beauty'-a riveting exposé of the 'golden' decade preceding the Lion King. 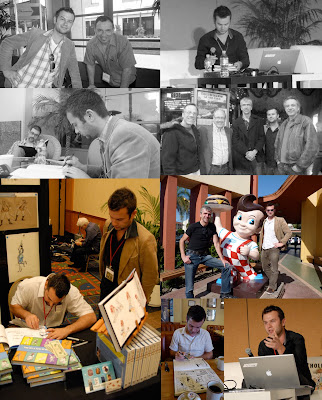 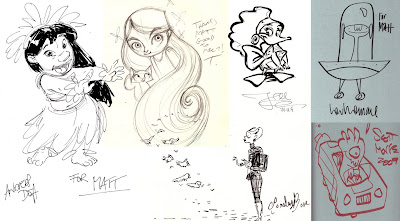 I spent an afternoon at Disney Consumer Products with Stef Kardos. That evening I was honorary guest artist at the French Society of Animation Artists-LA chapter, chez Guenoden. 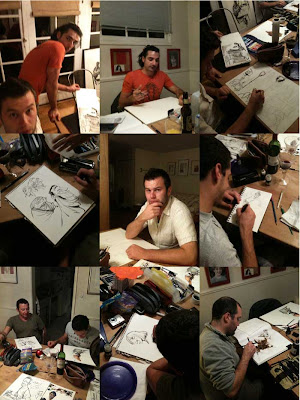 On our last day in the city Kris took us down to the beautiful beaches of LA. After a relaxing afternoon we hit the road to Vegas . . .
Posted by Matt Jones at 11:16 am 19 comments: