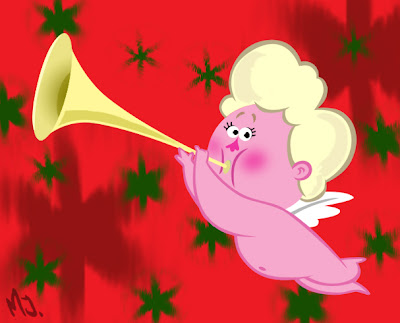 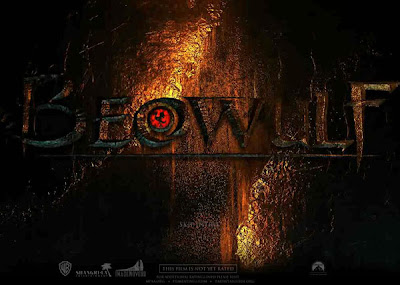 While in Paris last wekend I saw 'BEOWULF' projected in 3-D IMAX. The film left me pondering many questions, the most profound of which was- what is with those hairy noses! The 3-D effect is dazzling & had us seduced by a golden she-demon & attacked by a golden dragon but I was distracted by the beautifully back-lit golden nasal fuzz that Beowulf & his cohorts sport (the Queen character has it too!)
Maybe it was the large screen format that emphasised these details & not so noticeable on regular cinema screens?

What's worse than the nose hair are the EYES. Most of the time the characters look drunk, blind or boss-eyed. They seem to have no focus, like they're always looking in the wrong direction or staring blankly into space. The expressionless faces don't help either. There are strong vocal performances that just aren't reflected in the faces of the characters. This is the root of the much derided 'zombie' look of these mo-cap films. There are occasions where the expressions are pushed & the eyes are focused & it works much better. Perhaps Zemeckis & his 'ImageMovers' have realised this at last, employing Jim Carrey on his next mo-cap picture 'A Christmas Carol'. 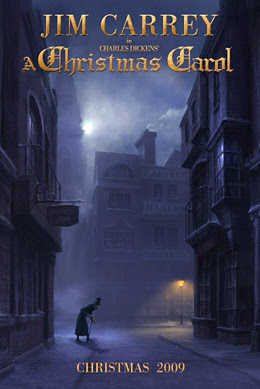 Hopefully they'll get some Dickensian caricature into the design & go broader with the acting & expressions? The most convincing character for me was Grendel's mother, but perhaps that was because I wasn't looking at the eyes? 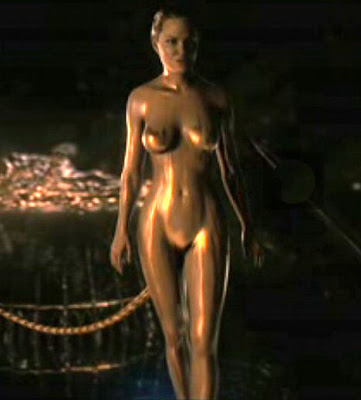 The design of Beowulf could have been more stylish-maybe more like Frank Frazetta than Boris Vallejo. The design of Grendel is just plain ugly-but I suppose that's the point! The detailing on his skin is technically impressive but when it's right in your face in 3-D is just repellant. Crispin Glover's tortured performance makes this character.

The 3-D effect is compelling but still used as a gimmick-lots of spear pointing & things falling towards camera. I've seen the film criticized for its hugely unrealistic camera moves-mile long pull-backs, vertiginous dives & swoops aping Peter Jackson's style somewhat. But why not? Why be restricted to the limits of a physical camera? This technology seems to have allowed Zemeckis to be free & really have fun. Maybe it's a new cinematic language that we must get used to?

It got me thinking how great other films would look in this format-George Lucas is already working on a new 3-D incarnation of the Star Wars movies-the Lord of the Rings trilogy would benefit too. In the future it will be interesting to see how other film-makers deal with it-Tim Burton's 'Alice In Wonderland', James Cameron's 'Avatar' & Spielberg & Jackson's 'Tintin'.
Also, CG films with classic character animation will look terrific-Dreamworks have a 3-D 'Monsters vs. Aliens' lined up & I hope Pixar follow suit.

From Superman to Chat du Rabbin 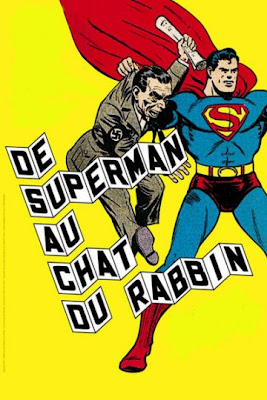 Earlier in the week I saw this exhibition at the Musée d’art et d’histoire du Judaïsme in Paris. It traces the history of the comic book medium through the influence & experience of Jewish culture during the last century. From Milt Gross & Al Capp to Joann Sfarr via Kirby, Eisner, Kurtzman & of course Art Speigelman's 'MAUS'. 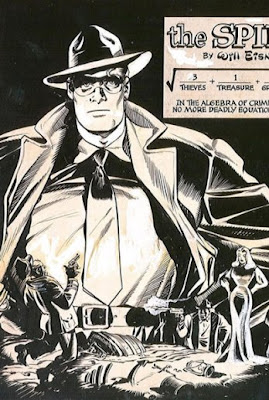 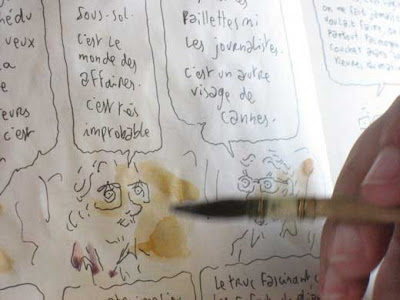 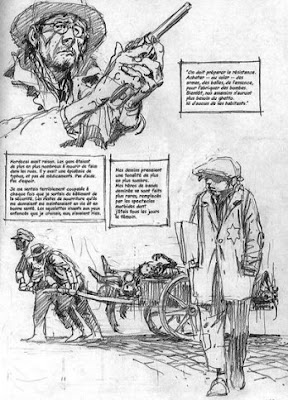 I had no idea of the extent of the influence of Jewish experience on the comic book medium. In the early 20th century the cartoon 'funny pages' reflected the day to day struggle of Jewish immigrants adapting to life in America. Then came WW11 and the second half of the century gave rise to much more serious comic books tackling the holocaust & anti-semitism. 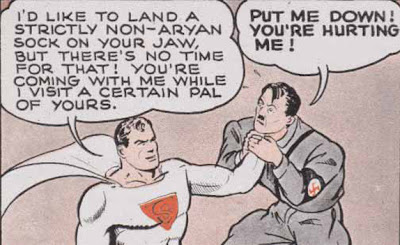 I learnt a lot from this show; it portrays the comic medium as a profound means of expression where Jewish comic creators such as Will Eisner could not only flourish professionally but also find an outlet to create a new identity for their uprooted & abused culture.

The exhibition runs through the end of January.