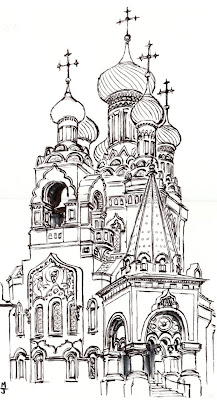 Or 'S Rozhdestvom!' as they say in Russia. I thought this sketch of the exquisite Russian Church in Nice would be appropriate for the season. Merry Christmas to you all, see you in 2009!
Posted by Matt Jones at 2:12 pm 20 comments: 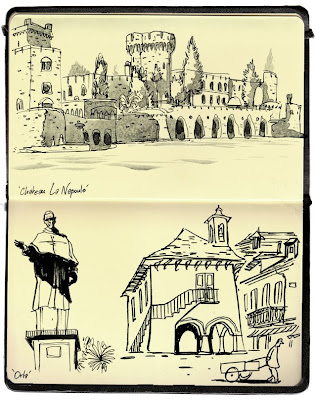 I live close to the chateau Henry Clewes at La Napoule. Orta is a smaller lake close to Lago Maggiore, Northern Italy. La Turbie is a Roman ruin on top of the cliffs high above Monaco, it has terrific views of the Italian riviera. 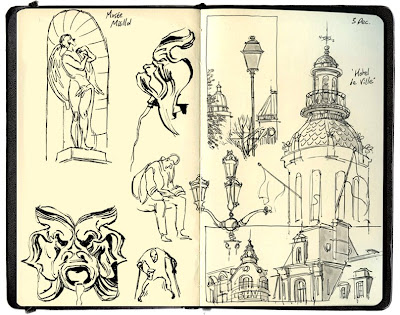 The gothic fountain is next door to the musée Maillol, Paris 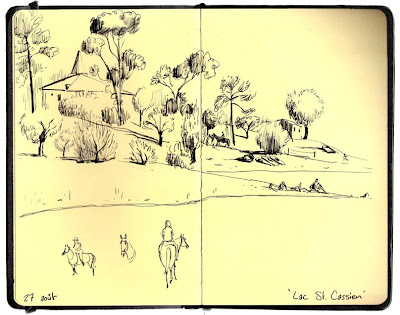 Lac St. Cassien, recommended to me by the all wise Limbolo.
Posted by Matt Jones at 5:19 pm 17 comments: 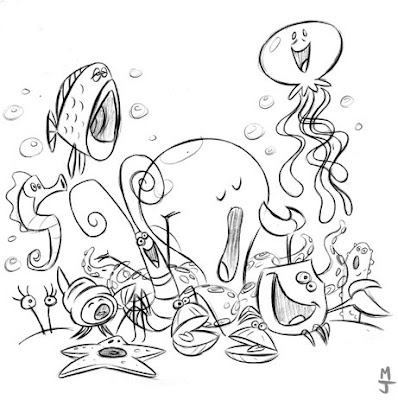 This was a fun pitch I did recently for Uli Meyer Studios. It was a childrens' educational film warning them of the consequences of polluting the ocean. Ironically it was commissioned by an oil company! 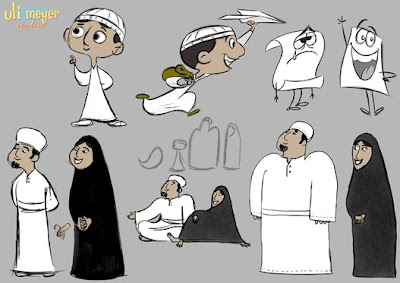 I developed the look of the Saudi family that would feature in the film & a talking fish who would educate the boy. Early on there was a piece of paper character who got upset at not being recycled! 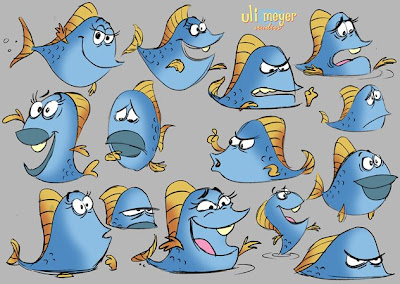 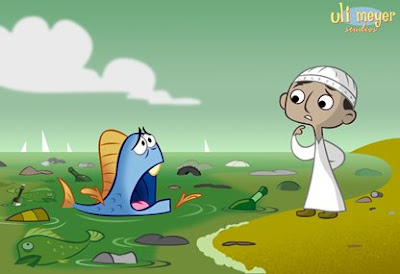 Midway through working on the characters however the client changed the brief. They asked for a design for an under-water concert hall where all the marine creatures of the reef are playing instruments! At that point I had to kiss goodbye to my weekend . . . 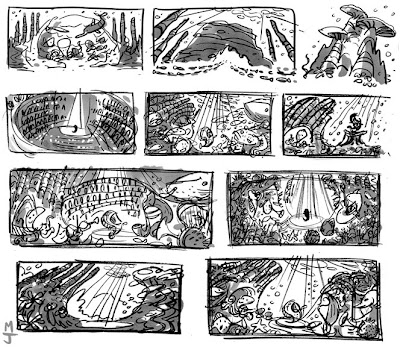 Rough thumbnails of the scene & the working drawing. 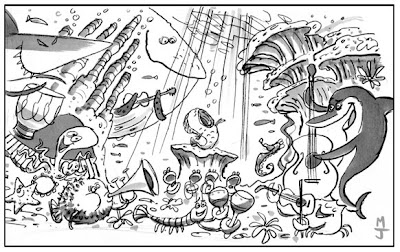 Final colour, a tad gaudy & somewhat rushed but cheerful enough to inspire the children of the middle east to keep their beaches clean right? Wrong, the job never came off! 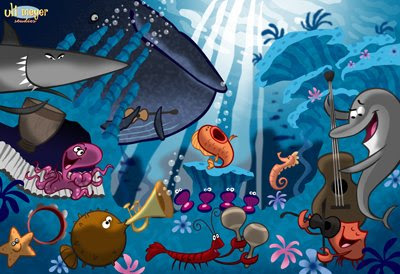