Driving across France last week I stopped half-way in Dijon . I got up early the next day for a stroll around the historic city centre. There were a million things to draw but it was too freakin' cold hence the wobbly nature of these sketches. 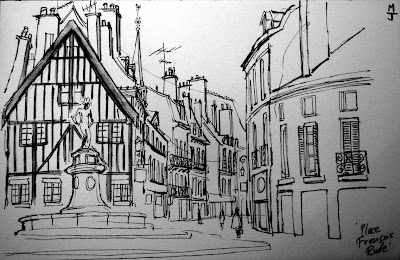 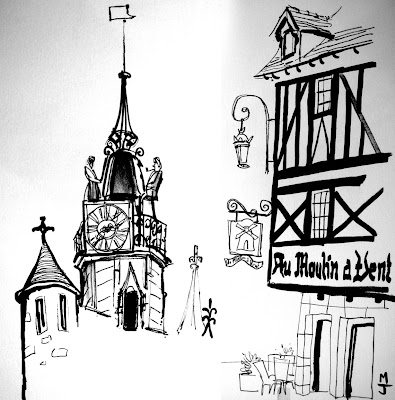 The town is famous for its half-timber buildings similar to the Tudor style architecture that I drew in Chester, England . The French call this style 'maison normande'. 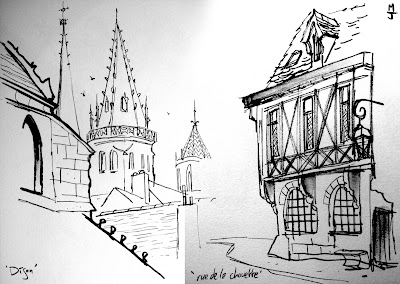 Dotted around the town were ancient carvings of chouette or owls which the locals touch for good luck. With my fingers numb from the cold I touched the owl before heading back to the hotel to warm up. I'd love to return to Dijon in the summer & draw more of the architecture. 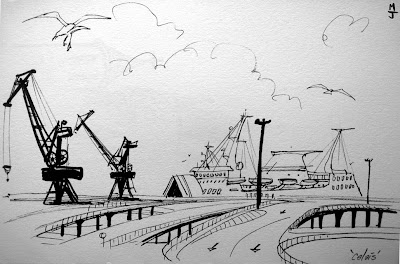 A grand total of 12 hours driving took me from the bottom of France to the top. I caught the ferry to the UK from Calais. Calais is not as nice as Dijon.
Posted by Matt Jones at 9:35 pm 21 comments: 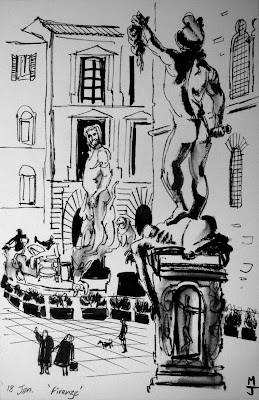 A couple weekends ago I made a whirlwind tour of Tuscany over 5 days. The weather was damp but mild enough to get a decent amount of al fresco sketching done. There were relatively few tourists in the cities & on the roads so it was easy to get around & visit museums.

First stop San Gimignano. I warmed up with a sketch of two of the (14) famous towers seen from the main street into the town. 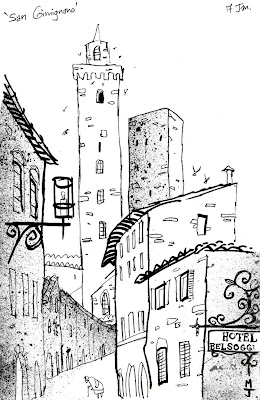 I found a good vantage point at an outdoor café & sketched the main piazza with its much photographed cisterna. 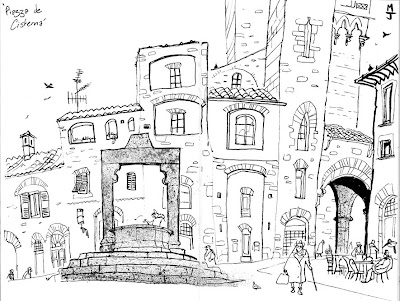 On the way out I found a spot where I could sketch the town with all its towers. Then it was onto Siena (with a brief stop at the fortress of Monteriggioni) 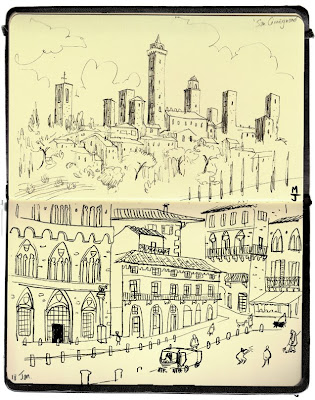 The Piazza del Campo is the most well known spot in the city but rather difficult to squeeze into a sketchbook. In the sketch above I captured one quarter of the piazza where the palio horse-race is held every summer. A wide format Moleskine was perfect to draw the extreme proportions of the Torre del Mangia. I was eager to climb this sucker but it was closed due to the rain!

Here's the view from my hotel window. The stripy tower in the background is the Duomo. 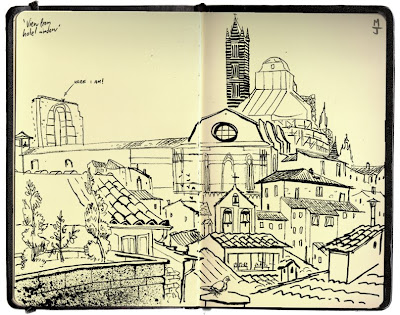 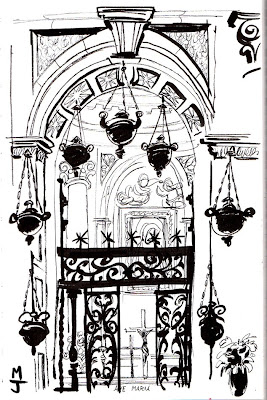 Next day I had to hot-foot it back north to Florence. I've visited the city twice before but never drawn the Ponte Vecchio-now was my chance! 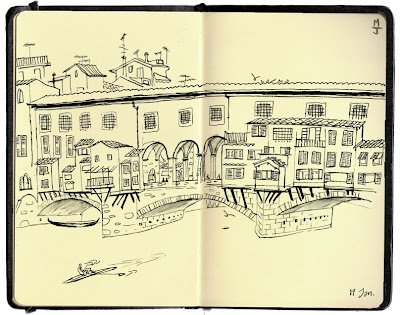 I wanted to get a drawing on the bridge too to capture the tourists gazing at the jewellry displays & posing for phtos. I sheltered amongst the stalls selling Pinocchio dolls & tried to keep the rain drops from hitting my page. Florentine policemen look very chic with their white leather handbags & pith helmets! 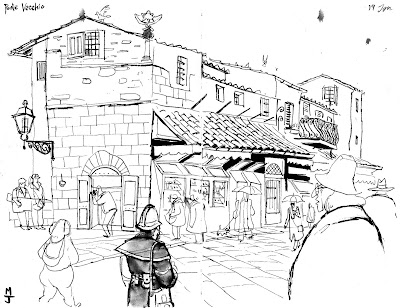 I only had one hour before the Uffizi museum closed. I dashed around it to find Leonardo's Adoration of the Magi, Botticelli's Birth of Venus & Carvaggio's Medusa shield. However the last day I had a whole morning to take in the Accademia where I wanted to sketch Michelangelo's original David. 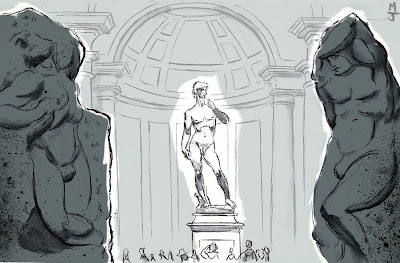 It's really well displayed at the end of a 'corridor' of Michelangelo's unfinished slaves. The portly American tourists were a fine contrast to the perfect forms sculpted by Michelangelo! 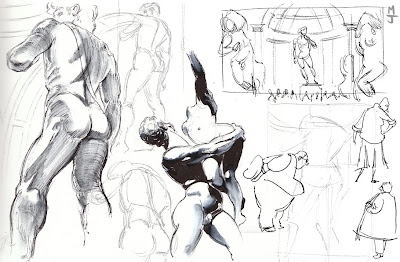 The male & female forms above are a detail from Giambologna's 'Rape of the Sabines' which is said to be perfect from every angle.

After the Accademia I had to leave promptly accounting for time lost in Florence's labyrinthine one way system. Leonardo da Vinci himself couldn't figure out the urban planning of that place!

More of my Tuscany sketches can be seen at the Urban Sketchers blog.
Posted by Matt Jones at 6:44 pm 19 comments: