I've been in France for a year! I moved to Paris last June just as the French were starting to gain ground in the World Cup. It was a sweltering hot summer in the city but there was a great feeling in the streets & people would go crazy whenever a match was won. I was only there for 4 months before moving on South. I've put together some of the sketches of people I met or saw & some of the situations that I got myself into over the past year. 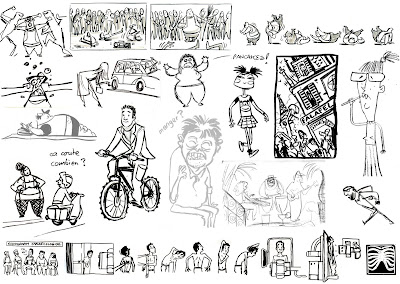 Car-burning seems to be a traditional French past-time! During the World Cup I ended up in the eye hospital after getting too close to the smoke of a burning vehicle & a fragment of something lodged itself on my retina! In February I had a bike accident on the Promenade & my shoulder hasn't been the same since. For some reason my doctor sent me to a Gynaecological clinic to get x-rayed! 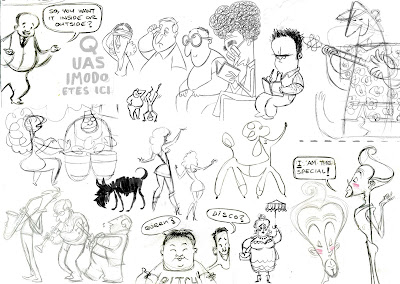 Here's a photo collage of some sights I came across in Paris. 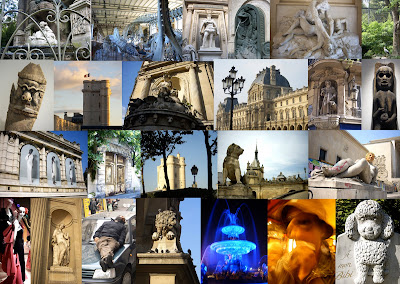 These pics are from the Cote d'Azur. 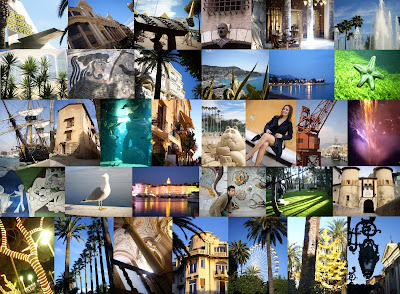 France really is a marvellous country & I've only seen a tiny part of it. I hope to stay as long as possible & discover more.
Posted by Matt Jones at 5:52 pm 20 comments: The Thiou river seen from the Pont-Morand. 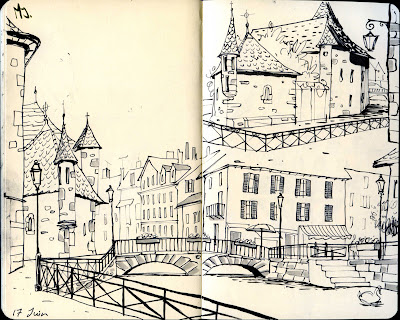 The Palais de l'Isle or 'the Old Prison' from two different vantage points. 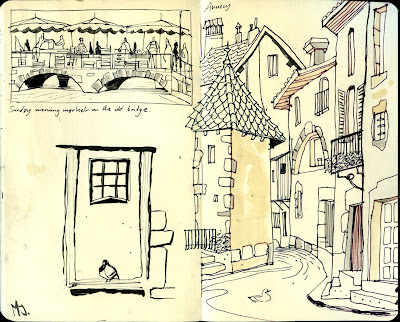 Sunday is market day on the Pont-Morand. 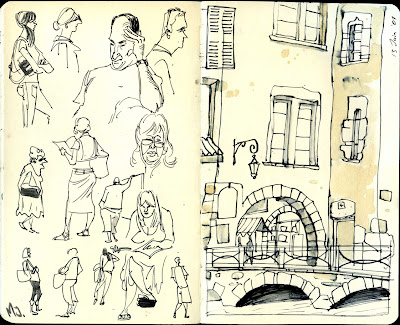 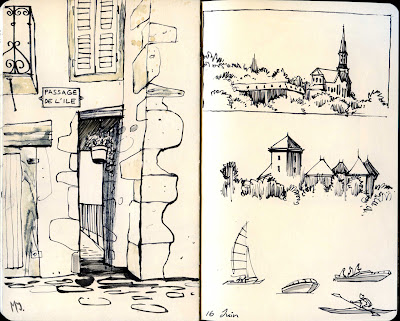 Alleyway opposite Café des Arts (left) & views on the lake (above). 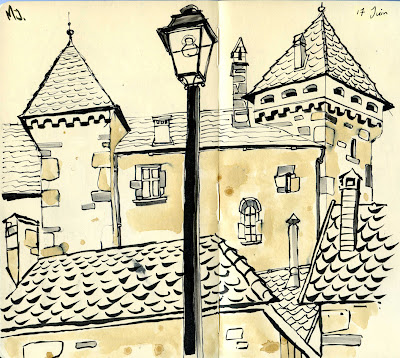 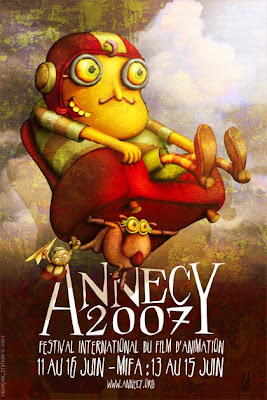 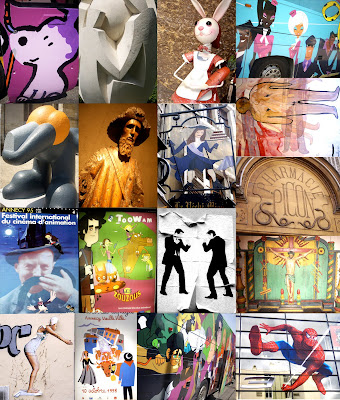 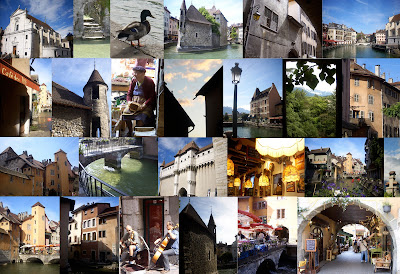 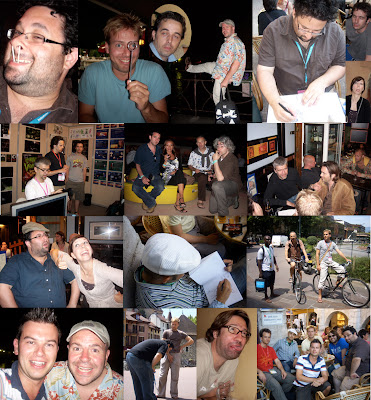 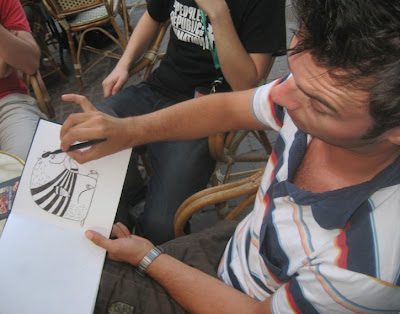 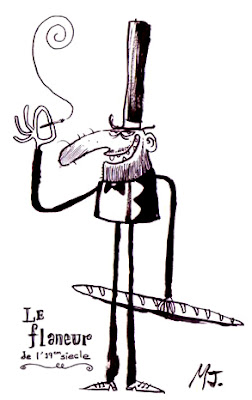 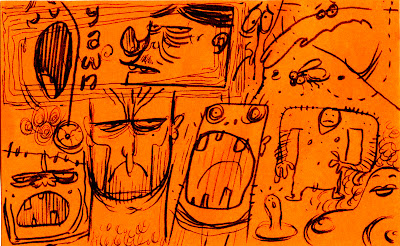 Doodlin' while on the phone to the UK tax office. . . 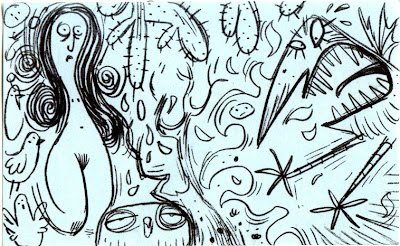