Before I came to Pixar I was an outgoing, confident, happy-go-lucky sort.  But the daily abuse & ritual humiliation has made me a shadow of my former self. I wish I could say it was an honour to be ridiculed by such talented folk but it's too painful.  Bastards! 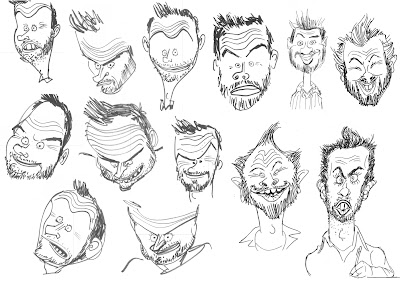 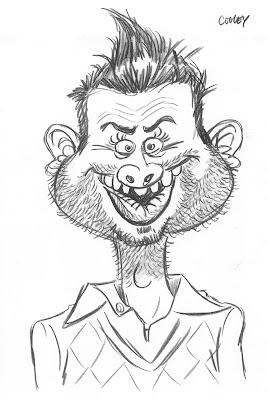 John Hoffman gets the runner-up prize 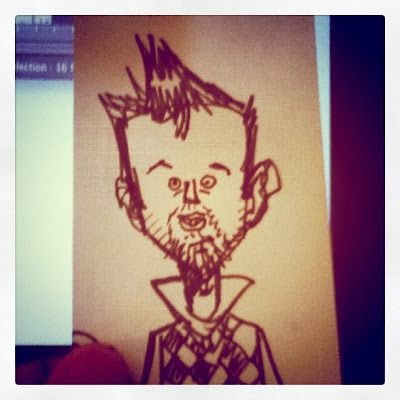 Through the first weeks of January I was host to my old pal Matt Cruickshank who was in town on an illustration gig.  Showing him around we sketched in almost every neighbourhood and sunk beers in all of them!  Here are the results of our intrepid expeditions on the streets of San Francisco . . .

Our first stop on New Year's Eve was Haight Ashbury . . . 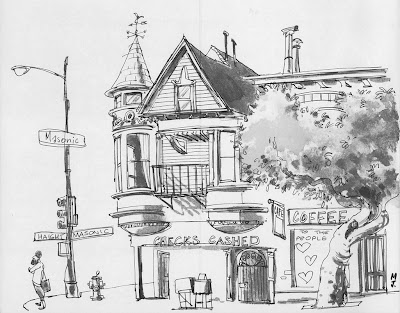 Attracting too much attention from the pimps,pushers,winos and bums we retreated inside the nearest pub and drew the freaky folk from the relative safety of a bay window with a good view of the by-passers. 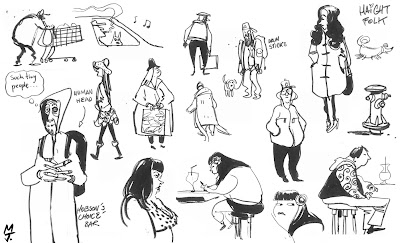 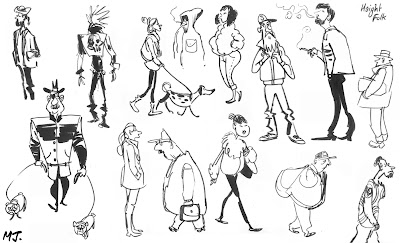 Sleepy Noe Valley has a different kind of vibe to the Haight-more push-chairs less crack addicts! 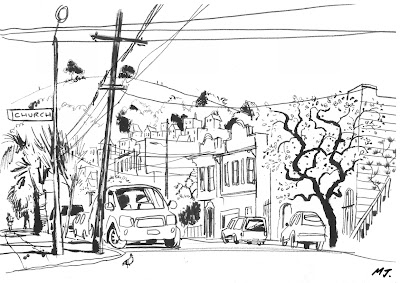 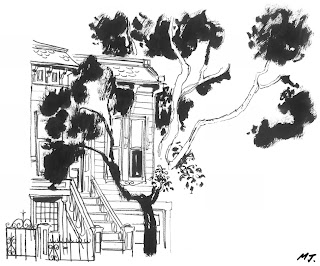 We climbed up to Bernal Heights for a 360 degree view of the city. 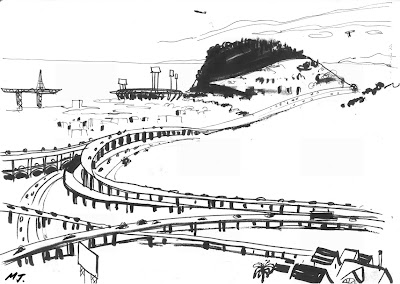 North Beach has a nice, laid-back feel too with of course the obligatory eccentrics. 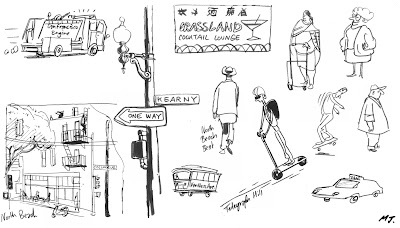 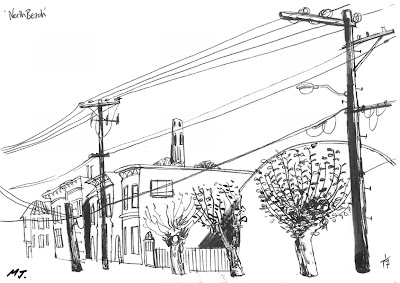 Pier 39 is still home to the stinky, barking, bellowing sea-lion colony.  The gaggle of tourists watching them were even rowdier! 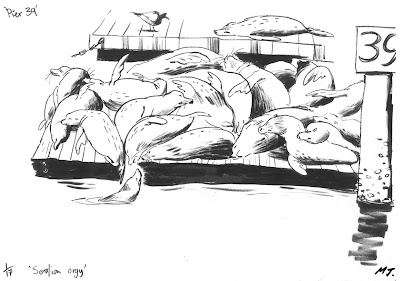 View of the city across the East Bay with the Bay Bridge passing through Treasure Island and the Oakland port cranes on the left.

See Crookies marvellous sketches over on his blog
Posted by Matt Jones at 10:37 pm 24 comments:

The Aardman anthology comic-book to which I contributed a strip is now available to order! Check out the  TALES OF THE SPIFFING blog here for details.  It's rammed with highly amusing nonsense by Aardman artists past and present with a very dandy cover by Aard director Luis Cook. 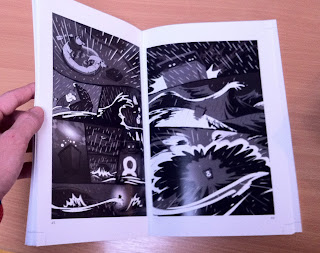