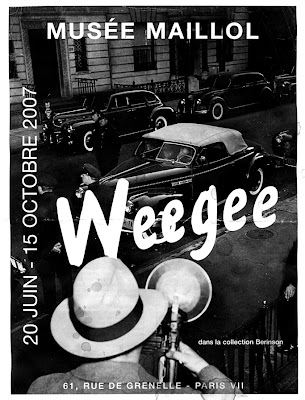 While in Paris I caught the Weegee exhibition at Musée Maillol before it closes mid-October. I first became aware of Weegee or Arthur Fellig & his work in the early 90's when THE PUBLIC EYE was released starring Joe Pesci as a character based on Weegee. I remember seeing a documentary too & I was fascinated not just by his photographs but by this character Weegee that he assumed. 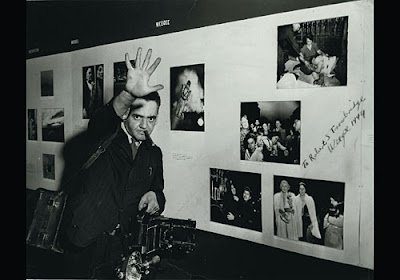 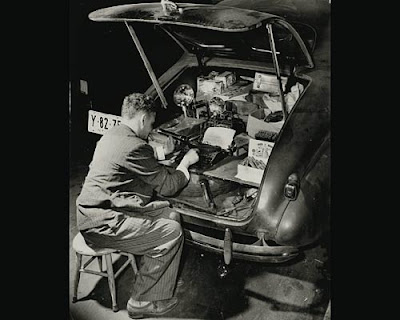 Weegee spent long hours waiting in his car & listening to police radio for news of 'incidents'. He said he lived out of the trunk of his car, presumably as, judging from photos, it was bigger than his pokey Manhattan apartment! He even had a fully functional dark room in the back of his car! 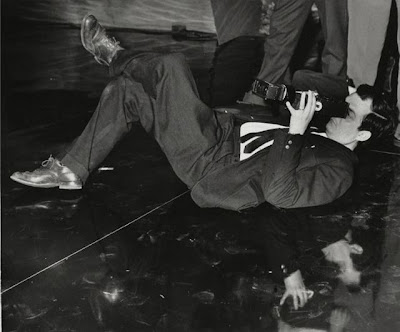 Much like Weegee, Stanley Kubrick started his career as a photographer on the streets of New York & contributed era defining shots to LIFE magazine. Kubrick admired Weegee's photographs & during shooting of Doctor Strangelove employed him as a stills photographer. When Peter Sellers heard Weegee speak he apparently used Weegee's peculiar voice as the basis for that of Dr Strangelove! 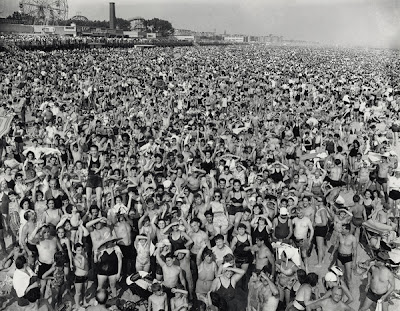 During hot summers of the 1940s reputedly 1 million New Yorkers would head out to the beaches at Coney Island! Weegee captured this incredible shot by shouting out & clicking when everyone turned towards him. It's unnerving to have a 'million' people stare out of this photograph at you. 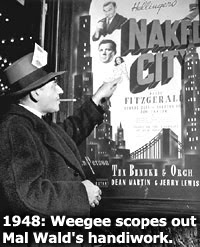 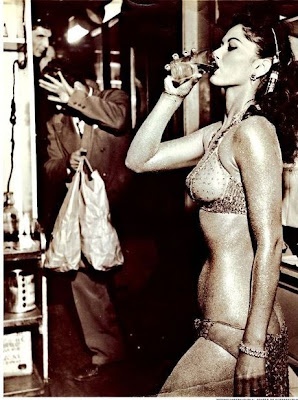 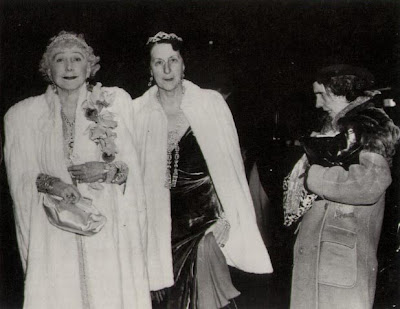 This shot above scandalized America at the time. These high society grandes dames flaunting their wealth during the post war depression made the cover of LIFE magazine. However the fortuitous meeting between the riche & the 'bag lady' was later proved to be a set-up. As a photographer, Kubrick too was known to et up certain shots & it must have been a widespread practice at the time. The competition to get saleable shots must have been fierce. 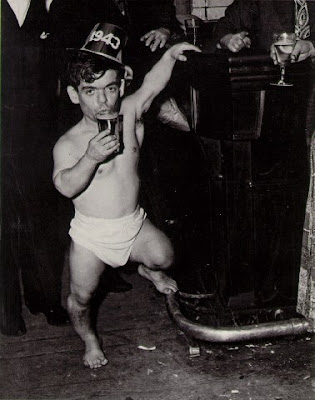 Here's my own Weegee-like photograph, taken in Paris last autumn. 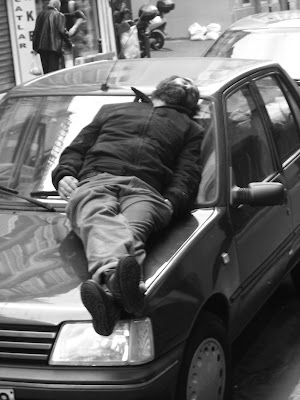 I have a copy of the documentary you mentioned. It is great. Was done by the BBC in the eighties.

At the exhibition there was a great new film being shown produced by the curator of the show but the BBC film was superior.
There were many shots I hadn't seen before including an excellent one of Dylan Thomas.

In a German book someone showed the "Weegee Touch" by printing a photo of a cute baby in the dense, stark black and white that Weegee used and the result was fantastic, the baby looked like a dejected, miserable gangster!

The trailer over at ("Pressing Issues") of Dr. Strangelove seems to have two portraits "subliminally" in the very beginning, from two stills, in the original trailer? One is Weegee and one is Kubrick?