Well, my first Cannes Film Festival is over. On Sunday high winds swept in from the Mediterranean & whisked the circus away. It was a blast. Whomever first had the idea to invite the world film industry to a small(ish) town on the French Riviera for 10 days of non-stop movies & parties under the sun in glorious surroundings deserved the Legion d'Honneur. If only they had had the foresight to arrange better parking! 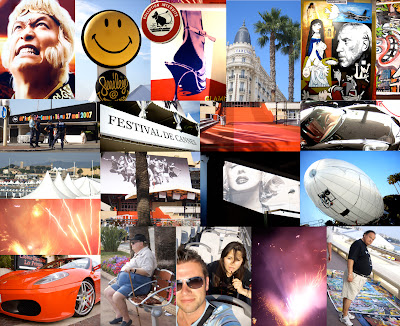 The highlight of the festival was seeing Martin Scorcese give his Masterclass. Quentin Tarantino was in the audience & as he arrived everybody went wild taking photos as he took his seat, the French LOVE this guy! 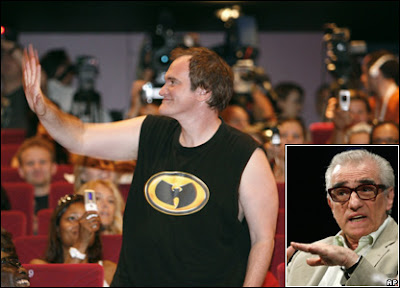 Best film of the festival for me was CONTROL, the Ian Curtis/Joy Division bio-pic by Anton Corbijn. It won the Best European Film award in the Director's Fortnight & made a star of Sam Riley who plays Curtis. 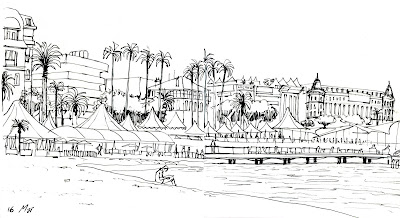 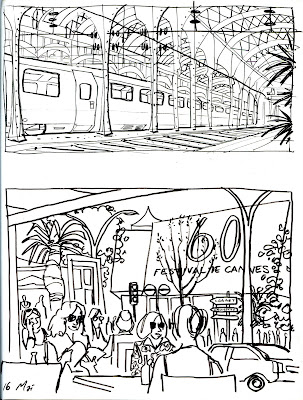 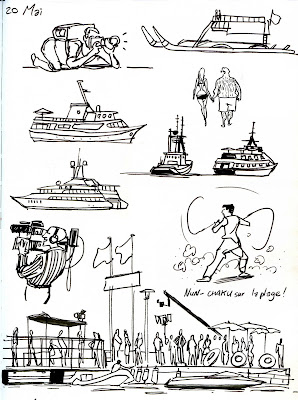 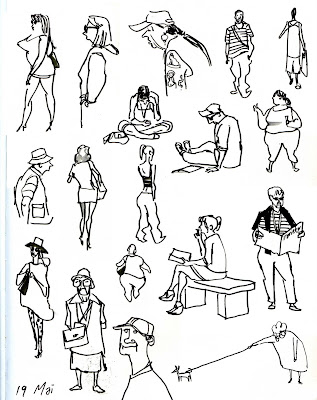 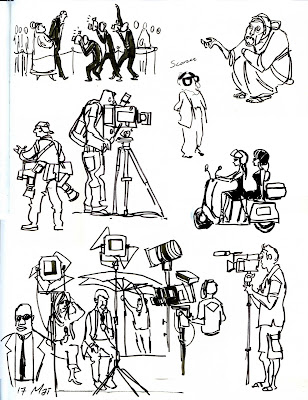 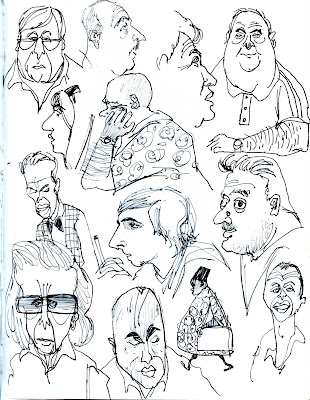 Magnifique monsieur. Beautifully composed scenes. Actually, these are some of my favorite to date.

i like, HI 5. hope all is good. The weather looks really great. And the sketches are tres magnifique.

Hah! I know, he's not only let his films slide but his body too! Thanks for the comments fellas.

great stuff, you lucky monkey...
see you in a week!

great sketches,love the girls on the scooter.is that a vespa or an old lambretta?

I think it was a Vespa- those ladies were dressed up in full evening gowns on their way to a premiere. Cannes is relatively small thus the traffic is terrible- scootering is the best way to get around the limos!

aha! I come back the next day and the REALLY good stuff is appearing. Love the little dog on the lead.

Beautiful sketches. The wide shots are lively and fresh and the woman with the dog is perfect.

Lovely sketches, yet again!
I'm going to Cannes in a few weeks time, I'll try to recognise some locals, based on your drawings.

What the hell is Tarentino wearing?

Disgracefully good drawings by the way.

I used to think you made those fat guys in shorts up all by yourself.

I love your drawing style. Fresh, unique and confident. Great line work, man. All the best!