'A Monster In Paris' Opening pt.2

The opening was initially conceived as a picnic at the Parc des Buttes Chaumont in Paris. It's a beautiful, man-made park constructed in 1867.  The Temple de la Sibylle is perched 30 meteres above the lake.   Living in the city at the time I was familiar with the spot and knew exactly how to exploit the location to create an exciting opening sequence. 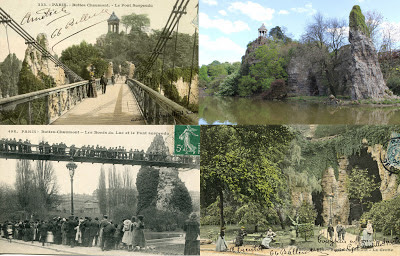 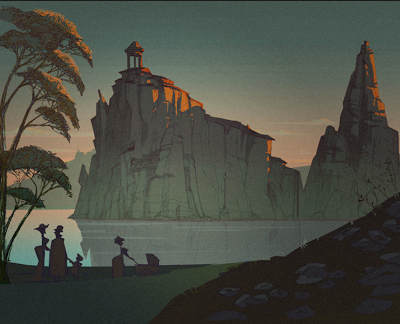 We had Emile & Maud enjoying their pic-nic on the waters' edge before the nightmarish alligator emerges and chases Maude up to the Temple.  To figure out the camera angles I made a plan 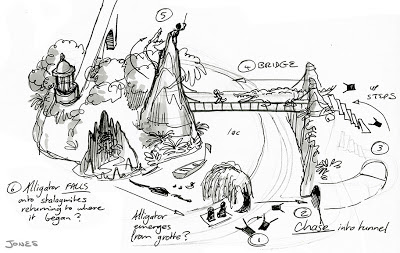 I roughed out a design of the alligator and made a couple of story sketches as beat boards.  (The one above of the pic-nic is based on a similar set up by Zebe but with the characters' positions switched) 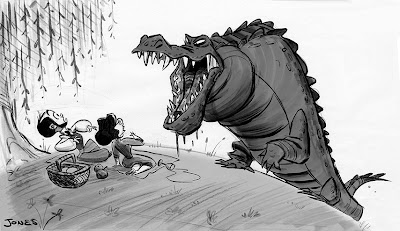 I had a good amount of time to fully explore the possibilities in this sequence-I thoroughly thumb-nailed out all the staging possibilities that excited me. 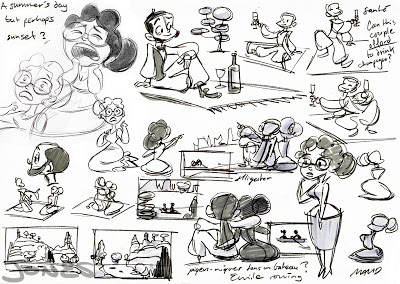 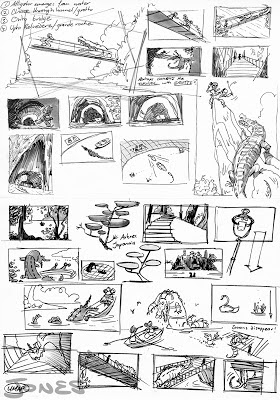 I made this long pan to lead the viewer into the 'world' and introduce Emile and Maude. As soon as I finished drawing the sequence was reconceived as taking place in the Jardin des Plantes.

Here's an early pass on the storyboard for the opening sequence.  It has essentially the same shape-Emile wooing Maude, interrupted by the alligator, the chase, Emile vanquishes the beast, the 'world' disintegrates, Emile wakes from his dream . . . 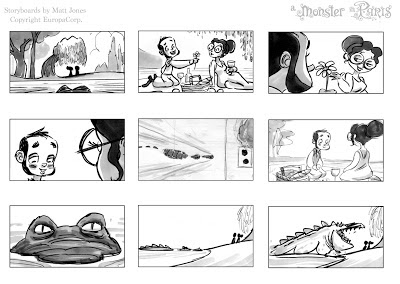 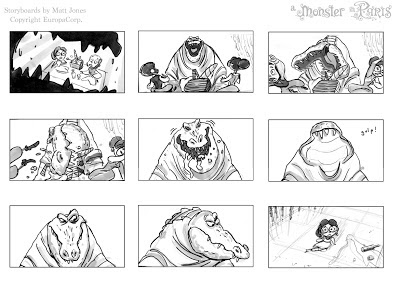 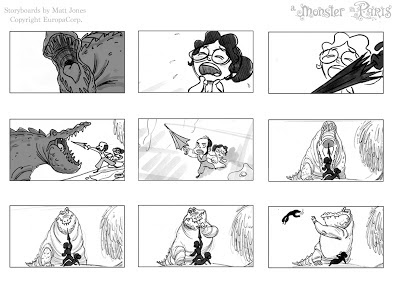 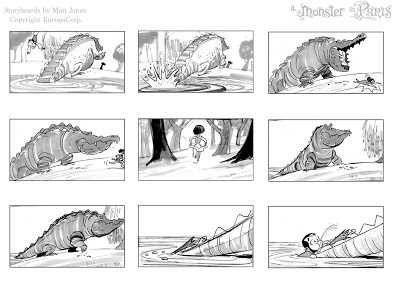 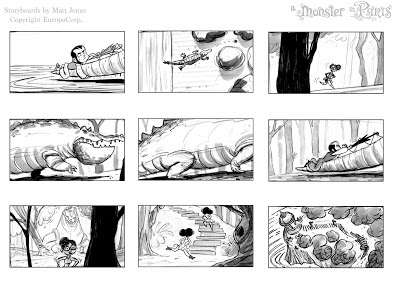 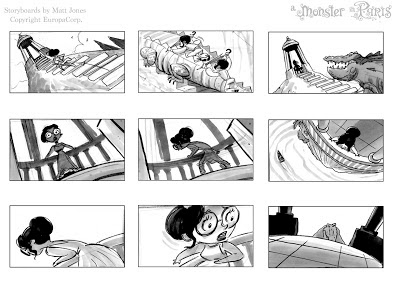 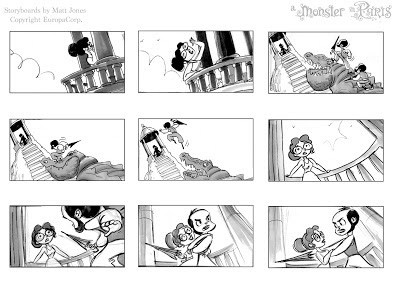 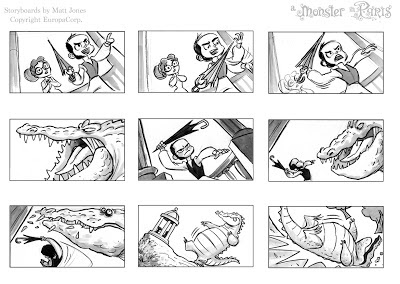 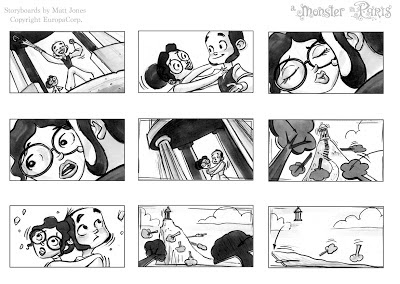 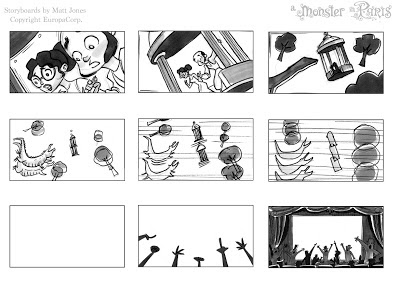 Oh I lived close to this park :)
Thank you so much of sharing your process, that's so interesting!!!

Thanks for showing all this art. I'd buy the book if they made one.
Best,
Steven Ng

Thanks folks! This and my 'Monster' blogs are the closest you'll get to an 'art of' book

Hey Matt! Thanks for stopping by. I didn't know you worked on A Monster in Paris. That's amazing! I love, love, love your drawing of the turkeys running away. It really cracked me up.