'A Monster In Paris' Opening pt.1

I was lucky that director Bibo Bergeron assigned me several juicy action and musical sequences to storyboard including the opening of the film. It went through several incarnations but was always structured around a giant monster chasing the films' protagonist Emile and the object of his affections Maud.
I'll come back to the early versions but for now here are the almost final storyboards before editorial & layout made their revisions. 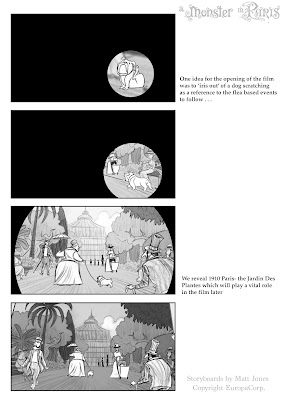 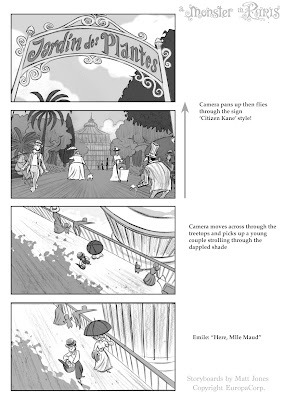 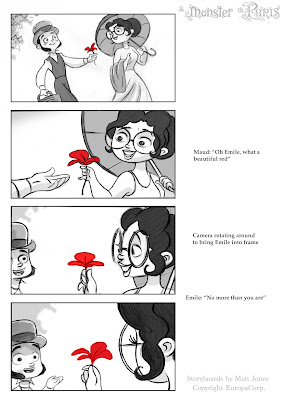 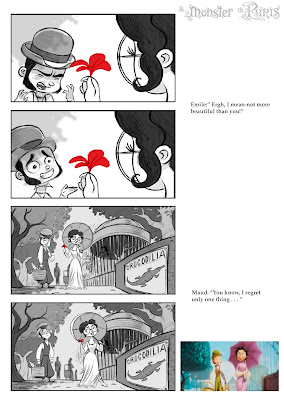 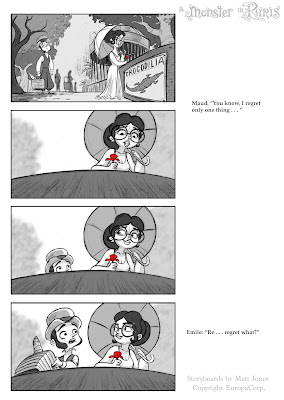 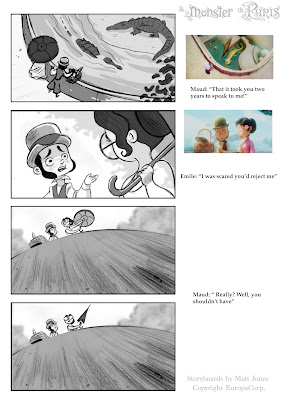 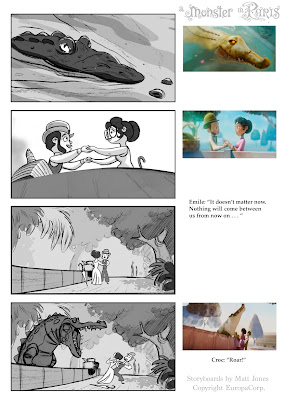 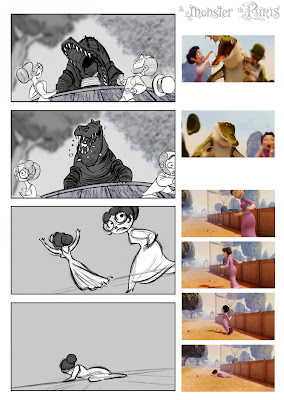 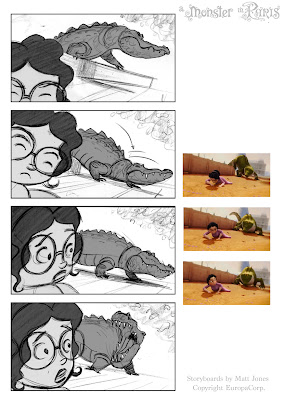 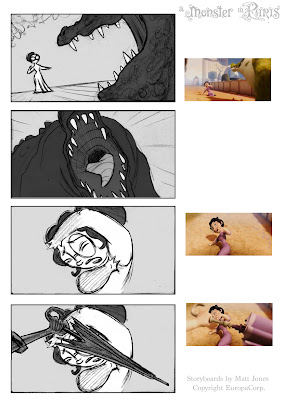 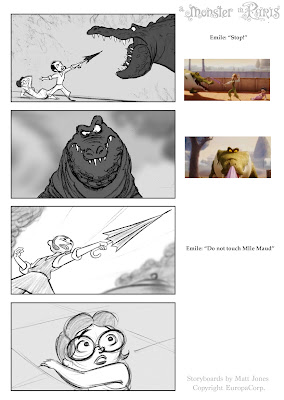 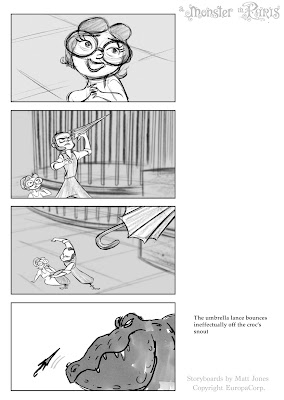 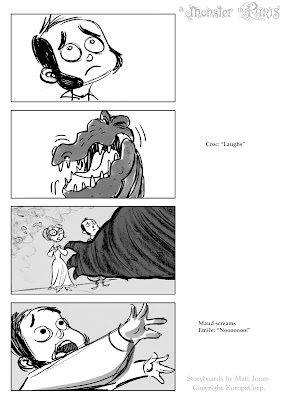 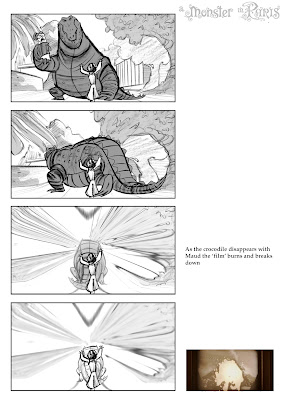 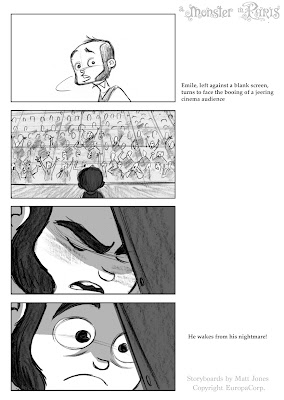 In this clip (en Francais) from the final film you'll see it begins with newsreel footage of the 1910 Paris flood segueing into Emile's footage of his stroll with Maud. It sets up the world of the film and the interests and desires of one of the main characters very economically.


Un Monstre A Paris from Brandee Soard on Vimeo.
Posted by Matt Jones at 9:48 pm

Wonderful stuff Matt!!! Interesting to see which angles and staging made it into the final clip.

Awesome! Thanks for posting this!