This session I used grease pencil on thin A3 layout paper. Compared to my usual sketchbook/ gesture sketches that's a relatively large size but the grease pencil allowed me to draw very quickly. It's easy to block in the line of action & angles quite broadly then work over that with thinner, heavier strokes to define the forms. 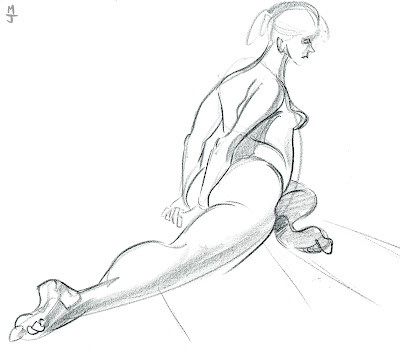 2. Quick sketch next with a simpler pose-that arc of the spine was the first mark I made with the rest of the forms built up around it. 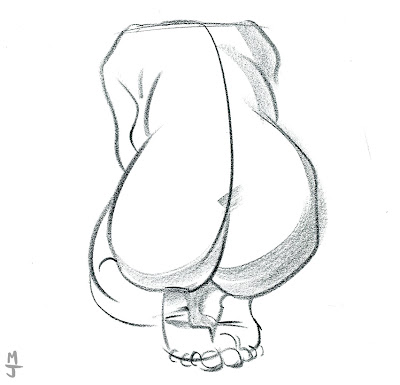 3. Good dramatic pose here-this had inherent emotion from every angle. 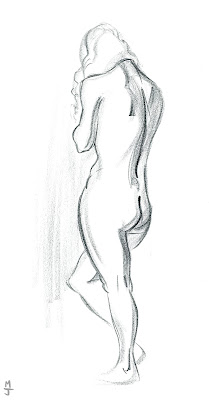 4. This struck me as a delicate, vulnerable pose so I approached the drawing with a lighter touch.

5. Whereas the knotted muscles of the back here demanded bolder marks. 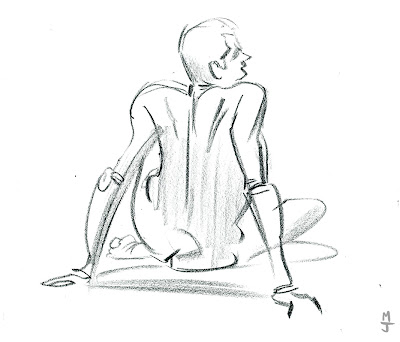 6. Had some fun with this one playing with graphic shapes. 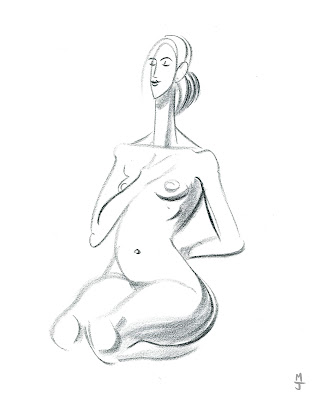 7. Not entirely successful drawing. The twist in the torso & the fore-shortening of that near arm were equally interesting but in 5 minutes I couldn't do justice to either. 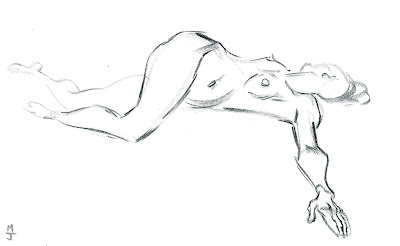 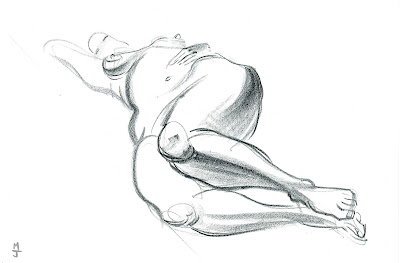 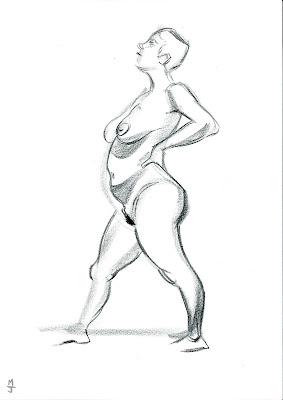 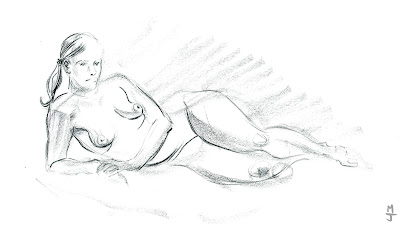 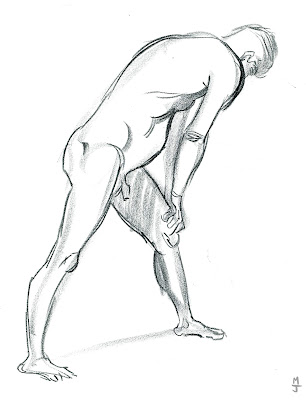 13. What a pose this one was! Dynamic from every angle-it was all about the tension in that knuckle & the negative space between arm & leg for me. 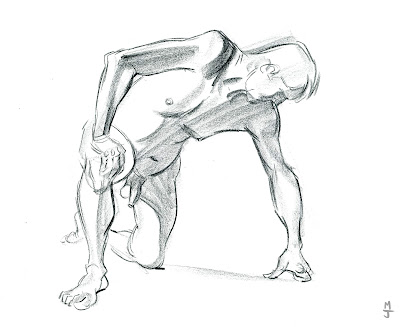 Some beauties here, Matt. You have such a practised skill at the whole call it 'less is more' approach. I particularly like the fourth and eighth: the simple sweeping curves of 4 and the brilliant foreshortening of 8. And that first one is a nice treatment of a difficult angle. I've noticed you draw female subjects with softer sweeping curves, and the guys are drawn with more angular mark - pretty much.
Cheers - Always educational

Amazing! Thanks for sharing your life drawing, these are extremely inspirational for me!

P.S. do you use chinagraph for these drawings and what scale do you usually work at i.e A4,A3 etc?

these are awesome!! Very playful

You accomplish so much in one session. I simply love the laying figure with the hips extended outward. I love those poses. The gentle standing nube is packed full of pathos