5-min warm ups. The strong verticals in the spines of each model were the first marks I made. 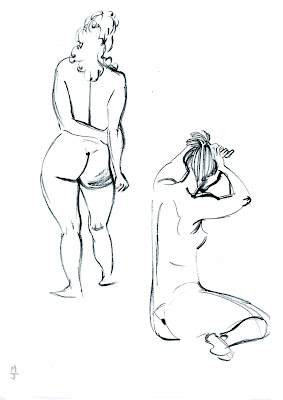 The small foot & the larger near hand helped to define the spatial relationships in this pose. 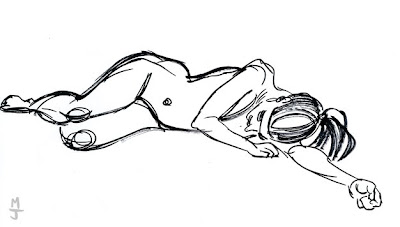 Quite exaggerated forms in this one but the graceful curve & the opposite squash help add weight to that leg. The torso looks way too short to me now though.

I struggled to capture the weight on those arms-the shoulder blades are maybe too exaggerated. 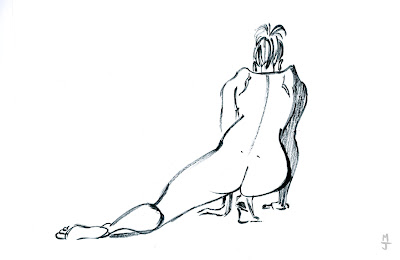 This next pose was terrific, the model was very feline, but I didn't really do it justice in this clumsy drawing. I was over-whelmed by the extreme perspective & didn't resolve the shoulder blades & feet too well. 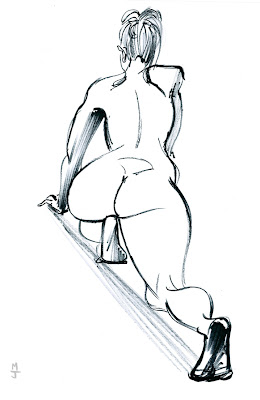 Cute pose but that rear foot is shoddily defined. 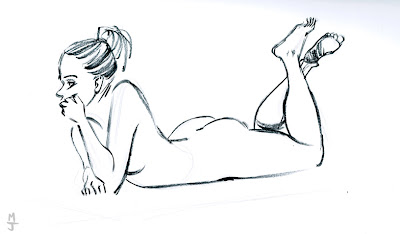 This model was built like a Ruben's-she reminded me of the women Rembrandt painted too. Very fleshy & large hipped. I think I have the pelvis oriented ok with some weight on the rear leg but the head is probably too small. 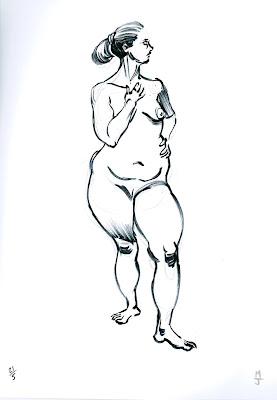 During the break my colleagues formed an interesting group shape whilst looking at each others sketches. 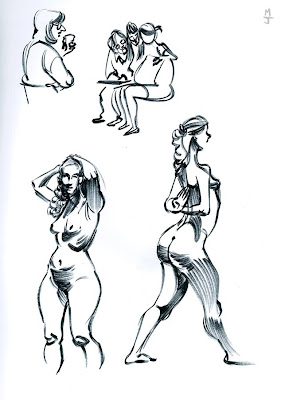 I messed up the facee on this one & started to black it in which actually started to give the drawing some power. The head remains too small however. 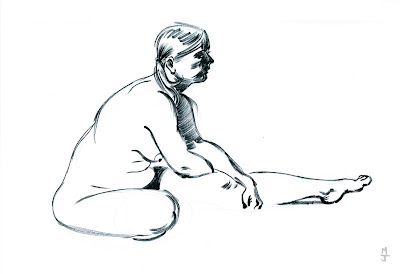 Great Rodin-esque pose here but I didn't really resolve the face too well. 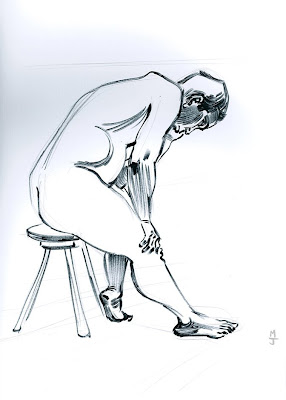 By the end of the session the models were fatigued & had ran out of inspiration with their poses. This one's pose was so dull even she started to doze off-I had to have some fun with the drawing though & exaggerated her features & proportions, perhaps a little cruelly with the face. 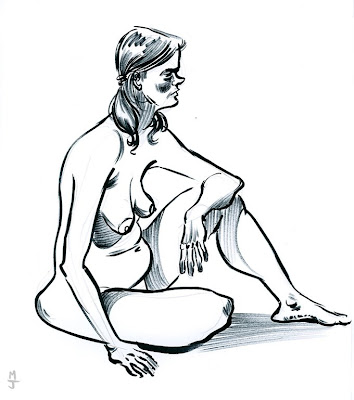 Nice work Matt. The last and third to last are my favs.

Are these all done with one of those Micron or Pitt Artist brush pens?

Merci Anne-Lise.
Dan, these drawings were made with regular PaperMate fibre tips & a Tombow brush pen.

I like the candour and objectivity of your critiques. There's something striking and well-observed in all of these though. I like the subtle foresortening of the reclining figure (2md image) and the way you found the curve of her stomach. The feline pose (5th)from behind looked like a really tough angle. I love the way exaggeration has really captured the posture