The Untitled Pixar film that takes you inside the Mind!

Having lived in France for a couple of years I was aware that animated films are often given interesting new titles; 'Up' was 'La Haut', 'Brave' became 'Rebelle'. Racking our brains for suggestions of what 'The Untitled Pixar film that takes you inside the Mind' might be I suggested 'La Joie de Vivre' which the editorial team amusingly used at the head of one of the rough assembly screenings. Naming this film was thrown open to the entire crew by producer Jonas Rivera. A list was drawn up that everyone contributed to eg. 'Mind Blown', 'BrainTrust', 'Joyless', 'Out of Mind', 'Emotional Rescue' etc. 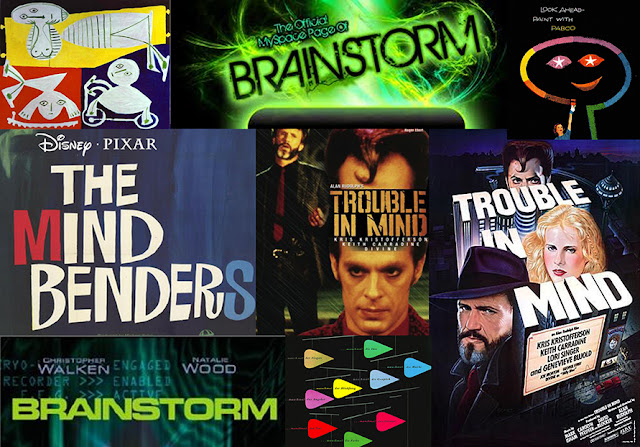 I started with a 'mood board' tracking films with similar titles to some we had in mind. I collated images with colours that suggested emotions and Saul Bass style fonts. Potential titles must be checked against existing properties by the legal dept. There are several 'Inside Out' films but there was deemed no conflict of interest with Pixar's film. 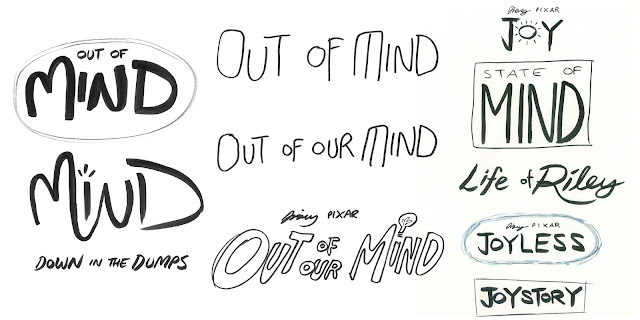 I think visually and have loved designing fonts and logos since childhood. My Dad is a sign-maker and I was fascinated by a Letraset book he had. I'd help him design signs and he had great technical pens I'd use to draw. I studied graphic design later at school and always relish the opportunity to do some thinking on movie logos.
'Life of Riley' was deemed too trite early on. I don't know who came up with 'Inside Out' ultimately but it was on a short list that John Lasseter chose from. Once again the French title is more interesting and whimsical 'Vice-Versa'.

'HQ!' could've been fun. I thought perhaps using the name of the true main character of the film (but it looks like David O. Russell took that one). 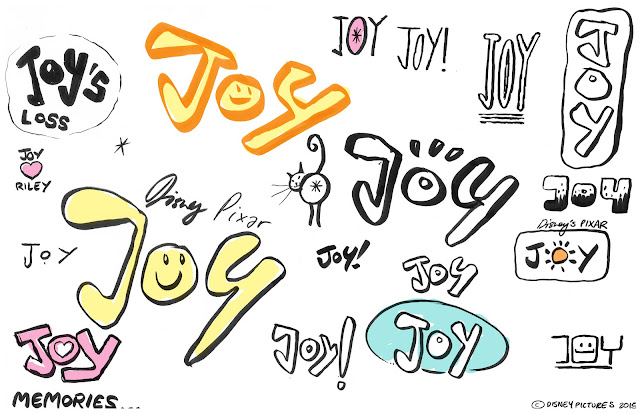 The Story team are often tasked with generating ideas for teaser trailers.  These are very rough thumbnails where I'm just thinking my way through ideas. I love movie trailers that used to 'tease', that left the audience intrigued. I thought of something that would use simple abstract shapes animated on screen with relevant sound effects. 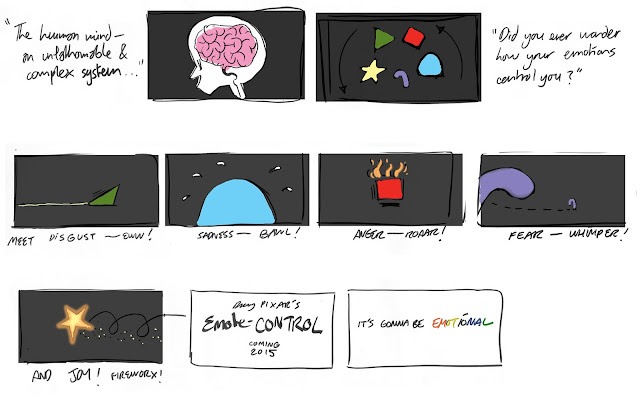 I thought about Joy presenting the team in a 'Psychology Lesson' 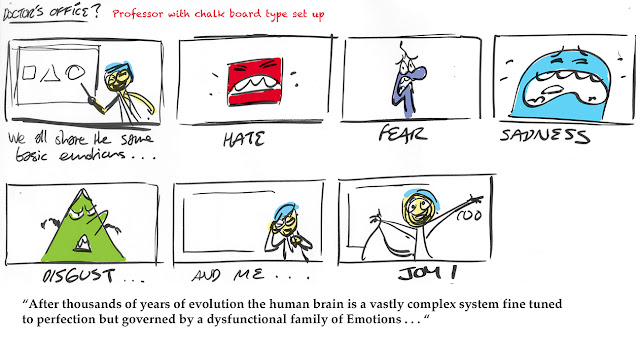 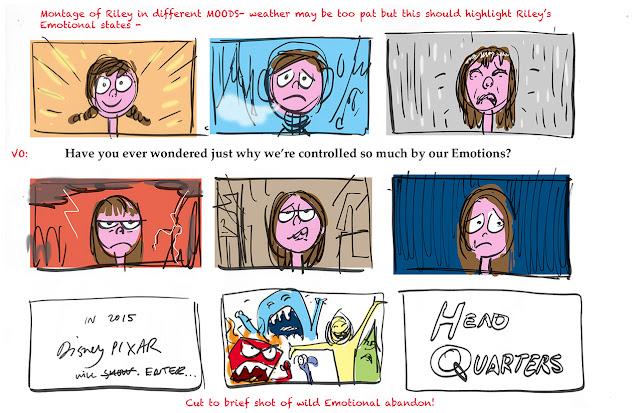 (Above) 'The Emotional States of Riley' or even something more mysterious . . . 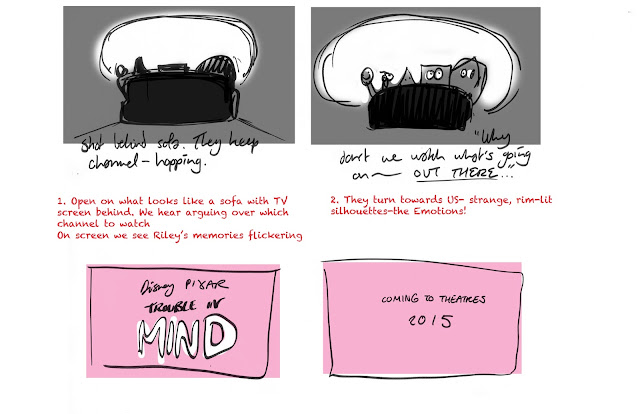 Pete even tasked us with coming up with graphic 'emoticons' that could be used on the control panel displays. This page above is what Pete showed to Dacher Keltner at Berkeley's Psychology lab which led to me helping them develop the 'Finch' animated emoticon for Facebook.