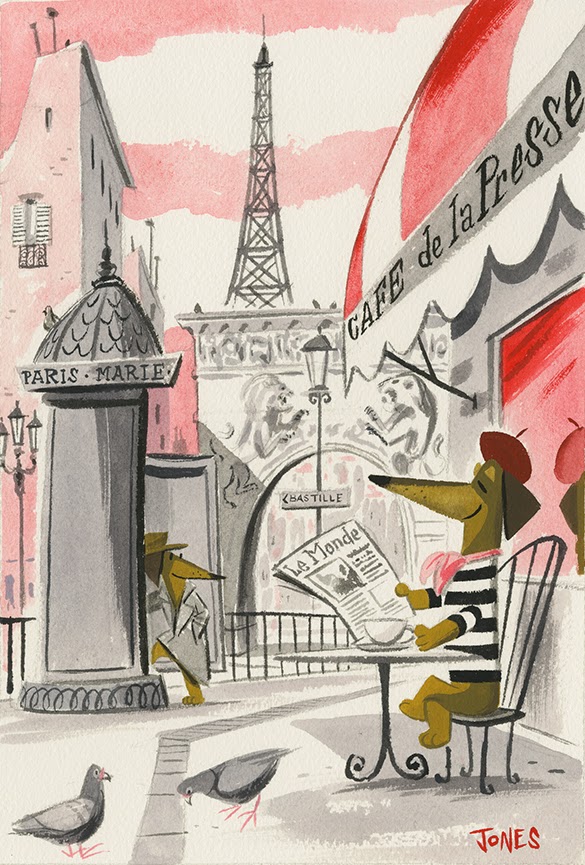 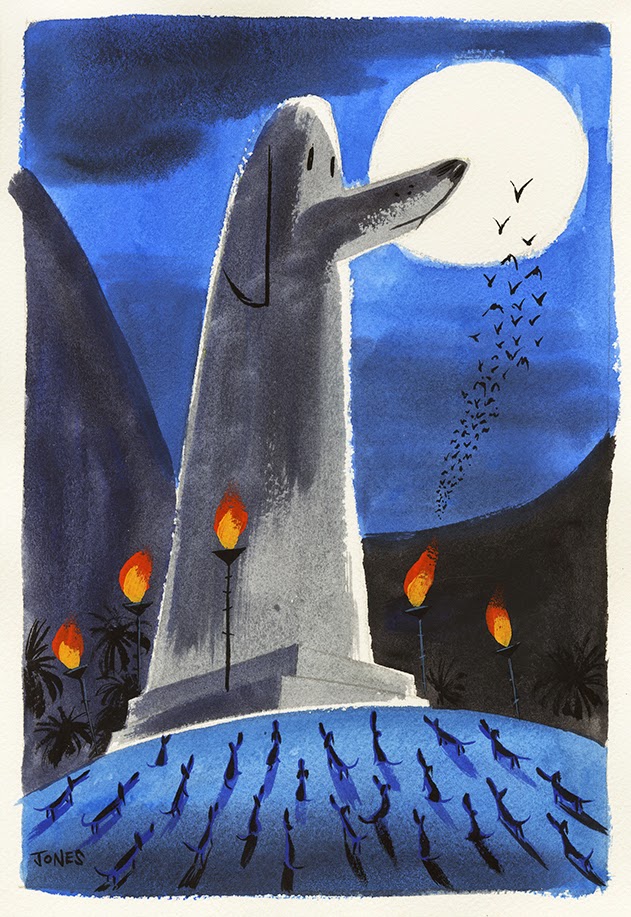 Dachshunds came from all over to worship the great Dox Idol. 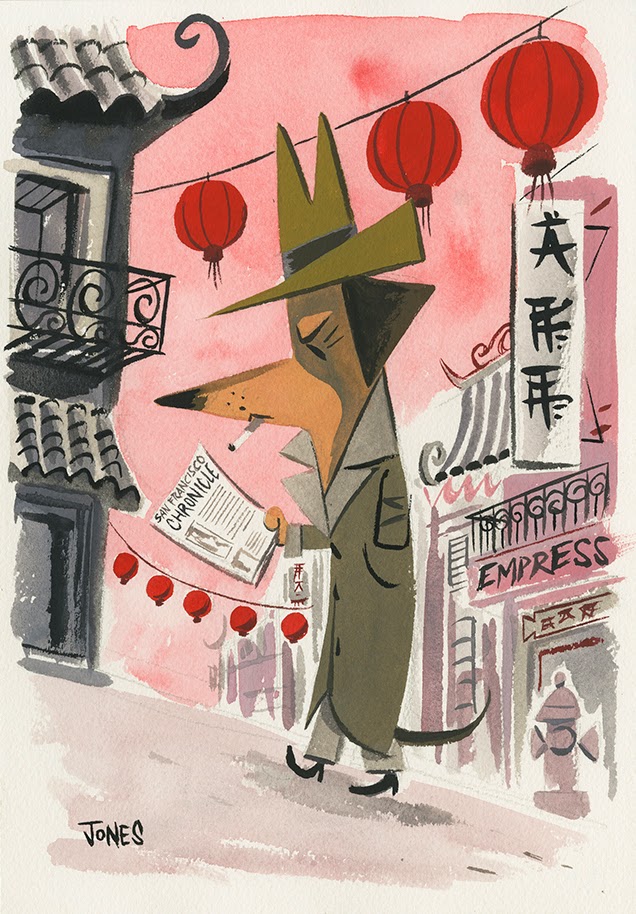 Dachshund Hammett had a San Francisco based Pet Detective Agency. This picture shows him in Chinatown tailing the philandering husband of the drop dead gorgeous French Poodle that hired him. 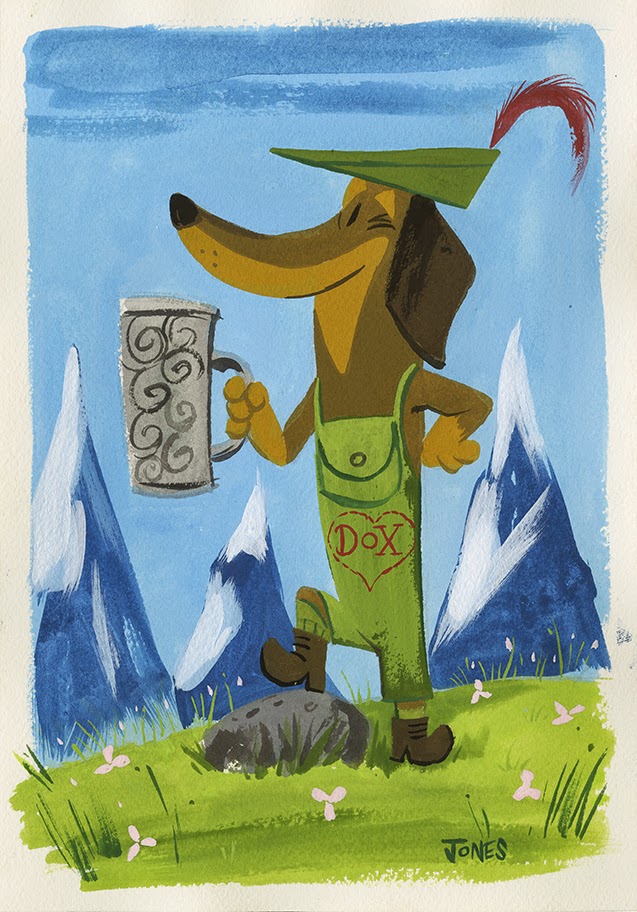 'Bavarian Dachshund'
Did you know the dachshund breed originates in the Bavarian Alps where they are specially bred to hold large quantities of beer? Mini lederhosen are tailored to each dog with their family crest sewn into the pocket. 'The Dachshund of Liberty' 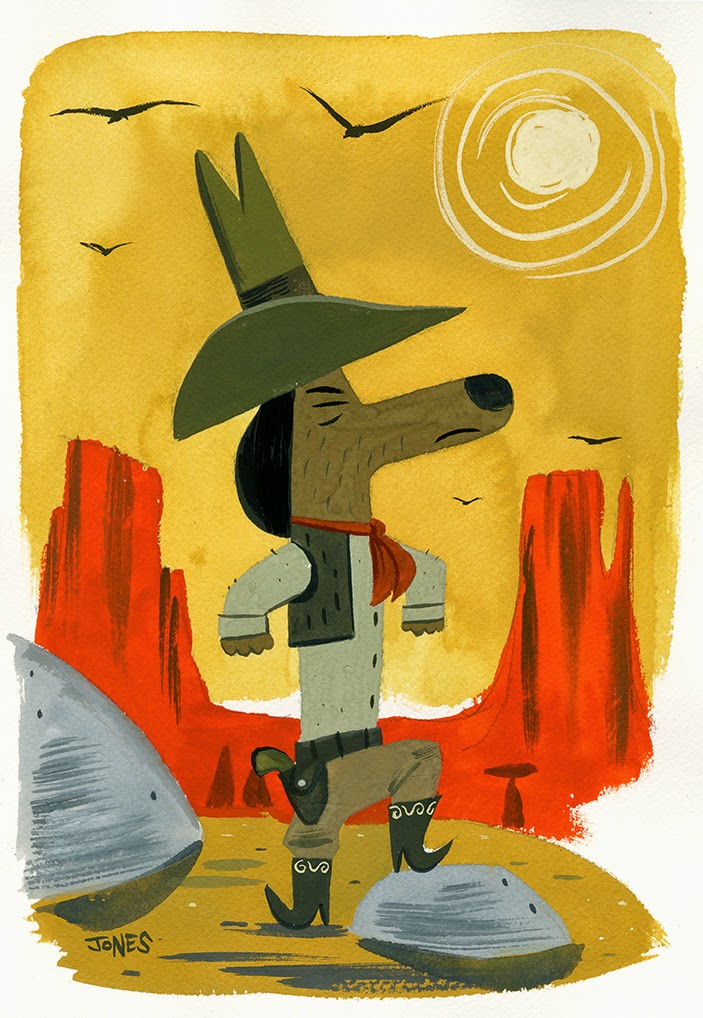 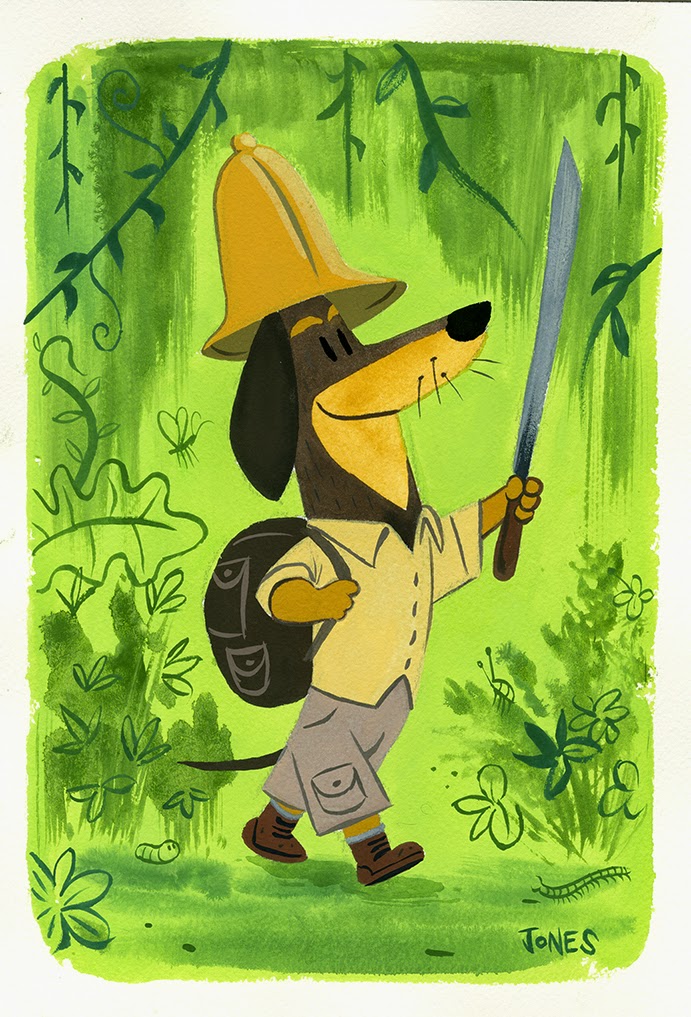 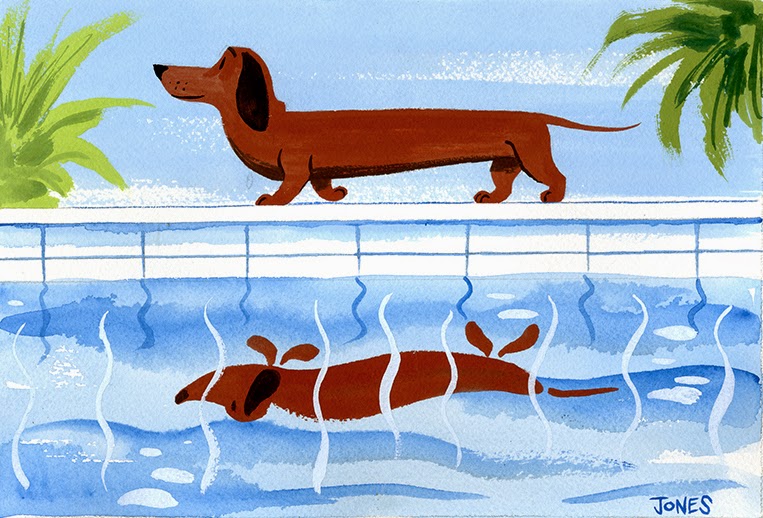 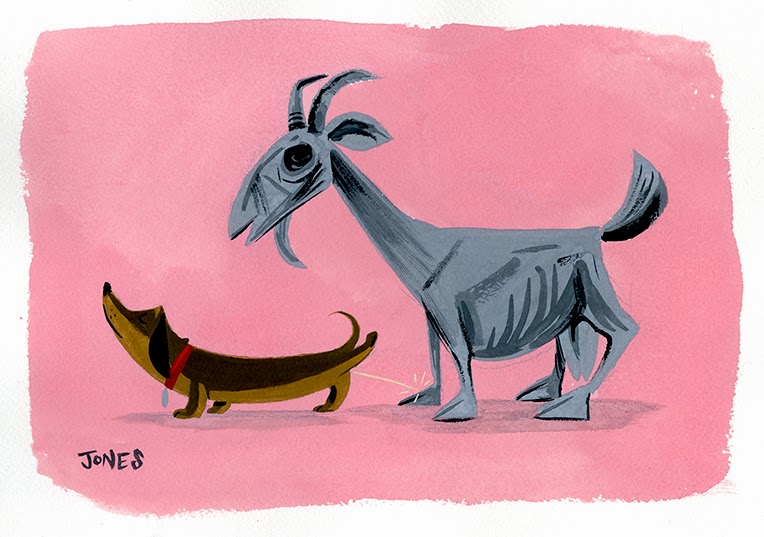 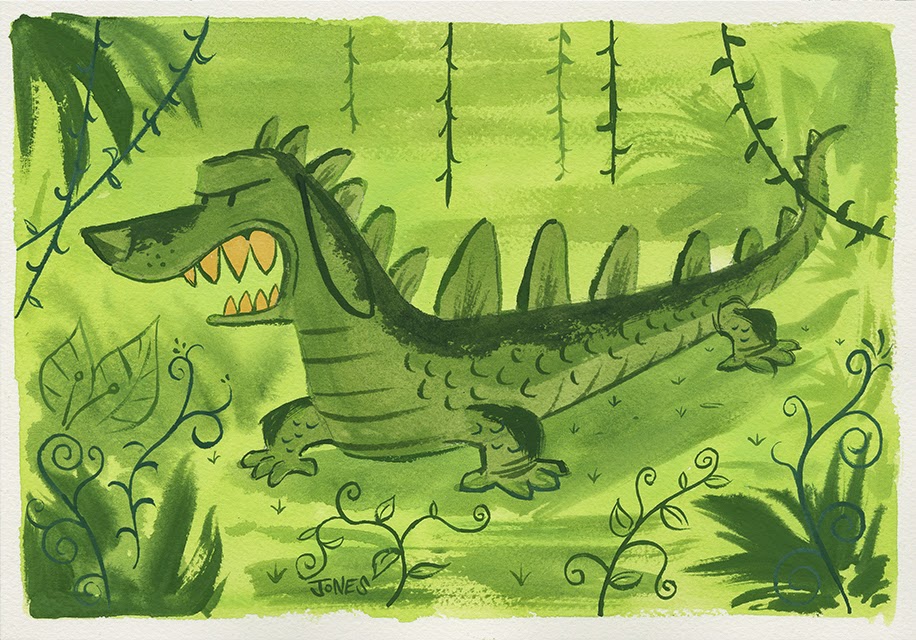 'Dachsosaur'
The prehistoric dachshund! Did you know dachshunds evolved from fearsome, giant creatures into the lovable dox we know today. 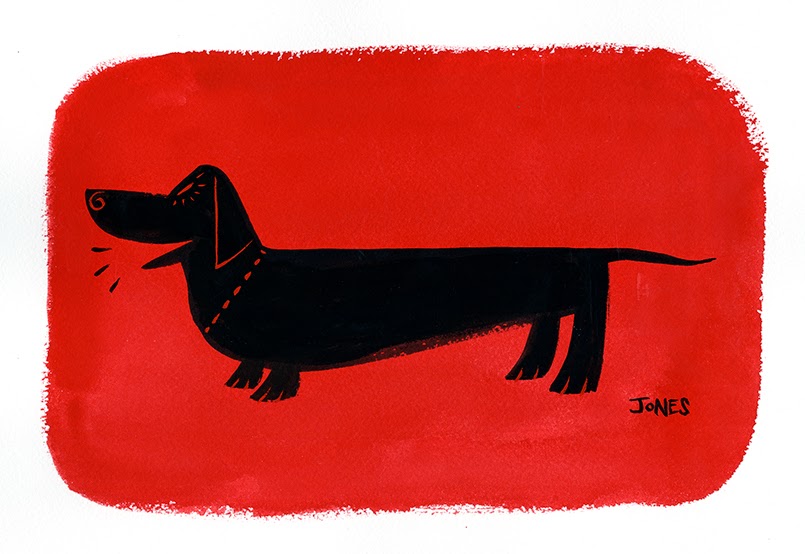 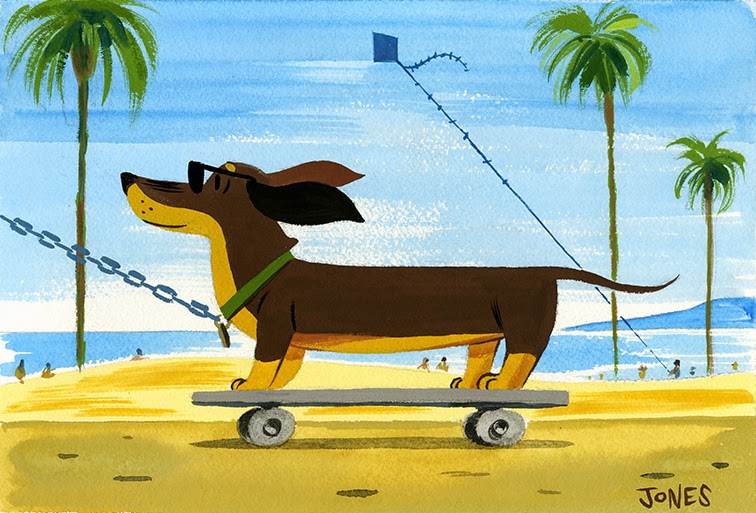 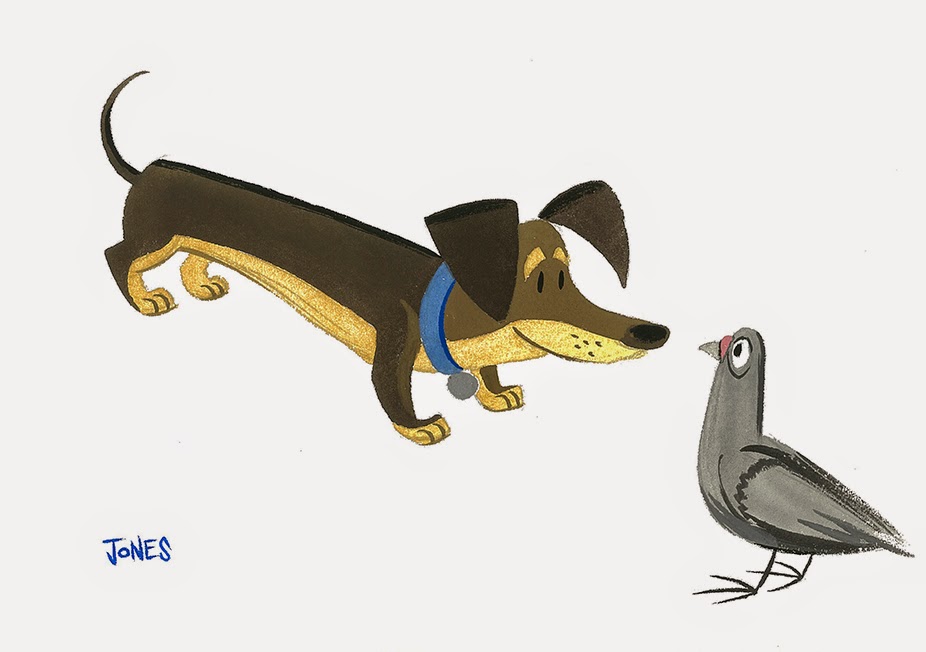 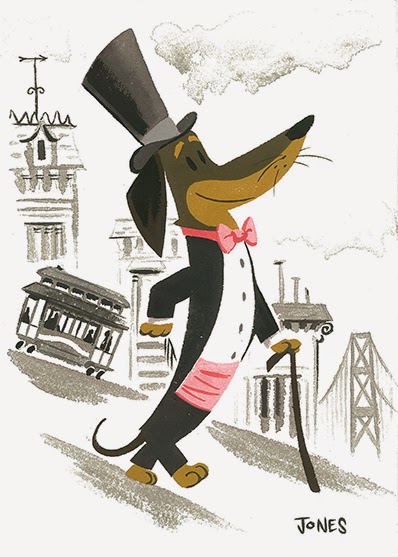 'The Dachshund of Nob Hill' 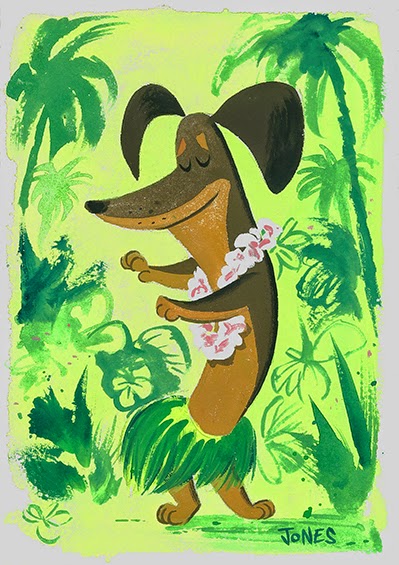