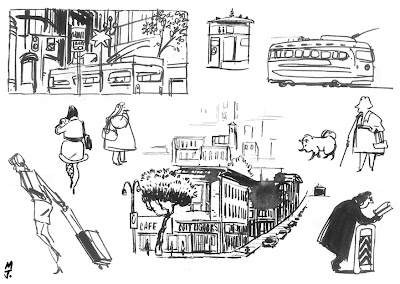 Here is the first batch of drawings made around town since I moved to this great city.  I have lots more exploring to do over the holidays so more sketches to come in the New Year . . . Happy Holidays folks! 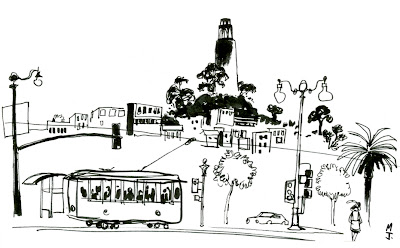 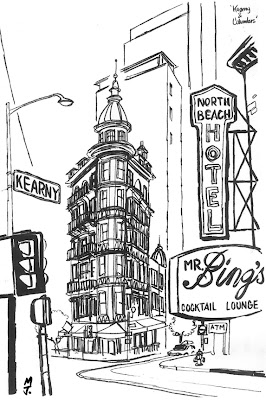 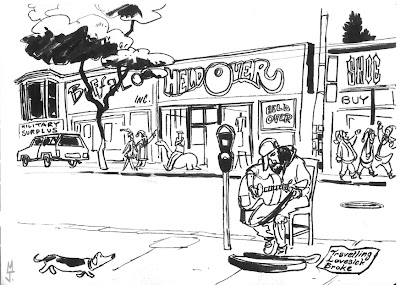 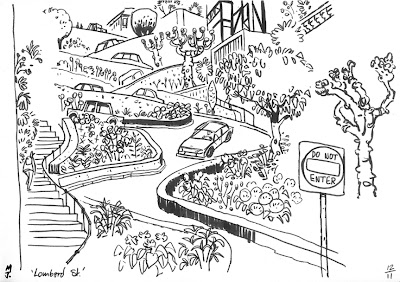 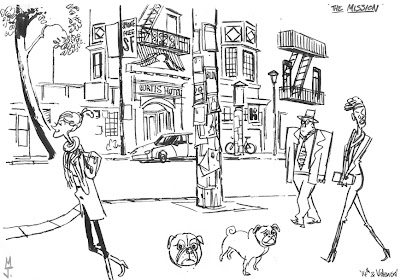 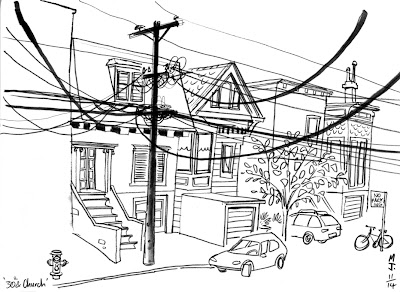 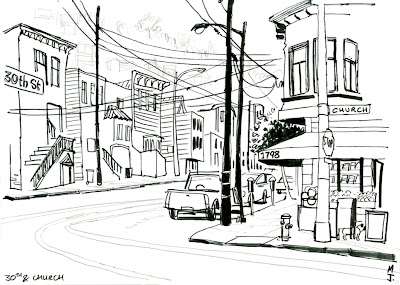 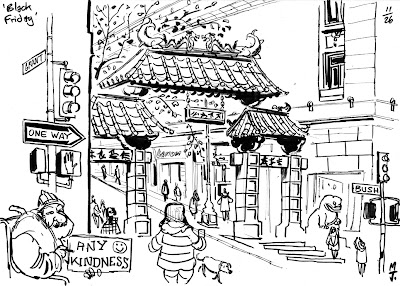 These are great! Are they done with a brushpen?

These are tremendous, Matt. Have a great Christmas.

These are wonderful. Full of your usual verve and playfulness. I visited S.F a few years ago - loved it.

gert lush! How about doing a panorama and selling some prints, mr jones?

Hey Matt, These are incredible!
I always love the clarity in your drawings.

PS: Happy Christmas from Heathrow Terminal 1...Airside! I'm finally out of the UK! Only took 4 days!

tons of character in these sketches Matt. Nice

man this is such a sick post! thanks for sharing these great sketches

These are truly wonderful.

Glad to see you're still doing these, Matt! Where's that book?...

Really impressive! Always enjoy your work and now these are some of my favorites. Thanks for sharing!

Many thanks for the comments folks-Happy New Year!!

Great stuff Matt they truly look terrific! Have a great 2011 ;)

Nice sketches of some iconic places!

these are great! thanks for charing